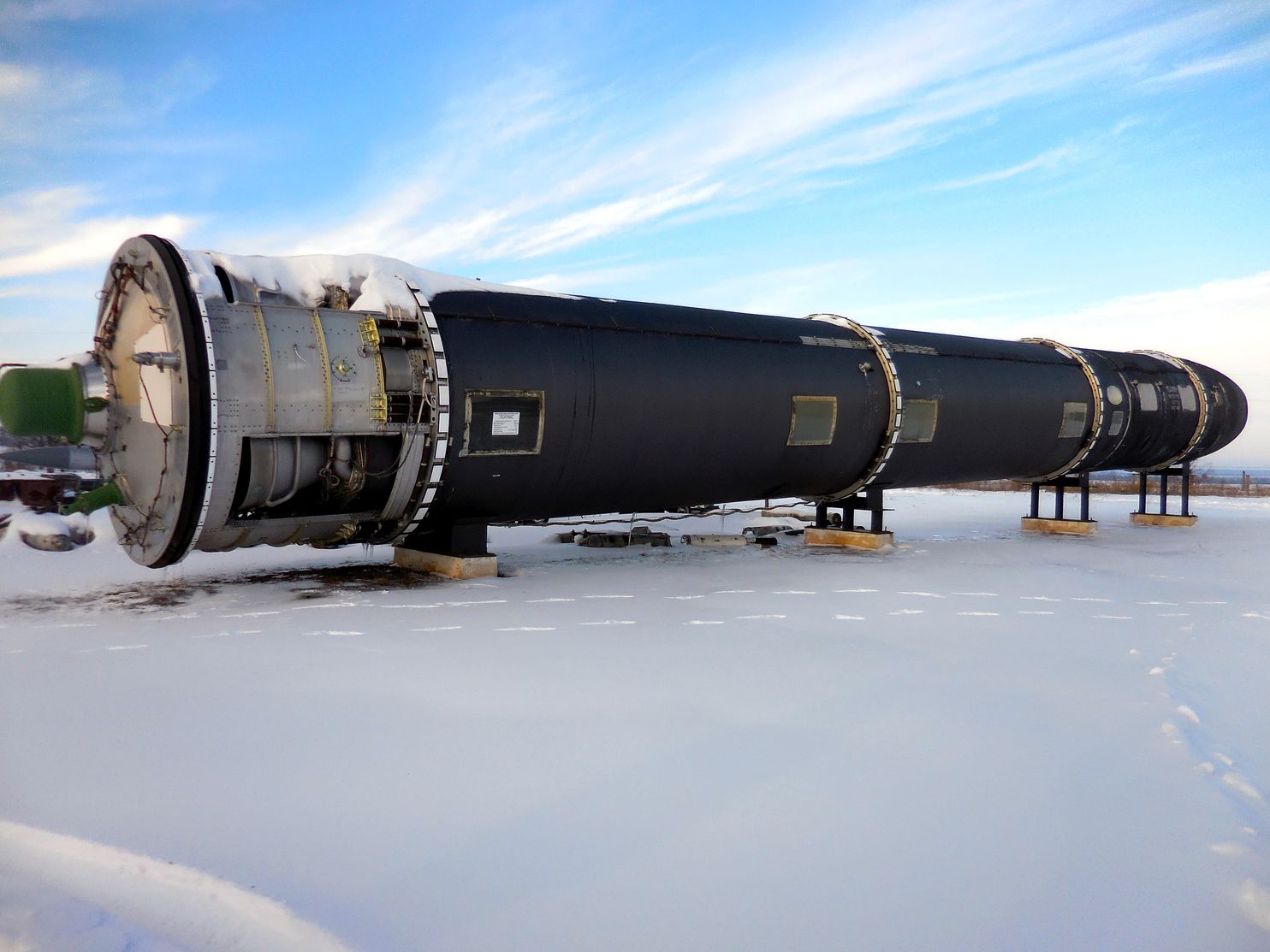 The global nuclear arsenal grew in 2021, despite the overall number of nuclear warheads going down, Stockholm International Peace Research Institute (SIPRI) concluded in its yearbook.

This marked a decrease from the 13,400 that SIPRI estimated these states possessed at the beginning of 2020.

Despite this overall decrease, the estimated number of nuclear weapons currently deployed with operational forces increased to 3,825, from 3,720 last year.

Approximately 2,000 of them, most in Russia’s and the United States’ arsenals were kept in high operational alert.

While the USA and Russia continued to reduce their overall nuclear weapon inventories by dismantling retired warheads in 2020, both are estimated to have had around 50 more nuclear warheads in operational deployment at the start of 2021 than a year earlier. 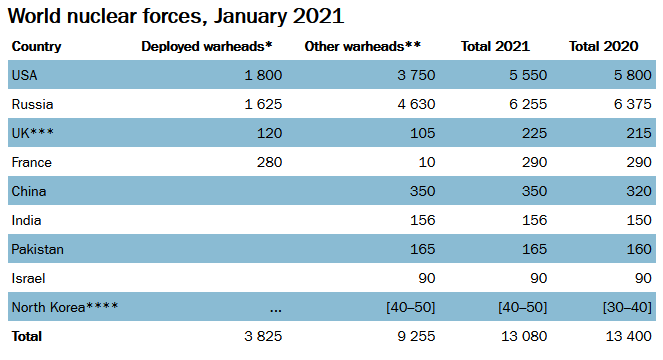 Both Washington and Moscow kept within the limits set by the New START, although the treaty does not limit total nuclear warhead inventories.

‘The overall number of warheads in global military stockpiles now appears to be increasing, a worrisome sign that the declining trend that has characterized global nuclear arsenals since the end of the cold war has stalled,’ said Hans M. Kristensen, Associate Senior Fellow with SIPRI’s Nuclear Disarmament, Arms Control and Non-proliferation Programme and Director of the Nuclear Information Project at the Federation of American Scientists (FAS). ‘The last-minute extension of New START by Russia and the USA in February this year was a relief, but the prospects for additional bilateral nuclear arms control between the nuclear superpowers remain poor.’

Russia and the USA together possess over 90 per cent of global nuclear weapons. Both have extensive and expensive programmes under way to replace and modernize their nuclear warheads, missile and aircraft delivery systems, and production facilities.

‘Both Russia and the USA appear to be increasing the importance they attribute to nuclear weapons in their national security strategies,’ said Kristensen.

All the other seven nuclear-armed states are also either developing or deploying new weapon systems or have announced their intention to do so.

The UK raised its planned ceiling of nuclear weapons from 180 to 260.

China is in the middle of a significant modernization and expansion of its nuclear weapon inventory, and India and Pakistan also appear to be expanding their nuclear arsenals.

North Korea continues to enhance its military nuclear programme as a central element of its national security strategy.

‘The entry into force of the Treaty on the Prohibition of Nuclear Weapons in early 2021 highlights the growing divide between the nuclear-armed states, which are all investing in the long-term future of their nuclear forces, and other countries that are impatient to see progress on nuclear disarmament promised by the Nuclear Non-Proliferation Treaty,’ said Matt Korda, Associate Researcher with SIPRI’s Nuclear Disarmament, Arms Control and Non-proliferation Programme and Research Associate.

The 52nd edition of the SIPRI Yearbook reveals some negative and some hopeful developments in 2020.

‘Despite outbreaks of conflict, rising military spending and of course the first year of a devastating global pandemic, overall global human security did not continue to deteriorate in 2020. The year’s crumbs of comfort included a significant drop in the number of people who died in armed conflicts around the world. Unlike previous years, the international arms trade did not expand. And the Climate Action Summit made some notable—if still insufficient—progress on climate goals,’ said SIPRI Director Dan Smith.

As such, there are many concerns, but also some positives that a nuclear apocalypse may not be incoming soon.