On September 1, HTS confirmed that Diaby was arrested by its security forces. Later, the group revealed in a statement that the French terrorist was taken into custody for establishing a self-administration in an area held by his group.

“He run his own miniature administration for the people of his area, which includes most of the civil procedures related to personal status such as marriage, divorce and transactions,” the statement reads.

HTS also accused Diaby, which is also known as “Omar Omsen,” of running his own jail and court in his area in Greater Idlib.

Diaby, 41, move to fight for al-Qaeda in Syria in 2013. According to French authorities Diaby was behind the recruitment of 80% of French-speaking jihadists in Syria and Iraq. In 2016, Diaby was recognized by the U.S. as a specially designated global terrorist.

The arrest of Diaby is the most recent episode in HTS ongoing campaign against foreign Jihadists in Greater Idlib. Last month, the terrorist group arrested American journalist Bilal Abdul Kareem and British aid worker Tauqir Sharif. These arrests appear to be an attempt to appease the West.

HTS ongoing campaign against foreign Jihadists
is campaign against all those who are not controlled by HTS and-or Turkey.
Objective is that all non Turk controlled rats are under total HTS control.
The only question is under whose control is HTS at the moment?

There is no other country that defends Idlib but Turkey. Erdogan is scared.

HTS is under no ones control. Turkey is scared of HTS. At late 2019 – 2020, HTS seized nearly all of Turkish jihadi occupied territory. Turkey set up posts along the Syrian – Idlib contact line because they thought their own jihadis were there but turns out, HTS’s influence stretches all over Idlib, not just in its own territory. They constantly attack the Turks, many Turks got killed and the idiots still refuses to let Syria wipe Idlib.

Deduction: Turks are idiots for not letting SAA liberate them from the scourge and territory they have invaded.
Your “explanation” has typical teenage vibe to it and I am too old to understand anything brilliant.

That was sarcasm you simpleton your comment is total crap and not explanation about anything!
You have no proves that HTS is not supported by somebody!
Your comment is just usual pile of nonsense written by many on this subject.
You laugh but you are not bothered about nonsense and absurdity of your comment that explains nothing really. Great !
Just do not bother to talk to me again you nitwit.

Hahahahahaha :D Why so mad? If you were actually able to read, you would see that I never, ever said HTS was not supported by “somebody”. I said they are under no ones control. And they have no one controlling them. HTS received funds from Qatar. Key word here, “Received”, as in past tense. But please, do give us a piece of your perspective. HTS targeted Turkish backed jihadis and killed many of them. A simple search would proof me right but asking something of someone who has his head stuck in his own ass is too much I guess.

I don’t know that I can be as presumptuous as you are.

I have no”perspective” and do not pretend to understand anything (like you pretend to do)
So I can’t explain many things and most certainly I can’t find any answers in empty self pleasing comments like yours.
Among other things you don’t effing know if there is someone to “control them ” or not !!
And if there is someone to control them you would be last person they would come to inform !

The ambiguity of Turk -HTS relations is not clear at all and same goes for everybody else of participants i n battle for Syria and Idlib
Newspapers are liars and people like you mostly are hardly worth reading.
We were told what they want us to know and what they want to hide from us, we might not be ever able to find out

Yes, but see the facts. One day it will turn to Turkish Vietnam and all fun is over.

lol..after 2042 ummah will decide the fate of white French..go on.. 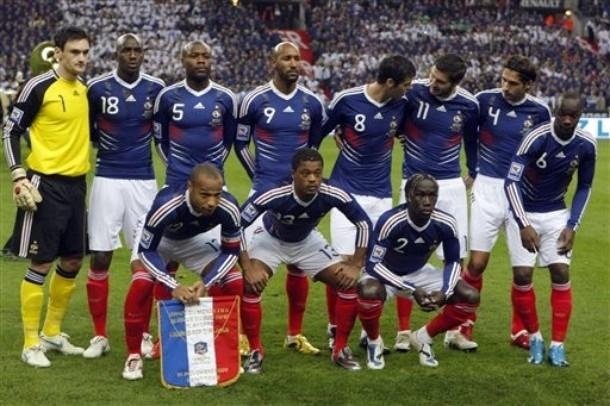 If he’s born in France, then he got citizenship.

Getting rid of nasty witnesses.

“The arrest of Diaby is the most recent episode in HTS ongoing campaign against foreign Jihadists in Greater Idlib. Last month, the terrorist group arrested American journalist Bilal Abdul Kareem and British aid worker Tauqir Sharif. These arrests appear to be an attempt to appease the West.”