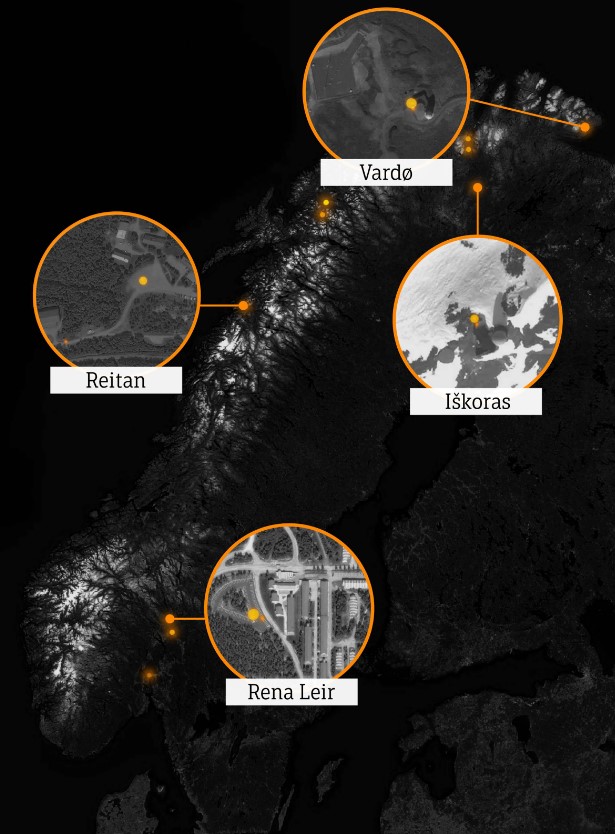 Every day, Norwegian officers and soldiers shout out where they are. Without knowing it.

NRK has acquired information on the movements of Norwegians from a British company. The company has a business address in the heart of London, and states on its website that they ‘make accurate data available to everyone’. The data NRK obtained shows accurate locations for 140,000 mobiles and tablets from 2019. The information comes from apps Norwegians have installed. The data package costs 35,000 Norwegian kroners and shows how easy it is to map parts of the lives of military personnel. Many of the people NRK has found utilizing the data are officers with in-depth knowledge of the Armed Forces’ weaknesses and strengths. Others have access to sensitive areas. This included, among other things, a soldier who has stayed in the quarters of the Armed Forces’ elite soldiers, and a person who has visited of the Intelligence Service’s stations in Northern Norway.

The information from the apps made it possible to see which houses some of them slept in, where they worked, which addresses they visited and where they were in their spare time. The data can be used to survey individuals, says Erik Reichborn-Kjennerud at the Norwegian Foreign Policy Institute (NUPI). The NRK’s findings worry the top management of the Defence Force, says Vice Admiral Elisabeth Natvig. She is the commander of the Defence Staff and is number two in the chain of command of the military forces. She now intends to review the Armed Forces’ routines and regulations for how military personnel use the smartphone…

In the data NRK has purchased, there are no names or phone numbers, but a unique identity for each mobile. It makes it possible to see where people have moved over time.

NRK can document that over 7500 mobiles have stayed within nationally defined prohibition zones. These are places that have extra protection against surveillance and mapping for the sake of the kingdom’s security.

Among these mobiles, NRK has uncovered the identity of a number of employees in the Armed Forces, who together have visited over 20 military camps.

One of the most interesting findings concerns a Norwegian officer who has led a military overseas mission in a war zone.

Also, NRK found an officer and several others using the National Security Authority’s (NSM) map of prohibition zones in Norway.

The points on the map show the movements of mobiles within prohibition zones. The stronger it glows, the more positions are registered. This makes it possible to see only mobiles that are probably owned by people connected to the Armed Forces.

It was also possible to follow the movements of the officer who has been on foreign missions in a war zone. His positions were shared more than 1,000 times over 10 months.

His tablet was registered at a number of central defence facilities in Norway. Among other things, two radar systems in Northern Norway. 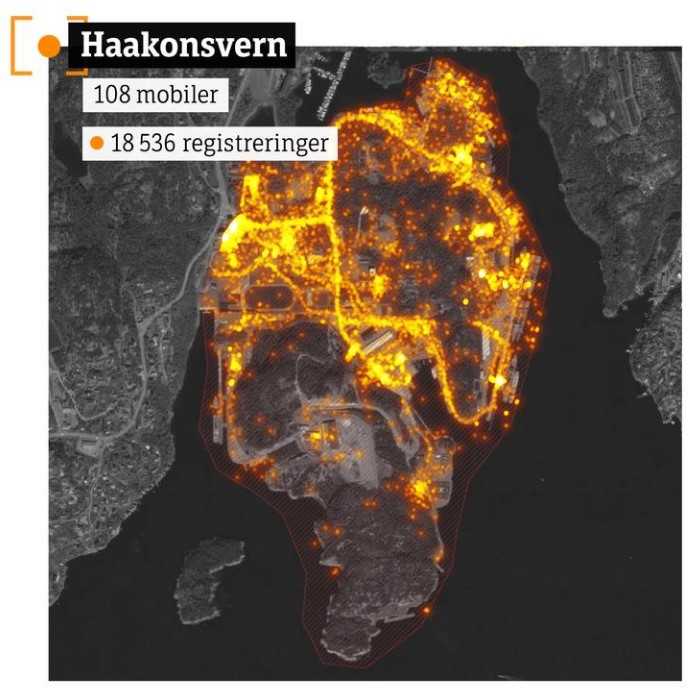 This information indicated that the officer had central tasks in the Armed Forces, but it was not enough to find his name. NRK investigated where his mobile phone was at night. This is how we found what was probably his home address.

It was also possible to chart a rich social life outside of work by linking information from multiple websites with the mobile movements. In 2019, for example, he travelled to a cottage in another region. It was registered with a member of the Armed Forces. On social media it emerged that the two were friends. NRK has been in contact with the officer and provided him with the information. He referred all questions to the Armed Forces.

The officer is just one of many that can be mapped in this way. NRK has identified employees in all Armed Forces branches. For some of the officers, it only took one to two hours to map parts of their lives. NRK has chosen to omit identifying information about the people.

For an adversary considering a military or intelligence operation against Norway, it would be extremely useful to know who is doing what in connection with the Armed Forces and all branches of the security forces.

Private cellphone data collection companies are everywhere and usually perfectly legal. They buy and sell data from even larger internet data aggregators and public sources. They can associate any online ID to a real person, residence, age, occupation (or school). No practical regulation by governments, because they love to buy/sell this data, too.

Isn’t it nice to know that pedos can use data from these companies to identify and track your kids by their cell phones if the take them to school? They know where your kids live and when they go to the park or the mall on weekends. Instead of punishing abuse of mass data collection, the government just tells your kids to ‘be careful online’ and report suspicious activity. FFS…