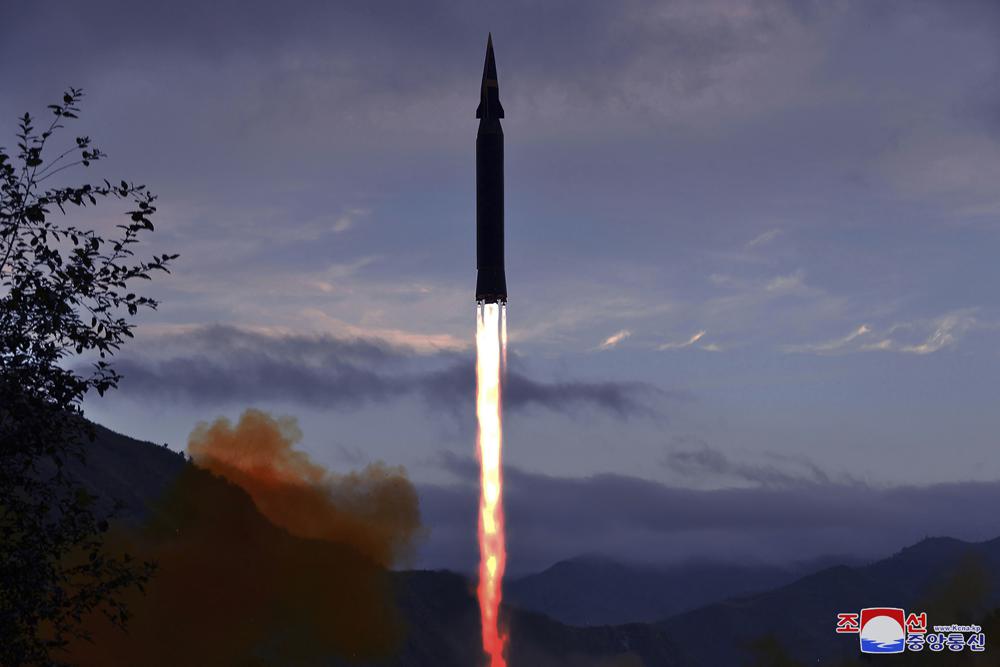 On September 29th, North Korea said that it had tested a new hypersonic missile called Hwasong-8 on the previous day.

The missile performed to its technical targets “including the guiding maneuverability and the gliding flight characteristics of the detached hypersonic gliding warhead,” state outlet KCNA reported.

North Korea fired the missile off its east coast towards the sea, South Korea’s military said on, as Pyongyang called on the United States and South Korea to scrap their “double standards” on weapons programmes to restart diplomatic talks.

Unlike ballistic missiles that fly into outer space before returning on steep trajectories, hypersonic weapons fly towards targets at lower altitudes and can achieve more than five times the speed of sound – or about 6,200 km per hour.

The North’s hypersonic missile is at an early stage of development judged by detected velocity and other data, and would take a “considerable period of time” until it could be deployed in combat, the South’s Joint Chiefs of Staff said.

North Korean leader Kim Jong Un did not inspect the launch, according to the report.

“In the first test-launch, national defense scientists confirmed the navigational control and stability of the missile,” the report said.

The report also said the test confirmed the stability of the missile’s fuel capsule, indicating a technology to add liquid propellant beforehand and keep it launch-ready for years. And a North Korean official said the North planned to expand the system to all its liquid-fuel missiles.

Liquid-fuel missiles are more vulnerable than solid-fuel missiles because they need to be fueled separately and transported to launch sites using trucks that can be seen by enemy satellites or other military assets.

North Korea last week made offers to improve relations with South Korea under certain conditions, apparently returning to its pattern of mixing weapons demonstrations with peace overtures to wrest outside concessions.

Negotiations over its nuclear program have been in a stalemate since February 2019. North Korea has demanded the lifting of U.S.-led sanctions while insisting it has the right to nuclear weapons. U.S. officials have made it clear the sanctions will stay in place until the North takes concrete steps toward denuclearization.

Kim Jong Un in recent political speeches has vowed to bolster his nuclear program as a deterrent to the U.S.

His government has so far rejected the Biden administration’s offer to resume talks without preconditions, saying that Washington must abandon its “hostile policy” first, a term North Korea mainly uses to refer to sanctions and joint U.S.-South Korea military drills the North considers to be an invasion rehearsal.

North Korea’s hypersonic missiles have been in operational for some time. The missile is called Hwasung-7. There have been a series of Hwasung missiles such as Hwasung-6, Hwasung-8, 9,10 and up to Hwasung-15, but never revealed Hwasung-7 before this revelation. Wondered why North Korea skipped/left out the number 7.

Why do american pigs still occupy the South of the Peninsula?

The Korean are one people. Foreign garbage must be ejected from the region.

Best News Ever. Hope its True. If it is, then we all know what it means – Iran will have one (N-K supplied of course) next week and that means one more nail in Israel’s coffin. :)