North Korea has declined to liquidate its nuclear and missile program, as NATO demanded to do this. 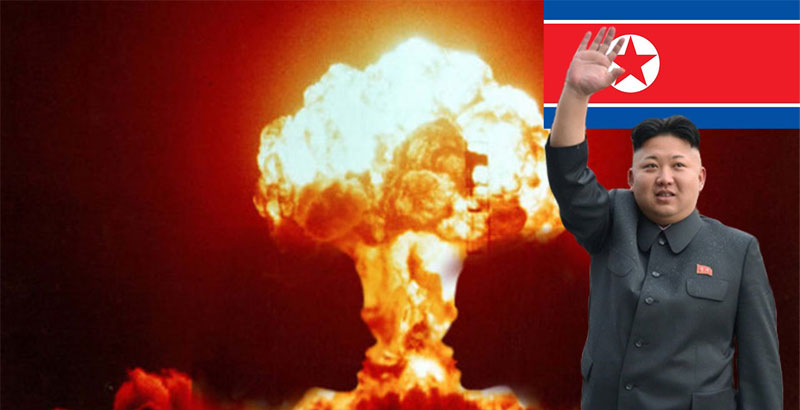 North Korea has rejected the demand of NATO to abandon its nuclear and missile program, the Korean Central News Agency reported.

The Democratic People’s Republic of Korea was perplexed by the fact that NATO, “an official function of which is to ensure security in the North Atlantic region, ‘sticks its nose’ into the affairs of the Korean Peninsula.”

Pyongyang believes that making such a demand, “NATO has proven that this military-political bloc turned into a puppet of the US.”

“This organization is currently playing the role of a tool, which undermines international peace and security,” the news agency stressed.

According to the Korean Central News Agency, on December 15, NATO approved a statement, which condemns the missile and nuclear program of North Korea. According to the statement, the Pyongyang’s actions violate international norms, relevant to the UN Security Council resolution.

Kim has some courage and he knows well that if he liquidate the nuclear programme, US will make DPRK another Iraq.

If NATO leads and stop making nuclear and biological weapons then even America and Russia will also think about this but at the moment NATO countries are rapidly increasing their stock piles and advising to others don’t do this. So this action look like childish.

because bullies prefer their victims unarmed.

You only become secretary of NATO if the US agrees to your appointment. Therefore all NATO secretaries are American puppets. Hell, the only reason the Netherlands supported the US invasion of Iraq and sent troops there to partake in the occupation was so the then Dutch foreign minister could and did become secretary-general of NATO. Utterly shameful. Never have I seen the national interest of the nation made subservient to the ambition of one man. Well, actually I have, but never this blatantly obvious.

Another avenue to trouble China.. China has a little more influence on NK then US has anymore on so called “moderate” rebels in Syria.

hy nobody talks about Israeli nuclear power?sick of that.

“The Democratic People’s Republic of Korea was perplexed by the fact that NATO, “an official function of which is to ensure security in the North Atlantic region, ‘sticks its nose’ into the affairs of the Korean Peninsula.”

Hahhah, great riposte! FAR better than the stupid Putin-Lavrov duo’s “partners” rhetoric and weak responses to Western verbal attacks on Russia (IF they even respond at all). BRAVO!

Is NATO trying to take over the role of the UN? Not much of a role the UN is playing by allowing the US, UK and France with Saudi, Qatar to systematically violate UN Charter.

NATO have no independent voice; they are the voice of the USA. The Korean assessment that NATO is a tool for undermining international peace and security is the most accurate description of the aberrant/ abborant actions of the post Warsaw Pact NATO.organisation. This organisation must be pulled down by a Brexit- type phenomenon of key EU nations. It is a hideous relic of the cold war era, I dare say an out-of- season denausseur! These guys must be simply crazy!! After the colonial project in the indigenous world (set in place by Europe in the wake of the 1884 Berlin Conference) and the ongoing neo-imperial campaigns of the later-day colonialists (NATO) not to mention the UN(US) reversalist Korean War of 1950-53, the Koreans cannot be rationally expected to do otherwise but to go nuclear. Guys, why does this world continue to be cheer leaders of the insane Western nations on their sure march to self appointed hell and demse. The language of communication of an imperialist is counter-imperialism and counter violence. The nuclear option is the only answer to the foreign-inspired inter-Korean crisis. The other option is the military disengagement of the USA from the Korean peninsular and the revival of unprostituted inter-Korean dialogue.

Nuclear-armed NATO has no business telling any country what they can have.