After going for one month without a ballistic missile test – which some analysts had taken as indication that Trump’s hard-ball tactics with Kim Jong Un are bearing fruit – on Saturday morning local time, North Korea has launched at least three ballistic missiles into the East Sea according to South Korean and U.s. militaries Yonhap reports. According to USPACOM, the first and third missiles failed in flight, and the second blew up shortly after launch. The North fired “several unidentified projectiles” from the vicinity Gitdaeryong in Gangwon Province starting at around 6:49 a.m., said the Joint Chiefs of Staff (JCS). Some of those flew more than 250 kilometers in the northeastern direction, it added.

“The first and third missiles at 11:49 a.m. (Hawaii time) and 12:19 p.m. failed in flight,” the PACOM’s spokesman Cdr. David Benham said in an emailed statement. “The second missile launch at 12:07 p.m. appears to have blown up almost immediately.”

The full Pacific Command statement is below:

Separately, NORAD has determined that the three ballistic missile launches did not pose a threat to North America, he added. South Korea and U.S. armed forces are conducing their annual joint drills, called Ulchi Freedom Guardian (UFG), in Korea.

To be sure, the missile launch was to be expected, after the DPRK hinted one would be forthcoming in response to the ongoing Ulchi Freedom Guardian large-scale military exercises between South Korea and the United States. North Korea has also repeatedly threatened to attack Guam, a Pacific island territory of the US that carries a large American military presence.

Japanese government officials told Japan’s Kyodo news service that the North has fired “a projectile” into the waters between the Korean peninsula and Japan. If confirmed, it will be the North’s 13th missile test this year, and its first since restrictive new UN sanctions were imposed earlier this month. In July, the rogue state launched two intercontinental ballistic missiles, which North Korea claims could reach “anywhere in the world.” The last missile launch was on July 28, a test of the long-range Hwasong-14 intercontinental ballistic missile (ICBM) that could potentially strike the US mainland.

Ironically, on Tuesday Rex Tillerson openly said in Washington that, “I am pleased to see that the regime in Pyongyang has certainly demonstrated some level of restraint that we’ve not seen in the past.”  He expressed hope for dialogue with Pyongyang.

President Donald Trump also voiced cautious optimism, talking about the North’s leader Kim Jong-un. “I respect the fact that he is starting to respect us,” Trump said at a campaign rally earlier this week. “And maybe – probably not, but maybe – something positive can come about.” So much for that.

And now that Kim John Un has once again provoked and openly defied Trump before the entire world, the ball is in the US president’s court, which is problem as Trump had escalated the mutually assured jawboning to such a degree, that following this stark provocation by Pyongyang, any non-response by the US president will be perceived as a sign of great weakness, and will hardly be approved by either of the two Generals that now advise Trump on a daily basis.

so, kim began to destroy own missile capacities :DDDDDD

With missile tests you expect that they fail, that what testing is for. But that all three failed is not the propaganda effect NK hoped for, for sure.

This is US propaganda don’t believe anything from the very political USPacCom, they are trying to downplay the launches. NorAD didn’t see them as a problem since they weren’t threatening North America as the Commander there is Canadian so it means a cooler head prevailing.

It doesn’t matter, as the game is back at the Trump administration, to “show strengths”.

Think twice, if it is true, than NK shows how weak they really are. No matter, they still keep resisting foreign demands. And it does not mean that the next missile, maybe shot in anger, would fail too. The message has been send nevertheless.

Apparently all 3 were successful but none of them appeared to be a threat since no great distance was traveled. The media will show the same failed launches again from 2012.

during development is ok. but these missiles are already in service.

With other words, circus director Kim Jong-Un is leading the Trump administration through the circus arena on their nose rings again.

In this propaganda show the USA cannot win.

Kim has won and outsmarted the racist Supremacist Jews and their so called racially superior Jewish intellect , running the slave Goyims in the USA.

China Warns Trump: “We Will Prevent A North Korea Regime Change”
In a troubling repudiation of President Donald Trump’s demands that Beijing do more to rein in its bellicose neighbor, Beijing, through the state-owned media, cautioned the US president on Friday that it would intervene (militarily) on North Korea’s behalf if the US and South Korea launch a preemptive strike to “overthrow the North Korean regime,” according to a statement in the influential state-run newspaper Global Times.

Not a lot of people seem to understand what is really going on in Korea including the article above. US was supposed to have a military exercise starting August 21, but canceled it. US heeded the North Korean warning about the exercise. Otherwise North Korea would have launched the IRBMs. There won’t be US military exercises in south korea any more from here on out with looming North Korean IRBM launch around Guam. Guam this time, Hawaii next time and then US east coast and west coast.

The US Pacific Command could not tell difference on radar screen between Ballistic missile weight 30 tons and 1 ton MLRS. The DPRK proved in real swarm launch the DPRK can fire 100 cheapo 1 ton 300 mm MLRS to act as decoys for 30 ballistic missiles. The US ABM can launch only 48 interceptors tracking 100 MLRS and 30 ICBM. The ICBM plus decoys will overwhelm THAAD. Two thirds of ICBM will make it into mid phase. The GUAM attack plan shows that 4 missiles are for each target. So 67% of 4 missiles will make it to each target. Targets will have 90 plus percent of nuclear elimination. 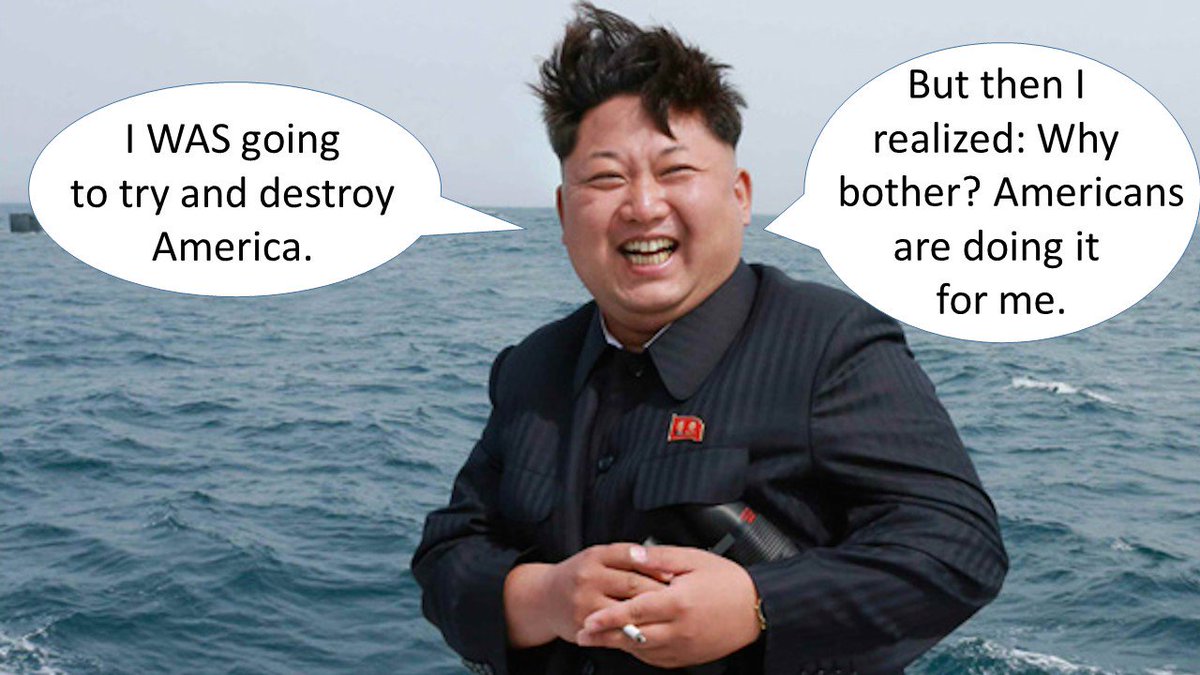