North Korea has announced its readiness to response to any US provocations by military actions. 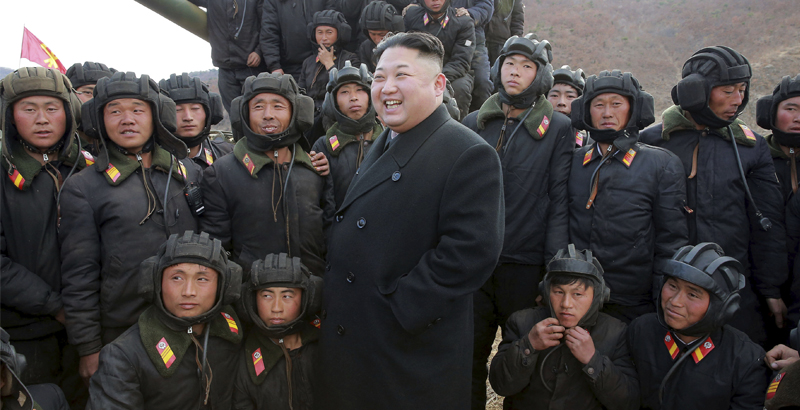 The Foreign Ministry of the Democratic People’s Republic of Korea (DPRK) believes that a dispatch of a US strike air group to the Korean Peninsula proves aggressive intentions of the US, which North Korea is ready to respond to, the Korean Central News Agency (KCNA) reported on Tuesday.

“[The dispatch of the Carl Vinson nuclear aircraft carrier to the water area off the Korean Peninsula’s coast] proves that the scenario of the US invasion of the DPRK has reached a serious phase. If the US dares to make a choice in favor of military operations, shouting slogans about a ‘preventive strike’ and ‘destruction of staffs’, the DPRK is ready to react in any form of military action, desired by the US,” the news agency quoted the ministry’s statement.

The statement also noted that the DPRK does not beg for peace, but is always “ready to defend itself by force of arms.”

Meanwhile, the acting president of South Korea warned that the DPRK could launch new provocations in the near future.

“There is a possibility that the North launches more grave provocations such as another nuclear test to mark a number of anniversaries, for example, the convocation of the Supreme People’s Assembly [SPA],” media quoted a statement of the South Korean leader on Tuesday.

Reportedly, the SPA session opens on Tuesday. In addition, the 105th anniversary of the birth of the founder of the People’s Republic of Kim Il-sung will be solemnly celebrated in the DPRK on Saturday.

Earlier it was reported that the US Navy strike group with the Carl Vinson aircraft carrier is going to be dispatched to the area of the Korean peninsula. The group also includes two destroyers and one cruiser with guided missiles on board, capable of intercepting ballistic missiles.

On Sunday, US National Security Adviser Lt. Gen. Herbert McMaster stressed the legitimacy of such a decision, noting that Pyongyang’s nuclear arsenal is “unacceptable.” He also added that US President Donald Trump asked country’s military to be prepared to “offer the full range of opportunities to eliminate this threat.”

On Saturday, it was reported that the US National Security Council handed over to the US President a report on possible responses of the US to a nuclear threat from North Korea. The report allegedly included such options as a murder of North Korean leader Kim Jong-un and deployment of nuclear weapons in South Korea.

I bet the south Koreans are shitting their pants right now, wondering wtf are you doing US?! If US attacks DPRK they for sure will start attacking the south