A number of media reported that North Korea has conducted an unsuccessful missile test. 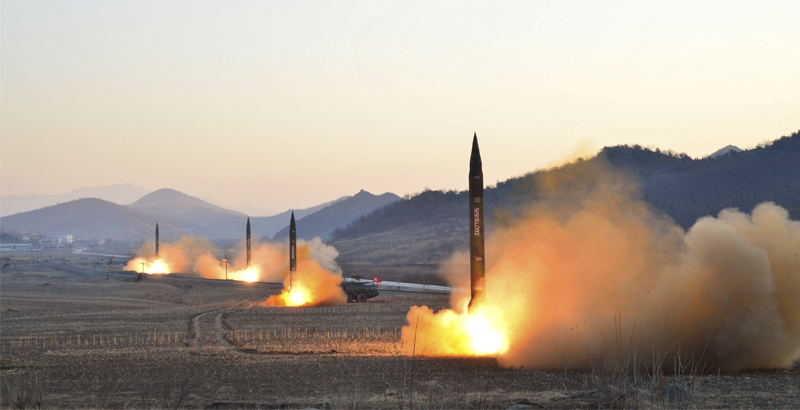 North Korea has launched a missile from the eastern coast in the area of Wonsan city on Wednesday, the Kyodo news agency reported, citing government sources. The missile type is unknown. Presumably, the test was unsuccessful.

“A missile appears to have exploded within seconds of launch,” the Reuters news agency quoted the words of spokesman for US Pacific Command, Commander Dave Benham.

“It may have exploded right after it took off from a launch pad,” the news agency quoted its another unnamed military source.

In early March, North Korea launched four missiles, one of which fell just 200 kilometers from Akita Prefecture, located in the north-west of the main Japanese island of Honshu, while three others fell 300-500 kilometers from this prefecture. The missiles fell at regular intervals of about 80 kilometers. That indicates a potential capability to carry out simultaneous strikes on several targets with missiles, fired from the same point.

Japanese Prime Minister Shinzo Abe considered these launches “a new level of threat” for Japan. Later, North Korea called them a part of the drills of a unit, specializing in striking on US military bases, located in Japan. The fact of existence of such a unit caused a shock in Tokyo. Japan does not exclude a possibility of introduction of its own new sanctions against North Korea.

A few days ago, North Korea released a new propaganda video, showing the country’s missiles launches and ‘destruction’ of a US strategic bomber and an aicraf carrier with these launched missiles.