U.S. United Nations Ambassador Nikki Haley is escalating the rhetoric from Trump’s “we’ll see” comment and aggressive tweets as she tells an emergency meeting of the U.N. Security Council, that “enough is enough” and that North Korea’s leader, Kim Jong Un, is “begging for war” with his “abusive use of missiles.” “The time for half measures in the security council is over. The time has come to exhaust all of our diplomatic means before it is too late.

Just last month, the 15-member Security Council unanimously adopted new sanctions to slash by a third Pyongyang’s US$3 billion annual export revenue, which could be channeled to fund its nuclear and ballistic missile programs.

Some additional quotes from Haley include:

“We have taken an incremental approach, and despite the best intentions, it hasn’t worked.“

“War is never something the United States wants, we don’t want it now, but our people’s patience is not unlimited.”

“We have kicked the can down the road long enough. There is no road left.”

“The United States will view every country that does business with North Korea” as aiding their nuclear ambitions.”

Here are the countries that trade with North Korea, based on 2015 data from MIT’s Observatory of Economic Complexity.

Additionally, in a veiled swipe at China, she also said it is “insulting” to propose a so-called “freeze for freeze” under which South Korea and the U.S. would suspend its annual military exercises that provoke Pyongyang in exchange for a halt to the North’s provocations.

Finally, we noted that at the top of the emergency meeting, Axios reports, a top U.N. official said North Korea’s hydrogen bomb test blast was 5 times as powerful as those resulting from the attacks on Hiroshima and Nagasaki.

Haley is an ignorant imbecile in the best traditions of the US State Dept.
She should be wary of what she wishes for.

Haley IQ is very low and she mixed and she doesn’t fully understand who is the aggressor here. N.K asking for protection and Haley and her gangsters from Washington looking for wars

Of course she knows. Politicians aren’t in it to tell recite historical accuracy and the truth, they’re in it to come up with excuses for their policies.

Bru
Reply to  The Farney Fontenoy

goingbrokes
Reply to  The Farney Fontenoy

yes, brilliant! And Haley actually said : “They are begging for it!” Begging to be raped! Even better.

Hey Haley. Close your mouth, your string is showing!

So hypocritical and shameless,
– they dare to refer to Hiroshima and Nagasaki, forgetting to say that it was the USA which committed the genocide of these huge cities, on civilians, and that the USA are the sole country to ever have used nuke as a weapon, i.e. the sole threat to humanity
– if the US not only have tons of nuke and even use them, why can’tg other country have a few to protect them from further aggressions by the US regime?
– who has right to loose patience if not Korea, she forgets to say that Korea attacked no other country, but were aggressed by the USA which waged war against Korea and managed invading and occupying half of it
– who is all the time begging for war against other countries if not the US regime?…

“War is never something the United States wants…” That is an outright lie; the US is always doing something to provoke war. This loudmouth bitch is out of control.

US would have invaded North Korea already had it been able to do it. US can’t and won’t do it since they know what North Korea has.

You’re NOT getting another war so just phcuk off. Go home. Kill yourselves instead. 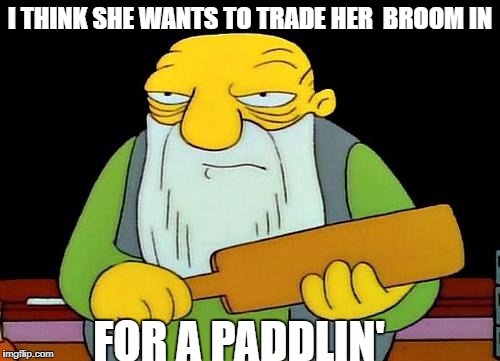 It is pleasing when I find a mind which is thinking along exactly the same
lines as my own.

NK wants war,
The US never wants war,
It’s insulting to expect anyone to back down when someone points their ICBMs at you.

One has to wonder if this silly twot thinks everyone else was educated in America…..

It’s Kabuki Theatre. …..Kim should get an Oscar.
All the Nuke tests from 2006 – 2016 are near identical signature.
It’s possible**…..NK does not even have a working nukes program,
Yet are lighting off Old* Nukes…. given them by Russia and China.

Trump tells China to not Trade with NK. ..or Else.
Julian Assange Tweets Trump will be deposed if Trump blocks $650 Million in China/US Trade.

How do you end up with Trump/Hillary…..and then Black social chaos pull down Southern Civil War statues?
http://imgl.krone.at/Bilder/2015/05/09/Hier-testet-Kim-Jong-Un-erstmals-U-Boot-Rakete-Weltklasse-story-452515_630x356px_4_DPjMmrhH_cjQg.jpg

And the Academy award goes to….

Dumbass Nikki Haley who cannot even write a speech, is trying to wag her fingers at North Korea? Why is she not wagging her fingers at her own country, which dropped 600, 000 bombs on North Korea???? If you commit crimes as a police, the police should be charged! USA, your criminal sheet will full volumes of books! Shut to F/..K up International Outlaw and Robber and LIAR!