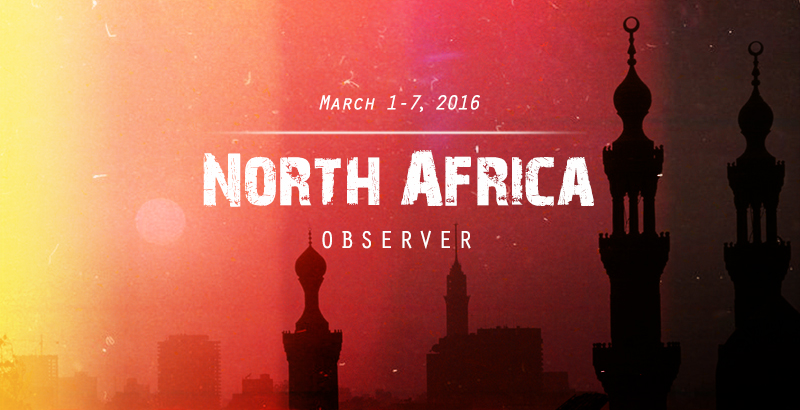 Algerian Prime Minister Abdelmalek Sellal has received the Angolan Foreign Minister Georges Rebelo Pinto Chikoti on Thursday, in Algiers.1 The main topic of their talks was improvement of the bilateral economic cooperation. African countries can improve the living standard and level of security of their citizens only if they strengthen mutual economic and political ties.

Ban Ki-moon visited Algeria last week. He held talks with Polisario Front’s officials (political representatives of the Saharawi people)2 and Prime Minister Abdelmalek Sellal.3 In the center of the discussions were the questions of Western Sahara’s status and the right of self-determination of the Saharawi people. “Algeria supports to the efforts of the UN chief and his special envoy Christopher Ross to resolve the conflict and allow the Sahrawi people to exercise their unalienable right to self-determination in accordance with the international law and the related UN resolutions”, Sellal said. UN General Secretary replied that “the Saharawi people have the right to have dignity and self-determination”. This is a “strong” statement coming from the highest possible position in the UN, considering that Morocco stands on the position of its interests and legal claims (in other words – sovereignty) over that peace of territory.

Egyptian President Abdel Fattah Al-Sisi had a very busy week. On Tuesday, he arrived in Tokyo, where he exchanged views on the bilateral relations with Crown Prince of Japan Narohito.4 Egypt is interested in attracting more foreign investments, thus he welcomes Japanese companies and investors, especially in the energy sector and infrastructure. Moreover, Al-Sisi wanted to learn more about the highly efficient Japanese education system and implement some of their policies in Egypt. On the next day (March 2), the Egyptian President visited South Korea5 where he was once again focused on boosting economic ties particularly in energy projects and the new development in Suez Canal area as well as improving Egypt’s education. On Monday (March 7), Al-Sisi welcomed the Iraqi President Fuad Al-Masum.6 The two leaders discussed the current situation in Iraq and its implications on the security of the whole Middle East. ISIS and counter-terrorist efforts conducted by the Iraqi government were also discussed during their meeting.

Libya – One Thursday, the Italian Foreign Minister Paolo Gentiloni confirmed the possibility of an Italian intervention in Libya, but only if it comes after a request of a Unified Libyan government.7 While the world is waiting to see a Unified government, ISIS is gaining ground in Libya. A leader of ISIS, Abu Bakr al-Baghdadi, has moved to Libya, some reports say,8 which tells us how secure this terrorist organization feels in this North African country thorn by civil war and two warring governments. Italy, as well as other “big players” on the world stage, is cautious when it comes to an intervention, especially because of the mentioned above civil war, which occurred after the American, British and French forces made an intervention in 2011.

Last Monday, Morocco and Germany agreed to sign a comprehensive security agreement9 to “cover all crimes, particularly terrorism”. Also, the Prime Ministers of Morocco and Belgium said that they are determined to boost the bilateral cooperation, particularly in the fields of security and migration.10 Belgian PM Charles Michel said, “Morocco is a country that plays a fundamental role in the fight against terrorism”. This is a good sign for Morocco, because states with a high level of sustained security, attract more foreign investments, which is crucial for the economy of one developing country. To prove that with an example, The Fraser Institute Survey of Mining Companies ranked Morocco as the “most attractive” African country for mining investments (24th place worldwide).11

South Sudan is set to become the sixth member of the East African Community (EAC).12 On Thursday, South Sudan’s admission was approved at the EAC summit of presidents in Arusha, Tanzania. At first, the council of ministers of this regional organization planned to grant South Sudan an observer status.

At the same time, UN estimates say that around 50 thousand citizens of South Sudan have died, and 2.2 million have been displaced in the two-year conflict.13 One must ask does a country, which doesn’t meet the minimum standards to be called a successful and stable state, deserve to participate in such organizations with strict rules. The rules include: respect the rule of law, equal rights and chances for all citizens, sustainable economy, proper healthcare and education system etc.

Sudan – The UN has issued a report with information that over 90,000 people have fled Darfur over the past month and a half. What is even more shocking – more than 300,000 people have been killed in the Darfur conflict since the beginning of the fighting in 2003.14  We can only assume that the numbers will go even higher after, on Friday, Sudanese President Omar al-Bashir said that there would be no dialogue with the Darfur armed groups. “This file is closed, and there will be no agreement other than the Doha Document for Peace in Darfur”, he said.15 It is up to the USA and its partners (especially Saudi Arabia, one of Sudan’s closest allies) to make sure that the peace dialog continues in order to save the living from joining the dead in this poor African country.

20 British soldiers have been deployed to Tunisia to help stop the flow of Islamic State fighters across the border with Libya.17 The program consists of theoretical lessons and practical training. The Tunisian peace and security has been heavily hit by ISIS and other terrorist networks. The influx of foreign para-military fighters has been constantly growing since the beginning of the Arab Spring.