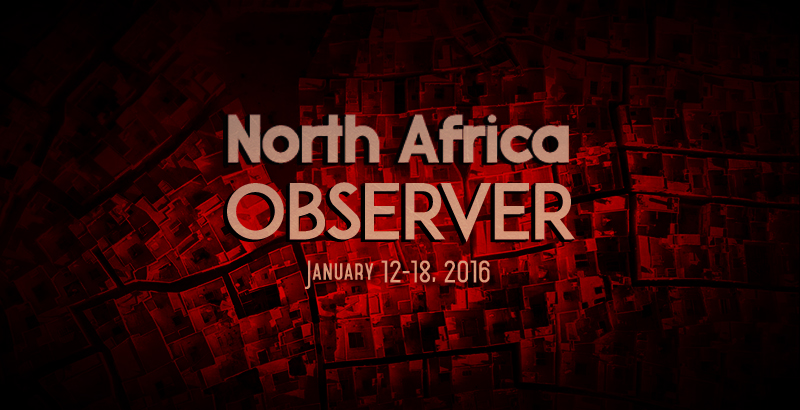 The Algerian Prime Minister Abdelmalek Sellal held talks last Tuesday in Germany with Chancellor Angela Merkel, Federal President Joachim Gauk and with the President of the Bundestag Norbert Lammert.1 Algeria is one of the few stable countries in North Africa. In order to stop the refugee crisis and numerous waves of refugees that come through its internal border, the EU (and Germany as the leading member state) needs to cooperate with countries like Algeria – an impermeable south EU border is not possible without a stable region of North Africa. An Algerian-German Business Forum is going to be held on Tuesday in Berlin. About 30 contracts will be signed in various sectors of economic cooperation.2 An economically stable society is likely to be politically stable – that is why it is of the outmost importance to boost the economies of the Third World countries. Algeria’s trade balance recorded a deficit of $13.71 billion in 2015 (against a surplus of $4.306 billion in 2014).3 This is a very bad sign because a deficit in trade means that one country has to borrow money so it can buy (import) goods from other countries. On the other side, the bigger the surplus, the bigger the inflation is (more money you possess/print = bigger inflation). Ideally, the country aims to achieve a zero trade balance – to import in the value of its export.

Egypt – In a continuation of operation “Retribution for the Martyr”, the Egyptian security forces have killed 30 extra-state militants and injured 10 others in the last week. Four members of the Egyptian armed forces were killed.4 President Al-Sisi extended the state of emergency (for the fifth time) that applies to parts of North Sinai for an additional three months.5 The Egyptian army tries to cleanse North Sinai of terrorists. The National Defense Council (NDC) declared a state of emergency in North Sinai in October 2014, following three explosions that left 31 dead. The House of Representatives (Egyptian parliament) will begin reviewing nearly 340 laws starting on Sunday.6

Libya – ISIS carried out four suicide attacks last week. The targets of their bombings were petroleum installations and other vital infrastructure.7 Oil is vital for Libya’s economy. By destroying petroleum installations, ISIS is trying to deepen the crisis in this country struck by civil war, which is taking place in Libya since the fall of Muammar al-Gaddafi. The Presidential Council, (body tasked with naming a Unity Government) delayed on Saturday, announcing the government’s members in 48 hours.8 In order to defeat ISIS and other terrorist groups, two Libyan governments must unite politically and militarily and throw all resources in the fight against terrorism. More will be said on that topic in the next week’s North Africa Observer when/If Unity Government formally comes into existence.

Morocco recorded a very important diplomatic victory when Sweden decided not to recognize Western Sahara as a sovereign state.9 There were some rumors in October 2015 that Sweden’s government was preparing to recognize the Polisario Front’s self-proclaimed state, which led to tensions in the bilateral relations. The final decision is based on the argument that “Morocco is an influential country in the Arab world” and that Sweden needs good trade relations with this country. Former French President Nicolas Sarkozy said, “France has always supported the Moroccan sovereignty over the Sahara”.10 After France and Sweden (two very influential countries in the world) declared themselves in favor of Morocco, we can expect that the process for the recognition of Western Sahara will slow down and the pressure on Morocco to change its stand will reduce.

Belgian national of Moroccan origin directly linked to the Paris attacks has been arrested in Morocco on Monday, Morocco’s interior ministry announced.11

South Sudan – UNICEF said in a statement Tuesday that 51% of children between ages 6 and 15 are not attending school in South Sudan.12 This worrisome fact is a direct consequence of a two-year long civil war between the government and rebels. Former South Sudanese Vice President and rebel leader Dr. Riek Machar has recalled back the whole advance team responsible of implementing the August peace deal. Machar accused President Kiir of “using delaying tactics to prevent the implementation of the peace agreement”.13 Kiir plans to transform South Sudan into 28 Tribal States (currently 10), which would enable him a greater chance of maintaining (almost) absolute power in elections scheduled for 2019. Neither the rebels nor the international factors involved in the peace process did consent upon this.

Sudan will hold a referendum in Darfur on April 11-13 2016. Voters in Darfur will decide whether it will stay divided into five states or reunited as one entity with a degree of autonomy.14 Darfur is one of Sudanese regions which is devastated by civil war and has been in a state of humanitarian emergency since the beginning of the war in Darfur in 2003. The twelfth round of talks between the Sudanese government and Sudan People’s Liberation Army-North rebels has taken place in Germany on Friday.15 The meeting did not result in anything worth mentioning.

Tunisia – A new Tunisian government of Prime Minister Habib Essid has sworn in on January 12.16 The Tunisia House of the People’s Representatives (parliament) granted on Monday a vote of approval to the new Essid cabinet. Tunisia’s new Foreign Minister Hmais Zhinaui was a Tunisian ambassador to Russia before 2011. We can say with great certainty that means Tunisia will lean towards Russia in the coming years, especially in the field of defense. Boosting arms procurement is going to be essential if Tunisia wants to win the fight against several terrorist groups, which are spreading their influence in the country.17