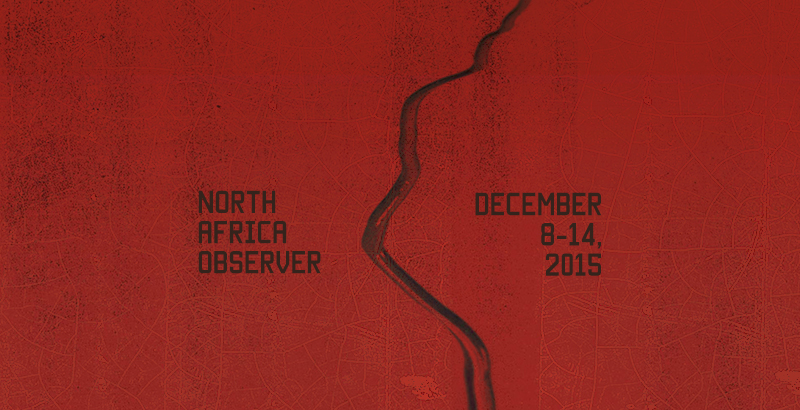 Algeria praises United States’ role in North Africa and the Middle East, said Minister of State, Minister of Foreign Affairs and International Cooperation, Ramtane Lamamra  on Wednesday, in Paris, when he held a meeting with the American Secretary of State John Kerry.1 One of the most important aspect of their talks was the Western Sahara issue. Algeria stands on the position of giving full support to the right of the Sahrawi people to self-determine the status of Western Sahara. On Saturday in Rome, the Minister of Maghreb Affairs, African Union and Arab League Abdelkader Messahel said  his country will continue to endorse a UN-led peace process which should result in a United Government in Libya,2 a country with two rival governments. Algeria clearly stands on the same page as the US when it comes to these two issues (Western Sahara and Libya) and so many others, which makes them an important ally of Washington in this region. Proof of Algeria’s importance in Africa is the opening of  headquarters of the African Mechanism for Police Cooperation (AFRIPOL) in Algiers in the presence of police representatives of more than forty countries.3 Establishment of a pan-African police network would certainly be a step closer to eradicating corruption, crime and terrorism in Africa.

Egypt’s Civil Aviation Ministry stated today that the crash of the Russian airplane was not a result of a terrorist attack.4 After Russia and several other countries suspended flights to Egypt. The Civil Aviation Ministry report was expected to exclude any chance of a terrorist attack because Egypt desperately needs to normalize relations with countries like Russia and Great Britain. The tourists from those countries comprise a big amount of Egypt’s total number of tourists. The Free Egyptians Party,which is the party with most representatives  in the legislature (65 seats), refused on Friday to join the pro-Sisi parliamentary bloc. They refused to be a part of this block because they did not understand the aims of the “pro-Egyptian state” coalition that is being formed, or its programme.5 It was believed that the pro-Sisi parties and individuals will form a broad and stable coalition in the parliament (over 400 MP’s), including FEP. The Free Egyptian Party will certainly represent a strong opposition to Al-Sisi’s regime. If they play their cards well, they could achieve a much better result in the next parliamentary elections, thus pushing Al-Sisi out of office.

Libya – the Pentagon confirmed that Abu Nabil, leader of the Islamic State in Libya, has been killed on November 13.6 Libya’s rival factions agreed on Friday to make December 16th  as a target date for signing a UN-backed national unity government agreement.7 This means that a legitimate force could undertake actions against Islamic State, which is rapidly expanding its control over the territory of Libya. The two rival governments are currently too busy fighting each other rather than driving ISIS out of Libya. We can just hope they won’t find another reason to continue fighting each other. The meeting scheduled for Saturday in Malta was canceled after the internationally recognized government of Tobruk eventually made it clear that they refuse to participate in the meeting.8 This decision could negatively affect their reputation, thus giving a boost to the Tripoli-based government which lacks international support.

Morocco – Polisario Front’s representative for the United Nations, Ahmed Boukhari, said Morocco endangers the peace process in Western Sahara.9 The United Nations Secretary General’s Personal Envoy to Western Sahara, Christopher Ross, told Morocco wants Algeria to enter the negotiation as a formal party. Algeria refuses to “bilateralize” the conflict.10 Morocco stands on the position that their sovereignty and territorial integrity are at sake – Western Sahara is a part of Morocco. Algeria defends the right of the Sahrawi people of self-determination. This conflict much resembles the Kosovo conflict (1999-2008) . The Issue is (temporarily) solved – Kosovo unilaterally declared independence in 2008, which was recognized only by a half of UN’s members (but much less than half of world’s population!). 8 years later, so the called “Republic of Kosovo” is a textbook example of a failed state. Morocco is facing growing pressure to recognize Western Sahara’s right to become an independent state. The latest action against them was the European Court of Justice’s  annulment of the trade deal between Morocco and the European Union on Saturday. Even the African Union welcomed the annulment of the treaty because it was “a blow to human rights in occupied Western Sahara”.11

South Sudan marks two years of the civil war12 in which more than 50 thousand people were killed and almost 2 million displaced (United Nations’  estimate). On Thursday, South Sudan’s government said it’ll only allow 30 rebel representatives (“advance team”) to return to Juba, about 20 times fewer than the number of insurgents were proposed (550 members). The return of opposition in capital should be the first step towards forming a United Government. According to the screenplay, Machar will come back to Juba after his advance team and assume the role of deputy leader to Kiir in the United Government. The inner circle around president Kiir is allegedly divided over the rebel advance team visit.13 Some of them support peace efforts, other are in favor of a bloody solution. The United States is S. Sudan’s biggest donor and they are putting pressure on Kirr in order to accept the terms of the August peace deal.14

Sudan – 17 people were killed and 30 injured when a tribal conflict occurred in South Darfur. A report issued by the National Council for Strategic Planning (NCSP) pointed that 1621 people were killed in tribal clashes in Darfur in 2013 and 2014 compared to 59 people in 2012.15 Sudanese president Omer Hassan al-Bashir said  that more money will be spent on security and defense.16 Experts say that Sudan is spending approximately 70% of its budget on security and defense. This is the consequence of an unstable situation in most parts of the country, especially in South Darfur.

Tunisia lifted curfew on capital 17 and reopened its border with Libya 15 days after it was closed18 following a suicide bombing in Tunis claimed by the Islamic State. Tunisia and Qatar signed a co-operation agreements, memoranda of understanding and executive programs, at the end of the 6th Tunisian-Qatari high joint committee meeting in Doha.19 Secular ruling party Nidaa Tounes has fallen apart after the dissolution of its political authority and politburo. Party leader Lazhar Akermi said that the creation of a new party “is probable”.20 The biggest  importance will be to secure peace and stability in Tunisia. Some radical groups will certainly try to use the dissolvement of Nida Tounes.

> After Russia анд several other > анд Your Russian is leaking. ;)