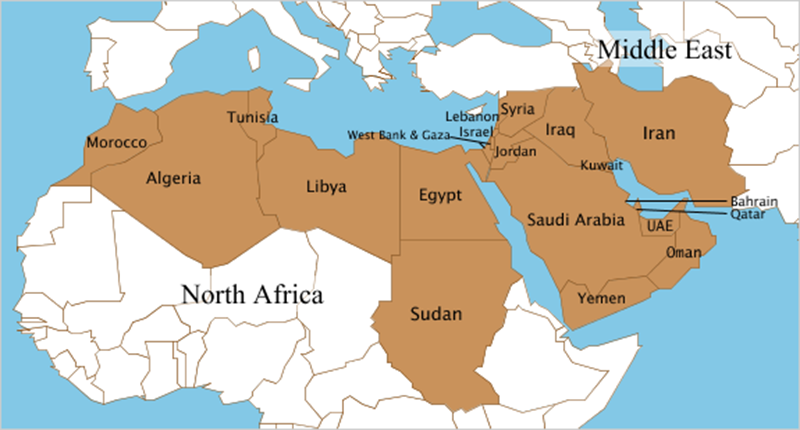 Algeria – Minister of Maghreb Affairs, the African Union and the Arab League Abdelkader Messahel met Friday with Tunisian president Beji Caid Essebsi.1 Meeting in Tunis occurred in light of recent terrorist attack in Tunis. With this visit, Messahel sent a strong message that Algeria fully supports Tunisia’s dedication to the fight against terrorism. Taking actions rather than telling hollow stories, the People’s National Army (ANP) killed two terrorists2 and destroyed 16 caches of bombs and weapons3 in the last week. Prime Minister Abdelmalek Sellal attended the United Nations Climate Change Conference (COP21). He stated that his country wants to establish an African forum on renewable energies.4 This Forum should function as an annual meeting of politicians, business managers and scientists where problems and solutions for a greater share of renewable energy in energy production would be discussed. On the sidelines of the Conference, Sellal held discussions with French Prime Minister Manuel Valls5 and President of Tajikistan Emomalii Rahmon.6 As its former colony, France seeks to maintain good bilateral relations with Algeria, especially strong economic ties.

Russia will loan Egypt $25bn for nuclear plant construction. The debt is going to be paid through profits from energy productions. The nuclear plant should start producing nuclear energy in 2024.7 It seems this deal could represent an introduction to a long-term friendship between the two countries. Turkish Airlines announced that they canceled Sharm el-Sheikh flights until January 1, 2016.8 Another blow to Egypt’s tourism, one of its most important economic sectors. Low rate of incoming tourists could affect the projection of a 5 percent growth in GDP in the fiscal year 2015/16,9 something that is not easy to achieve now days. President Abdel Fatah al-Sisi met Monday President of Palestine Mahmoud Abbas on the sidelines of the United Nations Climate Change Conference (COP21).10 They stated the need of restoration of Palestinian Authority in Gaza Strip, continuation of the peace talk between Palestine and Israel, and the eventual recognition of the Palestinian state.

In Libya, two warring tribes, Tebu and Tuareg, have breached the Doha peace agreement at least two times in the last week.11 Ubari, Berber-speaking town Southwest Libya, is in the center of Tebu-Tuareg clash. Doha agreement primarily seeks to stop the ongoing fight in this desert town because it is the key, which can secure lasting peace in south Libya. Governments of Algeria, France, Germany, Italy, Morocco, Spain, Tunisia, the United Arab Emirates, the United Kingdom and the United States issued a statement of support for a Government of National Accord in Libya. In addition, they confirm their full support for the UN process led by Special Representative of the Secretary General Martin Kobler.12 Successful fight and annihilation of ISIS and other terrorist groups in Libya are unthinkable without these two goals. Government of National Accord of Tobruk and Tripoli governments is necessary to direct their fight against terrorists. An UN-led peace process is necessary to ensure that the Unity Government is not a short-term solution for any of the two sides to “buy more time” in order to prepare for the final showdown. The 7th ordinary ministerial meeting of Libya’s neighboring countries began Tuesday in Algiers. Meeting will attend Algeria, Egypt, Sudan, Niger, Chad and Tunisia, as well as the representatives of African Union, Arab League, European Union, and UN new representative for Libya Martin Kobler.13 Results of the meeting are yet to be seen.

Morocco – UN Secretary-General personal envoy to Western Sahara Christopher Ross arrived Wednesday in Rabat14 to try to relaunch negotiations between Morocco and Polisario Front of the Sahrawi Arab Democratic Republic (SADR) in order to find a solution to the final status of this “Non-Self-Governing Territory”. Before coming to Morocco, Ross visited Algeria and praised its support towards a peaceful ending of this conflict. On the other hand, Algeria strongly supports independence of Western Sahara, so this fact questions Algeria’s devotion to a righteous solution, which wouldn’t hurt Morocco’s national interests. Ross is in a tough position, because he ought to draw a report to the UN Security Council in April 201615 including his views about the settlement of the conflict. Mauritius and Morocco signed on November 25 in Port Louis a Double Taxation Avoidance Agreement (DTAA).16

South Sudan rebels loyal to former Vice President Riek Machar will send advance team of 550 people to Juba as early as Tuesday.17 Hopefully this means institutions established by the peace agreement will become operational. President Salva Kiir had on Friday a 15-minute meeting with Pope Francis at Uganda’s State House.18 Pope Francis urged both sides in S. Sudan conflict to lay their weapons and try to implement peace deal signed in August. African Union has warned that South Sudan peace deal is at ‘critical’ phase.19 While bloody conflicts are taking place on the streets, mentioned and other international factors try to put an end to the civil war. United Nations report, saying that over 7 million people are at risk of starvation in South Sudan,20 enlightens the scale of the humanitarian crisis in the “youngest country” in the world.

The joint technical committee of Sudan and Ethiopia on Tuesday (24 November) has approved an agreement to establish free trade zone.21 The two countries already have strong historical and economic ties. They will try to implement the agreement in the next 3 months. The Sudanese president Omer Hassan al-Bashir will not attend the Forum of China-Africa Cooperation (FOCAC) scheduled for this week. Sudanese delegation will be led by 1st Vice President Bakri Hassan Salih.22 Al Bashir is wanted by the International Criminal Court (ICC) for war crimes allegedly committed in Darfur. As long as he carries out the function of the President, ICC cannot prosecute him. On the other hand, he went to United Arab Emirates to attend talks with Crown Prince of Abu Dhabi, Mohammed bin Zayed Al-Nahyan at Abu Dhabi Air Port.23 The purpose of this visit is to ensure much needed investments, especially in areas of agriculture and mining.

Tunisia – Islamic State claims she has carried out the November 24 terrorist attack on the bus driving Tunisia’s presidential guards. They also claim a person named Abou Abdallah al-Tounissi committed the suicide bombing.24 Tunisian National Security Council decided immediately (November 25) to seal border with Libya.25 Recent clashes between rival groups inside the governing party Nidaa Tounes was evidently perceived by terrorists as a sign of weakness of Tunisia’s democratic and secular forces. Previous North Africa Observer reviews point out the fragility of Tunisia’s political system and institutions and danger behind the “political games” inside its ruling party. Hopefully moderate political forces in Tunisia will now come to their senses – they mustn’t, at any cost, enable terrorists to transform Tunisia into a failed country, like in Libya, Syria, Afghanistan etc. European Union released EUR 100 million to Tunisia to finance programs of support to culture and to the Association Agreement (second tranche of a EUR 300-million Macro-Financial Assistance (MFA) program).26

The brown is North Africa