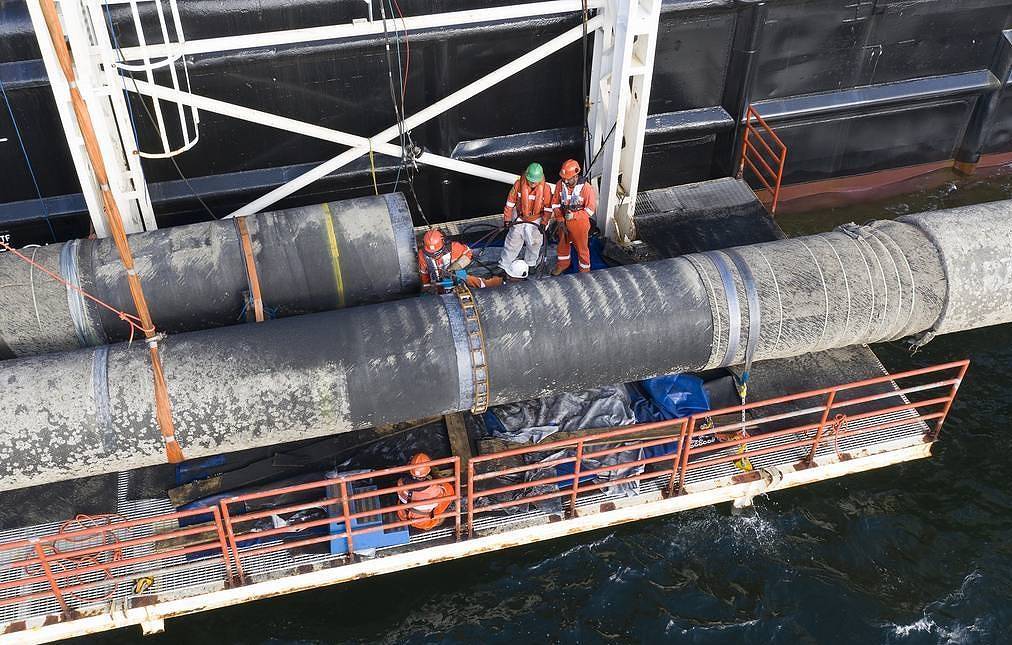 Julian Lee, the author of the piece, claimed that he has revealed the “true purpose” of the pipeline.

The Nord Stream 2 gas pipeline was built to divert Russian oil and gas exports away from transit routes across former Soviet neighbors, the observer wrote, adding that Russia has been faced with the problem of being dependent on pipelines running across countries that were suddenly independent, and not necessarily friendly: Ukraine, Moldova, Poland, the Czech Republic, Slovakia, Romania and Bulgaria.

“It couldn’t even deliver crude to its major Black Sea port of Novorossiysk without pumping it across a corner of Ukraine, while its major Baltic Sea outlet was in Latvia. Gas deliveries to western Europe had to cross one or more of the former Soviet republics of Belarus, Ukraine and Moldova. They then had to pass through at least one of the former satellite states of Poland, the Czech Republic, Slovakia, Romania and Bulgaria.”

The author of the article suggested that Nord Stream 2 would allow Russia to solve this problem.

“The history of transit pipelines isn’t a happy one. The list of those that have fallen out of use includes the IPSA pipeline that linked oil fields in southern Iraq to Saudi Arabia’s East-West pipeline and the kingdom’s own Tapline, which carried its crude to an export terminal on Lebanon’s coast.”

“Russia used its own leverage as a transit country to change the management and taxation structures of Kazakhstan’s CPC pipeline to its advantage. Turkey has done similarly as the host of oil and gas pipelines from Iraq and Azerbaijan, extracting both higher transit fees and greater control.

Russia’s gas export monopoly, Gazprom, has a deal to continue shipping its gas via Ukraine, but that only runs until 2024. Nord Stream 2 will soon displace, not supplement, existing gas flows through Belarus, Poland and Ukraine, finally bringing an end to Russia’s dependence on former Soviet and satellite states for transporting oil and gas to western export markets.”

Julian Lee also denied the opinion prevailing in the West that the pipeline was created as a “gas trap” for Europe.

Nord Stream 2 stretches from the Russian coast through the Baltic Sea to Germany and consists of two lines with a total capacity of 55 billion cubic meters of gas per year. Its construction was completed on September 10. The process of certification of Nord Stream 2 AG as an independent gas pipeline operator is underway. It will take place in two stages: first, the German regulator will develop a draft decision, then the European Commission will evaluate it. The whole process can take several months. Berlin has already received a full package of necessary documents from Moscow.

Moscow has repeatedly stressed that the new gas pipeline is not a political, but an economic project, beneficial for both Russia and the European Union.

Using Ted Cruz’s logic, the U.S. should have to export its LNG by first stopping in ports in Cuba and then Venezuela, before shipping it to Europe or SE Asia. The only people who declare that Russia must use inefficient gas routes, dictated by DC are sociopaths in the classic sense of the term. They are unable to empathize with other people. They are unable to understand why someone else wants things that they would want.

It was posted to highlight the stupidity of the west

Yes fine, hence my reactionary response. As long as we are on the same side….

Russia has no moral obligation to feed the colony of parasites