By Vladimir Demchanko, originally published by Zvezda; Translated by J.Hawk exclusively for SouthFront

He kissed his wife and went off to serve

Ruslan Gryzunov never thought he’d become Senior Sergeant. He never even expected the army will become the center of his life. He was an ordinary kid: he played soccer and piano, studied in a music school and chased girls. After 11th grade, when everyone else went off to colleges and universities, Ruslan applied to a medical college. He got a degree in pharmacy science, even managed to work in a pharmacy for six months. Married a girl with whom he studied and dated for a long time. It seems his life was now planned out for decades, and mandatory military service would be but an episode. Zvezda tells his story.

Ruslan had no intention to evade the draft notice. Especially since his young wife was an officer’s daughter, and the father-in-law would likely not look kindly at draft evasion.

–No problem, I kissed my wife, gathered my things, and went off to serve, — Ruslan laughs. That was almost 10 years ago, in the fall of 2008. Gryzunov has not taken off his shoulderboards since.

–I served in a protection company at the Privolzhskiy airbase, –Ruslan explains. –I thought I’ll serve out my time and go back to civvy street. But then they offered me a position with the search-and-rescue. It seemed interesting enough and I even signed the contract. Then extended it. And I haven’t regretted choosing military service once. When I listened to Ruslan, I couldn’t resist the sensation that he’s been preparing for the Syrian mission for the last 10 years. Yes, he’s had a life, he’s been raising kids of which there are two…But everything he learned came handy during that most complex and dangerous flight.

The service in which Ruslan served as a contract soldier is called PS and PDS. These acronyms stand for search and rescue and air rescue. These are people who are ready to instantly come to help, for example, a pilot who’s had to eject from his aircraft. Few people know about their service, but in Syria, where Russia’s participation to a large extent consists of striking the militants from the air, rescue teams are on duty round the clock, several teams at a time.

In order to become a genuine rescuer, Ruslan had to learn a lot.

–First of all, I had to learn parachuting, — the Senior Sergeant flexes his fingers. –Secondly, survival in extreme cold and heat. And not just survive but build a shelter from what’s available, get food, start a fire. We do a field exercise like that wice a year.

–How many parachute jumps under your belt? — I ask.

Ruslan even had to undergo medical training anew. Combat medics in rescue teams are like gods, they are worth their weight in gold. His diploma did not make him into one. So Gryzunov applied to a medical academy and studied for three years. So that when he arrived at Hmeimim, Ruslan was a fully-fledged combat medic.

Rescue teams in Syria have alert shifts. If at Hmeimim, teams alternate taking 24 hour shifts, but in the desert, near Palmyra, where Ruslan Gryzunov spent one of his two months in Syria, he was on permanent alert.

–There’s only one medic there. Therefore he has to be available 24 hours a day to fly out on a moment’s notice.

–Did that happen a lot?

–More than a few times, — Ruslan answers laconically, and I realize I’ve come to what is known as military secret. As it turns out, search teams fly out not only when pilots need help. Sometimes rescuers fly out to the battle zone and stay there to reduce flight times.

That’s what happened nearly a year ago. March 27. 0652 hours. Mi-8 takes off and heads toward the mountains where our helos are working over rebel positions.

–We flew very low, 10-50 meters. It was us, two rescuers, and Naval Infantry. Two machine-guns facing out. At one time we flew through a canyon, their tops were nearly at our level. And suddenly we got fire from both sides. Naval Infantry opened machine-gun fire but bullets entered the cabin. One of the infantrymen screamed—he sat by the open door and I instantly knew he was hit.

He kept on firing but his commander called us and we barely managed to tear him away from the machine gun. I started to work on his wounds, turned out two bullets hit his left leg. One near the hip, the other right hit the calf muscle. Luckily both existed the body, but there was a lot of bleeding. “Senior Sergeant R.V. Gryzunov quickly left his post and together with Senior Warrant Officer M.N. Strokov carried the wounded into the helicopter cargo cabin and put on field dressing which ended the blood loss. After a forced landing, he evacuated the wounded into a safe shelter, where he continued to render medical assistance.

–I put the dressings while still on the chopper, but it wasn’t working. The chopper was shaking like made, kerosene was pouring from somewhere, the whole cabin was awash in fuel and blood. The chopper was quickly losing altitude, pilots were trying to come out from under fire, and go as far as possible from this danger spot. They managed to land near some abandoned village. Misha Strokov and I quickly carried him into a house, I washed and rebandaged the wounds. Naval Infantry set up positions, preparing to repel an attack. But if they were planning to, they didn’t make it: some 40 minutes later another helicopter brought the reserve rescue team and took us.

“Why worry your close ones”

Senior Sergeant Gryzunov had several missions after that. But all of them went according to plan.

–When you had to apply all your training under fire, what did you feel?

–I can’t remember any particular feelings. I remember I was not afraid. Or, rather, when they were shooting at us, there was no time to be afraid. From start to end, I and everyone else who was there, were doing their mission. First I fought the bleeding, then I carried the casualty, and then again fought bleeding. We had to evacuate the casualty to a shelter, then back into the chopper. And this naval infantryman is a healthy kid, together with his gear he weighed around 150kg [300 lbs]. Ruslan told his wife about the firefight only after he returned to Russia. “Why worry your close ones while you are still there”, he says. He, naturally, was in shock. But gradually came to, the horror turned to pride in her husband. And the son who’s ten is also proud of his father.

–Have you tried to find out what became of the casualty?

–Several days later I went to the hospital and they told me he was operated on and sent to Russia. Then his buddies told me he recovered and returned to his unit in Dagestan. I’m very glad to know he’s alive and well.

The rubber medical tourniquets that Russians habitually wrap around their rifle buttstocks, for quickest access, double up as de-facto camouflage wrap in the Syrian landscape.

This is what it takes to be a military man.We used to take even dead colleagues to safety on our backs through likns and elephant territory.But thumbs up.

May God will always blessed & protect those who helped people in dire needs regardless of who they are..!
This man is one of those many men with blessings.. A noble kinda job indeed.

The west would have lapped up this story for wide circulation in their channels and may be sold the rights for a american movie.

I wanna hear a story where a US General is fighting the front lines like Russian and Syrian Generals do! But we will never hear about such a story! They do not lead by example! They sit behind desk, drink coffee, have secretaries and limousines! They would have many around them protecting them! They are not men like the Syrian’s and Russian’s! Oh I am 100% sure that they think they are men! But lets face it, they were raised in the USA, not in Russia nor Syria! So im sure they think they are men. But they have no idea that there is a whole other level / levels to being a man! This is reflected clearly on the battle field with the Generals! Deep down they know it too! Pride will make them argue this point, but facts are facts!

Going into a hot LZ to recover stranded and injured is never any fun. But it’s part of the job. My special forces training for behind enemy lines included repelling in from a helo facing down so that you could control the decent with one hand and shoot with another.

.308 Armor piercing incendiary. Coming out of a minigun at 3,000 rounds a minute, they’re highly destructive against any unarmored or lightly armored target out to 1,000 yards and even beyond. 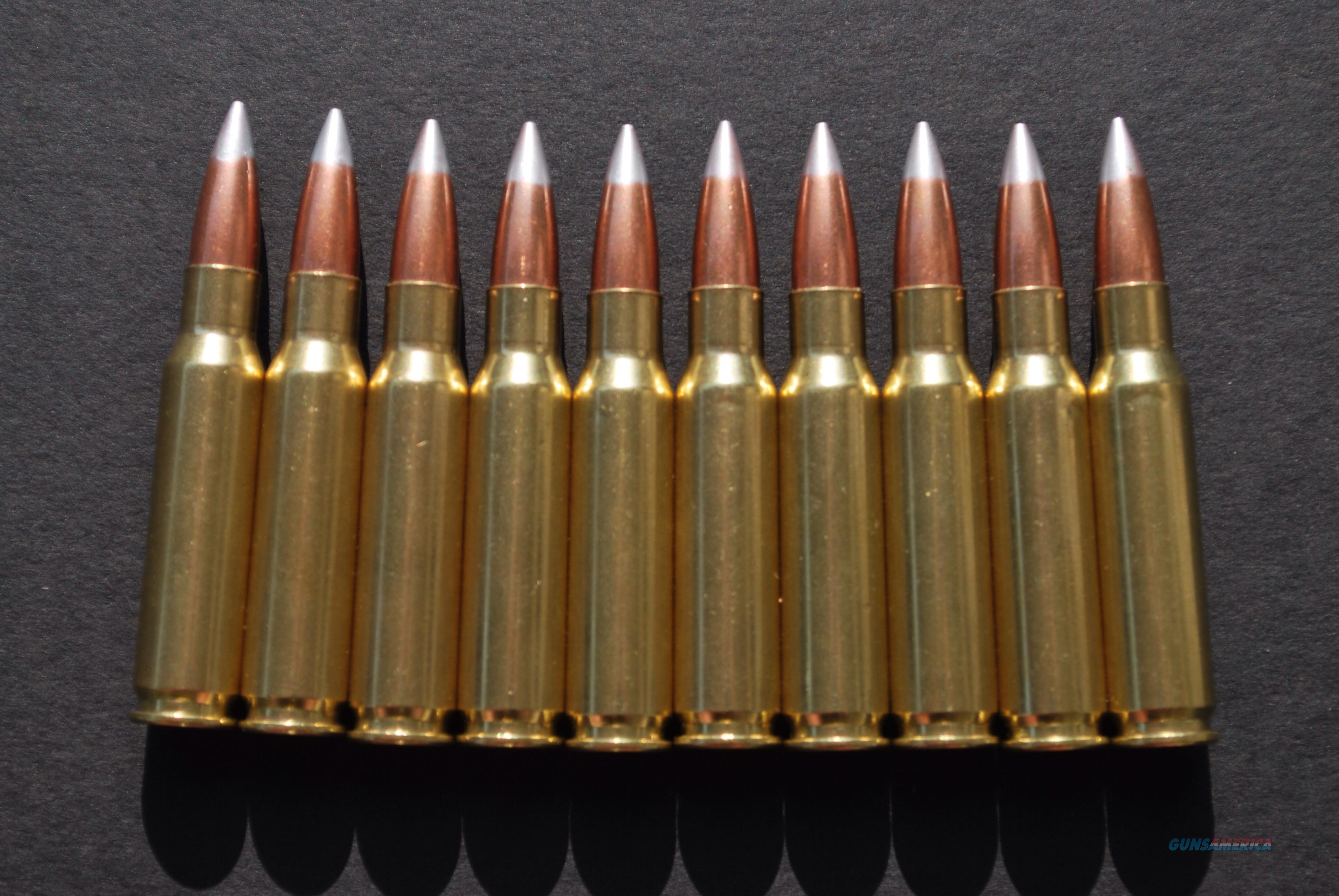 Question about the last picture .
Does anybody know the type of pants they wearing?
those pants look very comfortable ?