According to Syrian President Bashar al-Assad, US military have not coordinated about their presence in the area of the Syrian city of Manbij with the country’s authorities. 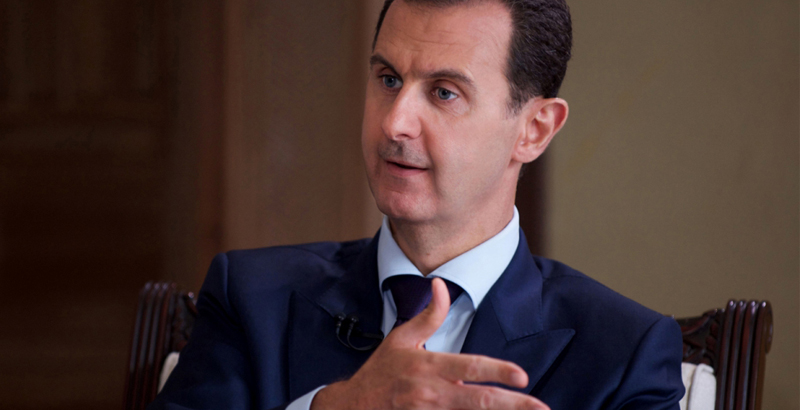 The presence of US military in the area of the Syrian city of Manbij was not agreed with the country’s authorities, Syrian President Bashar al-Assad said in an interview with the Phoenix TV television channel. The full text of the interview was published on a website of the Sana news agency on March 11.

According to the head of the state, “any foreign troops, coming to Syria without our invitation or consultation or permission, they are invaders, whether they are American, Turkish, or any other one.”

Al-Assad also noted that US servicemen will not help his country to defeat terrorism.

“What are they [foreign troops] going to do? To fight the ISIS [the Islamic State terrorist group]? The Americans lost nearly every war. They lost in Iraq, they had to withdraw at the end. Even in Somalia, let alone Vietnam in the past and Afghanistan,” the President said.

He pointed out that Washington “didn’t succeed anywhere, they sent troops, they only create a mess.” Al-Assad believes that the Americans “are very good in creating problems and destroying, but they are very bad in finding solutions.”

The state’s head also added liberation of the city of Raqqa, which now is the main stronghold of the IS, will become a priority for government troops in the near future. According to him, liberation of Raqqa and Deir-Ez-Zor can take several months.

On March 6, it was reported that the council of Manbij city, located in the north of Syria, announced the transfer of the city under protection of the US-led coalition. This happened after on March 1, the Turkish Army and Syrian militants jointly attacked an armed detachment of the city’s militia, which mounted defences in a village near the city.

Later, units of the Syrian Army started to take up positions, left by the local militia on the contact line with the Turkish Army and its allies from the Free Syrian Army (FSA).

US will not stop until they succeed in creating the Kurdistan with access to the Mediterranean Sea. Kurds will also play both sides untill they have it.

No doubt that Kurds want to link up to their Afrin area, this is what triggered Erdogans move into N Syria. He wants to push them back (out of Manbij), this may not happen. But I don’t see how Kurds can achieve their dream. Turkey/FSA and Syria/RU are against this idea.

The Kurds have already linked up Afrin via SAA , that’s why the Kurds passed over the Manbij to Al Bab front to the SAA . Manbij has SAA , Russian and US troops all defending against the Turks . With the Americans now officially on Syrian ground , hard to know what they have planned . Breaking Turkey up is my guess .

Mr Assad is the man.

Tell it like it is Assad , but recover Deir Azzor before the Americans scoop it . At the moment they claim to be aimed at Raqqa , but with the number of troops they are flying into the area , the whole of eastern Syria along the river has the oil and they like to follow the money .

Why would the USA want that low grade crap which requires EOR methods to force out of their formations?

My understanding is that low grade or not , those wells south of Deir Azzor are major producers for the Syrian nation . My real worry is that the US is planning to annex eastern Syria , Raqqa to Deir Azzor into “Sunnistan” or as the Rand corp. , called it an “international administered area “. Given past performance under Obama , Bush and Clinton , the likely hood of Trump actually helping the Syrian people is extremely unlikely .

THE USA will annex nothing… They will be kicked out of Sytia as they were in Vienam. Americans are shit fighters.