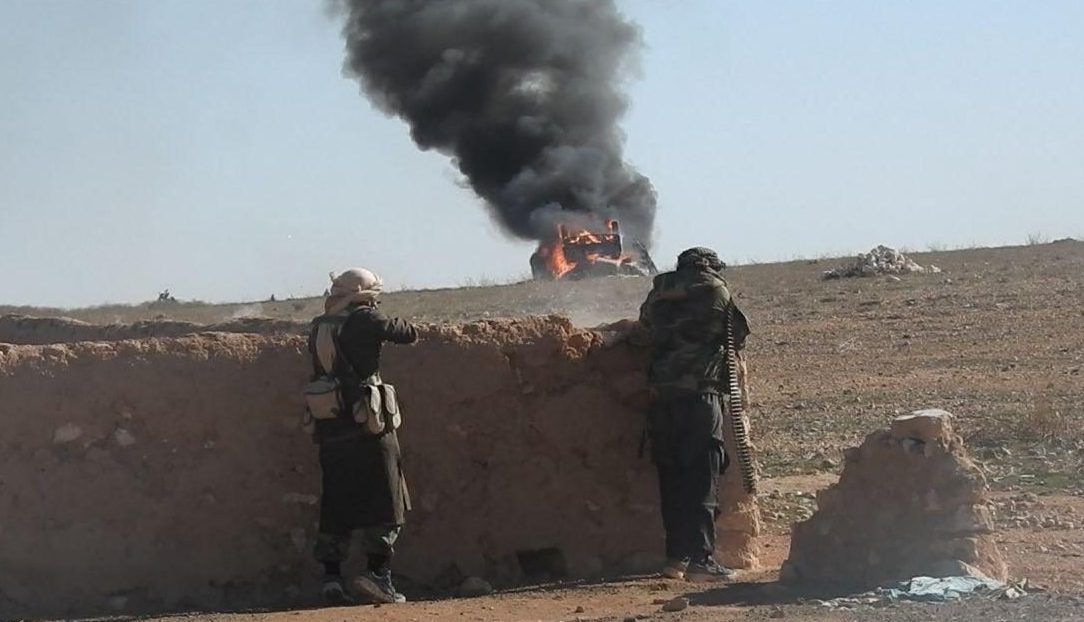 ISIS cells had carried out three separate attacks on Syrian government forces and their allies in central Syria, the Asharq al-Awsat newspaper reported on October 31, citing sources with knowledge on the matter.

According to the sources, the first attack targeted a position of “Iraqi Hezbollah,” either Kata’ib Hezbollah or Harakat Hezbollah al-Nujaba, located between the towns of Uqayribat and Hamadi Elomr in the eastern Hama countryside. As a result of the attack, four Iraqi fighters were killed.

The second and third attacks targeted several military vehicles of Lebanon’s Hezbollah and the 4th Division of the Syrian Arab Army near the ancient city of Palmyra in the eastern countryside of Homs. Five Lebanese and Syrian fighters were killed. Three vehicles were also destroyed or damaged.

Recently, Syrian government forces and their allies stepped up their aerial and ground operations against ISIS cells in the central region.

According to a recent report by the London-based Syrian Observatory for Human Rights, at least 31 terrorists of ISIS were killed and more than 50 others were wounded in central Syria during October as a result of Russian airstrikes only.

Despite sustaining such heavy losses, ISIS cells continue to operate in the central region as proven by the recent attacks in Hama and Homs. The terrorists’ insurgency in the region will not likely end any time soon.