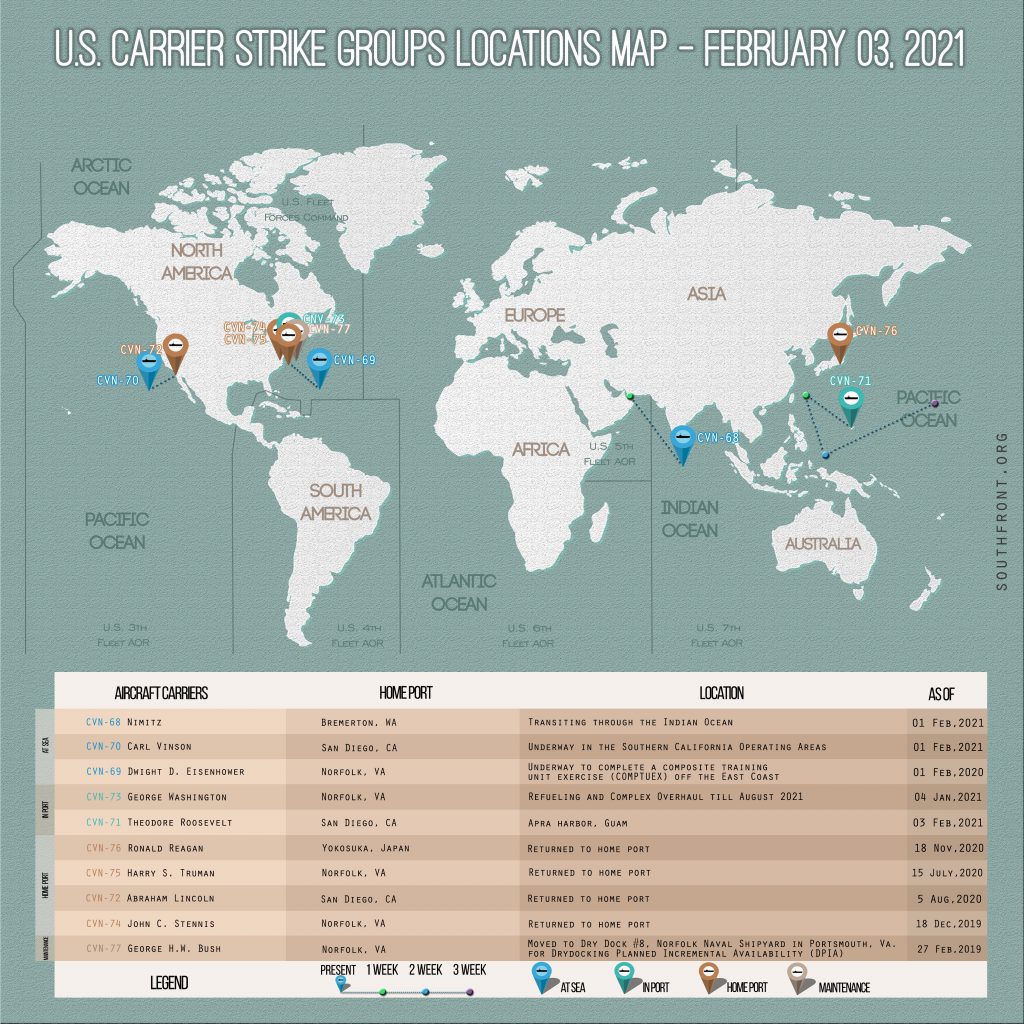 On February 2, the Pentagon announced that the USS Nimitz carrier strike group had departed the Middle Eastern region. The aircraft carrier is currently heading towards its home port. The USS Nimitz was deployed in the region in the last weeks of the Trump presidency amid the dramatic tensions with Iran.

This move allegedly should signal the US willingness to de-escalate the situation in the region. However, behind this move the Biden administration rejected the Trump-era policies aimed at reducing the US military presence in conflict zones in the Greater Middle East.

This move allegedly should signal the US inability to keep these debris on mission more than a few days.

After an important mission in Syria, tireless Kuznetsov didn’t need a single day of rest

Seriously, did anyone with even their dumb head up their arse at neck level think that the dying Americunt losers are going to fight Iran? this stunt backfired when an Iranian cruise landed “100 miles” from the rust bucket.

and that sure as clucking bell was no accidential landing – but sufficient to scare the fuggers away.

Indian media had reported that first from two naval pickets INS Kolkata and INS Talwar operating out of Port Blair in Andaman Islands. The US carrier would have been hit if not warned, Iranians were testing their new weaponry and had warned all shipping to stay clear..

how much HIV did they spread amongst their sailors in 10 months?

wonder which president after ronny reagan will be giving his name to the next generation of aircraft carriers the dumbed down morons in the white house and pentagon no doubt are planning – bill clinton, bush jr, obama or trump, none seems quite right to be naming these future useless behemoths.

US needs to go home and take care of a million Covid deaths and a deadbeat economy. At least Biden is showing some hope for peace.

ask Syria about that peace thing …

Looks like israel will need the double dose of chill out pills too.

funny how democrats were so anti war especially when bush was president, then when obama got elected apparently it was ok again, lmao what a bunch of jokes!!!!

Looks like they are going to beach it (CVN-68) at Freemantle, Australia on present heading.