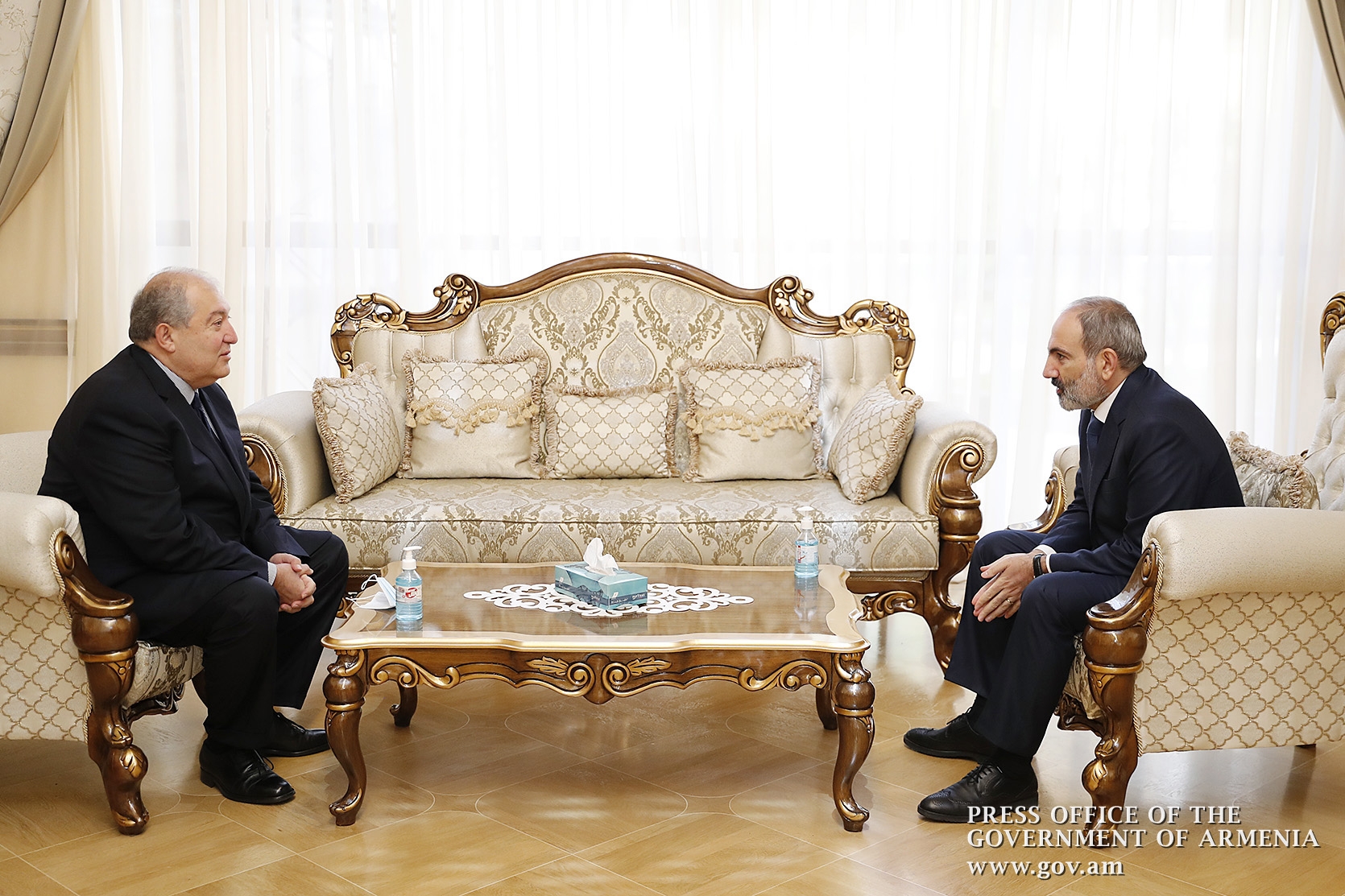 In order to celebrate the victory in the Nagorno-Karabakh War, on December 3rd, Azerbaijan’s President Ilham Aliyev has signed an Order on the establishment of the Patriotic War Memorial Complex and the Victory Museum in the city of Baku.

Azerbaijan’s Ministry of Defense also released a video showing the Yanshag village in the Kalbajar region.

In Armenia, protests against Prime Minister Nikol Pashinyan are continuing. He issued another statement, this time saying that the idea was for power to “remain with the people” and that would be achieved by him not resigning and hold onto power, somehow.

“The goal of our activity is not to keep us in power, but to keep the people in power. The 2018 election was the only one where no political force contested the result. But certain forces are now doing everything to ensure that those elections remain the only honest expression of the will of our people. We won’t allow it,” Pashinyan said.

Furthermore, in his statement he described the following:

“We are accused of not being able to avoid war. Were you avoiding 2016? You could not avoid it, you could stop the war based on the verbal promise to return the territories”, Pashinyan said in a video message, since he is still largely in hiding.

“And we did not succeed in the same, as we were told that Armenia had promised to return the territories several times before, but did not return, now it can only be in writing and only by mentioning the time.

It was possible to stop the war only by signing a document like on November 9, before or at the beginning of the war, he said. “On the very first day of the war, I said from the tribune of the National Assembly that I could stop the war right now and at what cost, why didn’t you make statements at that time that the war should be stopped? It turns out that everyone was in favor of handing over the lands with the 5 + 2 formula … Why didn’t you hand it over in 2016, 2017? Why didn’t you hand over and prevent the war then?”, Pashinyan said.

Some people think that Azerbaijan would accept the 5 + 2 resolution easily and happily, but, according to Pashinyan, it still had to be discussed. “At the moment when Armenia agreed to some option, Azerbaijan would want more – Shushi, Lachin, etc. And I am amazed at some who, considering themselves great diplomats, do not understand these simple things”, said the Prime Minister.

As expected, his excuses are endless, and this is all a fault of every possible side, but his own.

“The war was lost, among other things, due to the fact that the overwhelming part of the elite, which is now politically active, over the past 20 years has done nothing but personal enrichment,” Pashinyan said in his message to the people.

Pashinyan denied that on the third day of the war, he stopped the mobilization.

“We have searched and continue to search for this solution, but we can’t find it. This is the time, you can tell any lie and go further, ” Pashinyan said.

Meanwhile, the Armenian president is of the opinion that Pashinyan should resign and that elections should be held.

President Armen Sarkissian, previously little more than a figurehead, has in the weeks after the war with Azerbaijan tried to position himself as a key political player. He has distanced himself from the controversial ceasefire agreement, called on the government to resign, and made a “private” visit to Moscow.

“In any country where a tragedy like this [the defeat in the war] happens, there is a solution: the government that is responsible has to resign,” he told members of Russia’s Armenian diaspora on November 28 during his Moscow visit. “If a politician is strong enough he can come back later. The last elections took place two and a half years ago. Now we are living in a different country.”

On November 16, in an unprecedented address to the nation, Sarkissian formally called for the government to resign and for a national unity government to rule until new elections could be held. He called it “the only responsible approach” to the crisis.

Sarkissian’s proposal spoke to a concern among many Armenians that the fighting between Pashinyan and the opposition has distracted from the need to address the deep crisis in which Armenia has found itself following the war.

“There is not a single force that can handle this crisis alone,” he elaborated in a later interview. “It is essential to us that the government that works is not busy every day responding to its opponents, organizing counter-protests, responding to fake news or fakes, but is busy rebuilding the country and overcoming the crisis from morning to night.”

It is also quite likely that if he wasn’t the President of the country, and if he didn’t have immunity, he would be arrested, similarly to how various opposition figures are also being arrested in Armenia for protesting against Pashinyan’s government.

Separately, the UK-based The Syrian Observatory for human rights (SOHR) found out that the Azerbaijani authorities categorically refused to allow the settlement of Syrians in the Karabakh lands.

This possibility was stated by the human rights organization Afrin-Syria: allegedly, Bedouin families from the provinces of Aleppo, who will be able to confirm their Turkic roots, are being prepared to move to the territory of Karabakh.

According to estimates from SOHR, more than 2.5 thousand mercenaries were transferred from Syria to Karabakh. More than 800 militants may still remain in Karabakh.

During the Karabakh war, at least 541 Syrian mercenaries who fought on the side of Azerbaijan were killed. Such information is provided by SOHR, which tracks the activities of Pro-Turkish militants throughout the Middle East.

Moreover, more militants were killed in Karabakh than in Libya, where SOHR estimates that 468 mercenaries from Syria and Tunisia have been killed since January.

While in Libya, mercenaries receive a monthly salary in the region of $2,000, in Karabakh, the fee ranged from $1,000 to $3,500. The larger number of payments is probably due to the greater intensity of the fighting in Karabakh.

Finally, the UN Secretary-General urges Armenia and Azerbaijan to resume negotiations under the auspices of the OSCE’s Minsk Group Co-Chairs to reach a lasting peaceful settlement.

He encourages the Governments and the people of Armenia and Azerbaijan to embark on a path of dialogue to foster regional peace, stability, and prosperity, Stephane Dujarric, Spokesman for the Secretary-General said.

The Russian peacekeepers are continuing their activities in securing their respective zones of responsibility, clearing out mines, making it possible for students to return to school, and providing medical assistance to the people living in Nagorno-Karabakh.

I’m just glad Pan Gitler didn’t have Facebook back in April 45 with Chuikov’s 8th Guards Army taking a dekko into the iconic vistas of Berlin… His posts would have been fairly pathetic blaming this general and that.

I thought he was a turkish wrestler based in usa:

He will ask Azerbaijan for a railway access to Iran, and might actually stay in power lifting the blockade. https://jamestown.org/program/a-railway-war-is-about-to-break-out-in-the-south-caucasus/

I’m almost sure Azerbaijan will allow Armenia-Iran railway, they know trade is good for everybody including themselves, but Armenia already has border with Iran, I wonder why there is no railway there..

mountains, no ready infrastructure, no money and not enough ROI