It must now be a prerequisite of those who become an American ambassador to the UN to possess certain characteristics and traits, the most important of which are rabid warmonger, child killer, and outright liar.

Remember it was Madeleine Albright when asked about the US blockading Iraq which prevented medicine and medical equipment from entering the country that resulted in the estimated death of a half a million children who coldly responded: “I think that is a very hard choice, but the price, we think, the price is worth it.”  Then there is Colin “Weapons of Mass Destruction” Powell who told a bald-face lie about Iraq’s nuclear capabilities which paved the way for the US destruction of the country. In her brief tenure as UN ambassador, Nikki Haley is fulfilling these requirements quite nicely.  Her latest crazed outburst came on the heels of the bizarre White House press release about another supposed Syrian government gas attack which warned President Assad that he would “pay a heavy price” if carried out.*

While the State and Defense Departments were apparently caught off guard by the White House action, Ambassador Haley was not (probably given advanced notice) and issued an even more provocative tweet:

Any further attacks done to the people

of Syria will be blamed on Assad, but

also on Russia & Iran who support him

killing his own people.**

Not only has Haley appointed herself judge, jury and executioner of the Assad regime, but her wild accusation includes reprisals to the neocons’ ultimate targets of Russia and Iran.  Her ridiculous statement has now given Syria’s enemies the green light to conduct another gas attack which will be blamed on Assad and his allies, Russia and Iran.  Nice work, Nikki!

From a diplomatic perspective, the entire affair was bungled and amateurish, confirming once again that the Trump Administration is out of its league in conducting foreign policy.

That Haley was even chosen to become part of the Trump Administration has been odd from the beginning, but as things have unfolded quite telling.  Haley was a vociferous critic of the future president.  She, and the likes of another war-monger and Russophobe, Lindsey Graham, were consistently attacking candidate Trump for being “soft” on Russia and his immigration stance especially his wildly popular border wall proposal.  To Haley and Graham, Donald Trump was out of step with the Republican Party’s values such as diversity as represented by Haley who, herself, is of Indian heritage.

Yet, despite all of the vitriol heaped at candidate Trump, the newly elected president, in a surprising and ominous move, decided to make the South Carolina governor, UN ambassador.  This, and a number of other selections to foreign policy posts, signaled that President Trump would abandon his promises and vote-garnering campaign talk of peaceful coexistence with Russia, a reduction of US presence in the Middle East, and in other hot spots across the globe.

While Haley has been an ardent warmonger from the start, President Trump did not have to select her for the post.  There were other more competent and surely less belligerent candidates available.  More than likely, the choice was probably a nod to his “advisor” daughter Ivanka, to curry favor among feminists.

While President Trump’s pick of Haley was an implicit betrayal of a large segment of his base, his foreign policy actions since becoming chief executive have been an explicit rejection of putting America first which he spoke of at his inaugural.  From escalating tensions with puny North Korea, dropping the mother-of-all-bombs on Afghanistan for no apparent reason, to making multi-billion dollar armament deals with the despots of Saudi Arabia among other troubling endeavors, Trump’s foreign policy is little different than his infamous predecessors.

While it looks like President Trump may have won the war, at least temporary, over the press and the anti-Trump Congressional forces about the fake Russian election involvement, he and his bellicose UN ambassador are now using the same underhanded methods to instigate a conflict to depose President Assad.  While the alternative media rightly showed how the mainstream press and politicos made up and manipulated stories to undermine President Trump, it should now be intellectually honest and call out the president and his UN ambassador for what they are doing in Syria.  In doing so, it may prevent the outbreak of WWIII.

We have seen it thous pictures a long time a go in Resident evil 4 game. So same ppl corporate who produced this game, it has don this act of terror in Syria, this is not discussable. It is very clearly and open that thous acts are coming from Dark powers, perhaps they are declarating openly on Media that they want to rule the world thats it.

I wish she would look after her own people and be more concerned about Syrians and Iraqi’s and beautiful children in Yemen being killed by her countries WMD that have been doing it for years even before the Bombs dropped on Japan in 1945. Sometimes you need to look in the mirror.

Nikki Haley is certifiably insane and should be locked up in a lunatic asylum.

Ugly witch was surely together with Killary during those monthly sabbats that she was famous for. I don’t see another explanation how a woman can hate children so much…She does perfectly understand that to create that false flag chemical attack that she ordered, jihadists will actually kill children for real just as they did last time. 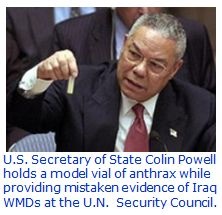 Thank You! One witch after another.

Terra Cotta Woolpuller
Reply to  so

Don’t be polite just call her Brunhilda the Bitch !

That is rather racial.

Colin Powell did what he did, for the benefits of him and his Council of 300 chums. Nothing to do with the colour of his or their skin.

First, the blacks in the US call themselfs “Nigger” and second there are so many honest jobs for blacks who served high degrades in the US army that he did not be forced to lie for the criminal Bush gang. Does he had in his mind how many children and women would die when the bastards raid Iraq? No, for his own benefit not. So he is a nigger to the whites and that is not racial but true.

It is still racial. We are responsible for our own actions, it does not matter what colour, culture, sexuality, gender, class or whatever/wherever we come from.

He chose which direction he wanted to go and it had nothing to do with his colour.

And it is no racism to mark certain arabs, all palestinians as free targets to serve zionists? Exactly that is what slave Powell has done with Iraqi People and what is now ongoing in Syria initiated by the same kind of manhood.

Who labels them the same, in their own words, is just as racist as any person using similar language, no matter there colour, religion, race, creed, gender etc, etc, etc.

Being able to spin a lie, a strong tale, or basically bend every lie or truth into the opposite is a prerequisite on every UN ambassador. Or ambassador. Or ministerial post. Basically for every political function. Which is why I never believe any of them.

Haley, member of a political party that violently opposes any idea of providing even basic health insurance to US citizens – small children and beautiful babies included – wants us to believe that she cares about well being of Syrians. That’s what happens when you start imagining that the whole world is just as stupid as those rednecks that voted you into office …

Americans womens are one of the worst creatures walking on earth. Very vindictive, revengeful, very cold with no feelings.

You are not wrong, in fact it is hard to see then as human at all.

What a fucking stupid bitch….

Before her UN position she was governor of S. Carolina, pretty much a non neocon of Indian heritage. To take that UN one must undergo a profound degradation of character and virtue to be the mouthpiece of raving lunatic neocons.

That is one ugly ass bitch

Standing there holding pictures that in reality shows what US supported terrorists are doing in Syria. She is a good example of continuity of administrations…picking up where the other bitch from hell, Samantha Powers, left off. Surely these two are childless..I mean who would want to stroke that? Where did they find these two? Hillary’s bedroom?

Nimrata Singh aka Nikki Haley (as did her predecessor and the UK Ambassador to the UN) has attended the Soros funded centre where the US, UK, France, etc Ambassadors and Politicians practice on delivering speeches, ultimatums, warnings, body language, etc.

One example of this centre is Melania Trump’s speech she was trained with using a copy of Michelle Obama’s speech.

Nikki Haley is now promoting Trump’s new slogan which is

The US seems to chose their Ambassadors based on Greek characters such as Medusa aka Samantha Powers and the Gorgon aka Nikki Haley , they must have hatched their children , don’t see no other way it could happen .

Oh well, way she’s going she’ll be singing out the other side of her mouth before too long.
If she’s lucky her kids will be hit in the first volley – and she can have the rest of the war to whine about Other People’s Warmongers some more.

The Zios have been doing this for yonks.

If you scroll halfway down, you will see the “Six Million” section. The Zios were pulling out the six million number during the Bolshevik uprising and the civil war in Russia, wailing that six million Jews were being starved, killed, and persecuted by the nasty Russians.

They kept this up intermittently between 1915-1938, and after WWII ended, restarted the “six million” nonsense again, this time against the Germans.

Russians, Germans, ancient Romans – it doesn’t matter, they’re going to pull out the “six million” (or “forty million” in the Romans’ case) and “holocaust” propaganda against their enemies (or more correctly, victims).

As a nation, Israel (and the Jewish Nation), suffer collectively from an advanced case of Munchausen’s Syndrome. They are psychologically ill, in other words. They cling onto this fantasy of constant persecution of their people in order to gain political benefit and money.

Occasionally, they do the same for their “allies”. In Syria’s case, it is the SDF, YPG etc. They claim these militants (and the civilians unwillingly embedded among them) were attacked by chemical bombs of the Syrian army.

They make up a scenario of a chemical bombing, and film the dying and sick in order to bring it home to the viewers around the world that Syria is committing atrocities. This is Munchausen’s by proxy. In this case, they actually cold-bloodedly kill their victims in a false flag. Parents who suffer from this mental illness cold-bloodedly cause symptoms in their children.

So, knowing this pattern of behavior, it made sense for Russia and Syria, etc, to be alert for another similar attack in recent days. Germany and France were pulling back, saying they don’t want regime change.

The SAA were advancing strongly in the north east, toward Deir Ezzor. So, it was time to pull out the atrocity card and reverse this situation, creating a fake justification for the US military to attack the SAA.

Only problem was the world didn’t believe when it happened in Idlib. (Look at the expression on the face of the woman sitting behind Haley. It could be her showing skepticism for the stuff spewing out of Haley’s mouth.) They’re not going to believe it the next time it happens.

Trump let down hundreds of millions of people when he appointed this Hindu Hag!

I’ve only read three articles on Niki Haley and already I can’t stand her.