According to the Turkish President, the next stage of Operation Euphrates Shield will be conducted not only on the Syrian territory, but also in Iraq. 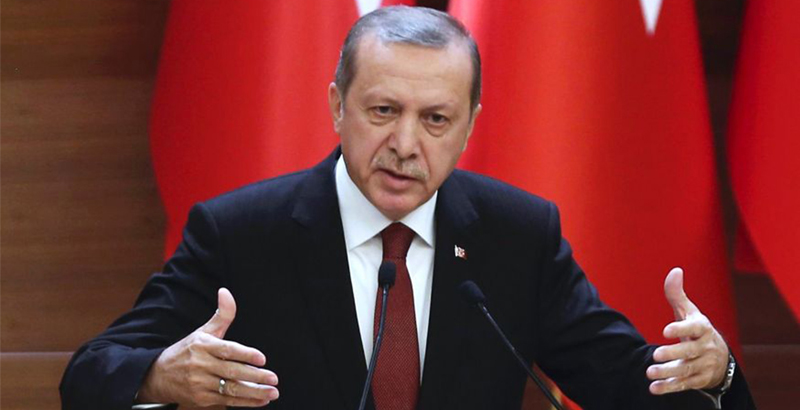 The next stages of the Euphrates Shield operation, which had been recently concluded, would be broader and in addition to Syria would include terrorist-held territories in Iraq, Turkish President Recep Tayyip Erdogan said on Tuesday, speaking to the Turkish NTV and Star networks.

The Turkey’s leader described the military operation as the first stage of the country’s counterterrorism road map and added that expanded stages would follow.

The future operation will have “not [only] a Syrian dimension, [but] also an Iraqi dimension. There are the Tal Afar and Sinjar situations [in Iraq]. We also have kin in Mosul [Turkmens],” the Anadolu news agency quoted Erdogan’s words.

The Euphrates Shield operation was launched last August and carried out with support of the Free Syrian Army (FSA). The main official goal of the campaign was to support the coalition’s forces, improve security and eliminate the terror threat along the Turkish border. The operation was concluded on March 29.

The Turkish President noted that the situation was worse in Iraqi region of Sinjar and added that the city had all chances to become the “second Qandil” for the Kurdistan Workers’ Party (PKK), which is considered as a terrorist organization in Turkey, referring to the PKK’s headquarters in the Iraqi Qandil Mountains. “There are around 2,500 PKK terrorists in the efforts to create this second Qandil,” Erdogan said.

The Turkish President also called Shia Hashd al-Shaabi, also known as the Popular Mobilization Units (PMU), a terror group, which, according to Erdogan, is operating in Iraq as an invasion and occupation movement.

Sometimes the Turks should shut up when talk about invasion and occupation movements .

At this point in time I’d say that EVERYTHING he says is only to score with Turkish voters.

Erdogon you fillfy dog, PMU will put you on your lesh

This is it, if the Kurds in Iraq declare independence Turkey will attack.

thats the idea but im afraid US will protect the kurds like they did in Manbij.

No way can the USA defeat Turkey, Syria, and Iraq on their own territory when they are supported by Russia, China and Iran. It will be a bigger defeat of the USA then Vietnam and probably crash the USA dollar and economy in the process as well and perhaps end the super power status of the USA like Afghanistan did for the Soviet Union.

Your false god Hitler was an anti European Zionist stooge and the father of Israel through the Havara pact who killed almost as many white Europeans as the greatest mass murderers of the 20th century the racist supremacist Jew Yagoda and his fellow Jewish murderers and Hitler carried on their work.

The Greatest Mass Murderers of all Time were Jews, says Jewish Columnist

http://www.ynetnews.com/articles/0,7340,L-3342999,00.html http://www.jewishvirtuallibrary.org/haavara HAAVARA, a company for the transfer of Jewish property from Nazi Germany to Palestine. The Trust and Transfer Office Haavara Ltd., was established in Tel Aviv, following an agreement with the German government in August 1933, to facilitate the emigration of Jews to Palestine by allowing the transfer of their capital in the form of German export goods.

“We also have kin in Mosul”

You don’t have shit, stay out of other countries, Erdog.