According to Russian and Western sources, Russia is preparing for a major bombing-missile air attack on targets in Syria. 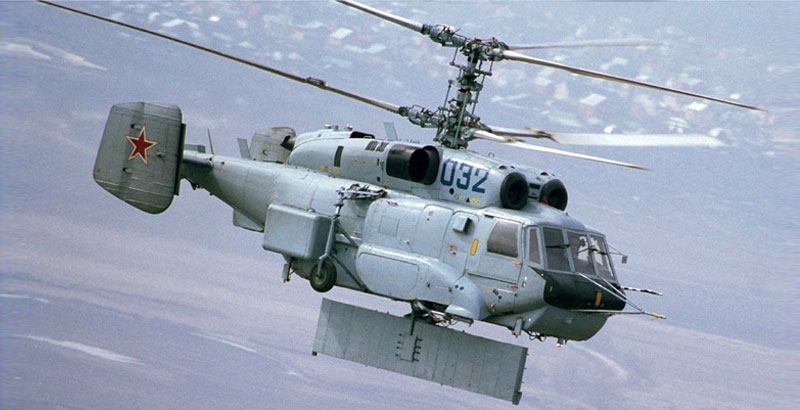 Various sources, including both Russian and Western ones, report on Russia’s preparations for a major bombing-missile air attack on targets in Syria. There are many indirect evidences that these sources tell the truth. And the most important fact is that for the first time in decades the Russian Army has a ‘tool’ that is capable to provide such a strike. And it has already been seen in Syria.

This ‘tool’ is the newest Ka-35 early warning radar-carrying rotary-wing aircraft, which was for the first time demonstrated in 2015. A helicopter base of the aircraft was not radically changed, compared to its predecessor, the Ka-31, but now it has a new antenna, turned to the side and capable to implement an all-round visibility. Outwardly, it looks like an iron board, attached to a bottom of the helicopter.

In addition, the Ka-35 is equipped with various modern electronics, including navigation satellite system and equipment for data processing and identification of purposes. The Ka-35 has turned into a flying command point, capable to aim and escort a missile, including the Kalibr, the Granit and others, up to anti-tank missiles.

Earlier, the Russian Armed Forces had nothing like it. The Ka-35 makes possible to carry out the massive bombing-missile air attack, giving targets for hundreds of missiles and fighter jets, coordinating and linking them into a consistent fighting system.

A single helicopter of this model was seen in Syria on October 26, just about two weeks ago. It is assumed that currently the Russian Aerospace Forces have only two such aircraft and even not in service but in attempted operation. But this fact needs to be clarified, as a prototype of the Ka-31 is used for a long time and even sold to India. However, the prototypes are equipped with old radar facilities, which is much weaker than the current one.

The Ka-35 helicopters, as well as other aircraft of the Russian Aerospace Forces that are currently operating from the Hmeymim airbase and will start to operate from the deck of the Admiral Kuznetsov aircraft carrier in the near future, are capable to produce a very impressive effect. Reportedly, the Russian sea-based aviation will be also protected by two Bastion-P mobile coastal defense missile systems, which are currently in service of the Syrian Armed Forces. This will allow Russian ships and carrier-based aircraft to focus on the main task – carrying out of air strikes on terrorists.

According to military experts, on condition of a right target designation, the massive bombing-missile air attack is capable to paralyze the entire defense of terrorists near Aleppo and relieve tension between militants and the Syrian Army. And this will allow Syrian troops to focus on liberation of eastern Aleppo and then start an operation in Idlib.

Probatly very nice, but I cant see any sensible targets for it outside the Assad areas.