The first demonstration flight has been made by the newest Chinese Chengdu J-20 fifth-generation fighter jet during the 11th China International Aviation & Aerospace Exhibition in Zhuhai. 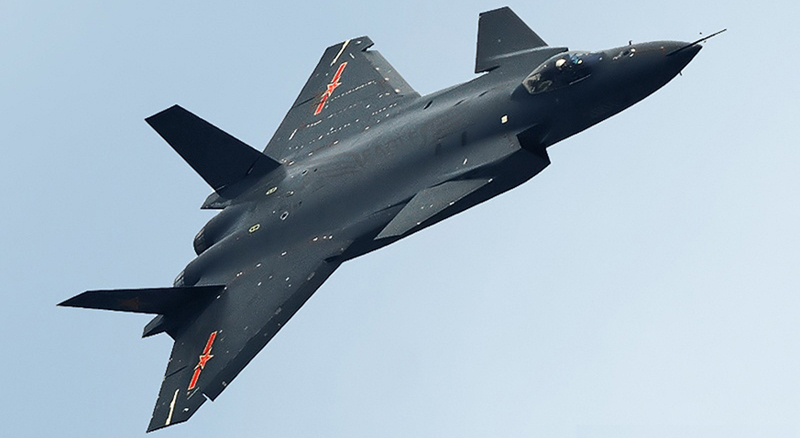 The newest Chinese Chengdu J-20 fifth-generation fighter jet made its first demonstration flight, the China News Service news agency reported. The demonstration of the possibilities of the advanced frontline aircraft system was held within the framework of the 11th China International Aviation & Aerospace Exhibition in Zhuhai, Guangdong province.

The most part of the tactical and technical characteristics of the newest aircraft is still remains a mystery. It is known that the J-20 was developed by the Chengdu Aircraft Industry Corporation. It made its first test flight in early 2011.

According to the information, which was revealed by the fighter’s designers and appeared in public sources, most likely, the fighter jet is equipped with the Russian AL-31FN engines for the fourth-generation aircraft.

Judging by appeared photos, elements of the body structure of the Gyrfalcon, as it is called in China, were copied from the Russian MiG 1.44, which has not completed its tests, as well as from the American F-22 and F-35 fifth-generation fighter jets.

According to the official information, disclosed by designers of the aircraft, the flight range of the J-20 is 5,500 km, the combat radius – 2,000 km and the practical flying altitude – 20 km. The fighter jet is operated by a single pilot.

There are some details about weapons of the Gyrfalcon. Most likely, it is armed with the latest Chinese PL-10 air-to-air missiles. The PL-10 missile was created in 2013, it is equipped with a multi-element infra-red homing system with dazzle protection, and is capable to hit targets that are away from the aiming line. Data on a missile aiming can be displayed by a helmet-mounted display of a pilot.

However, the main feature of this weapon is that the missiles are equipped with an engine with a thrust-vectoring module, and, according to Chinese experts, for this reason, the PL-10s are super-manoeuvrable.

Any guess as to who gave China secret info on the American F-22 and F-35 fifth-generation fighter jets?