A protester hung a copy of the petition to free the Petrenko Group on the door of Moldova’s UN Mission. 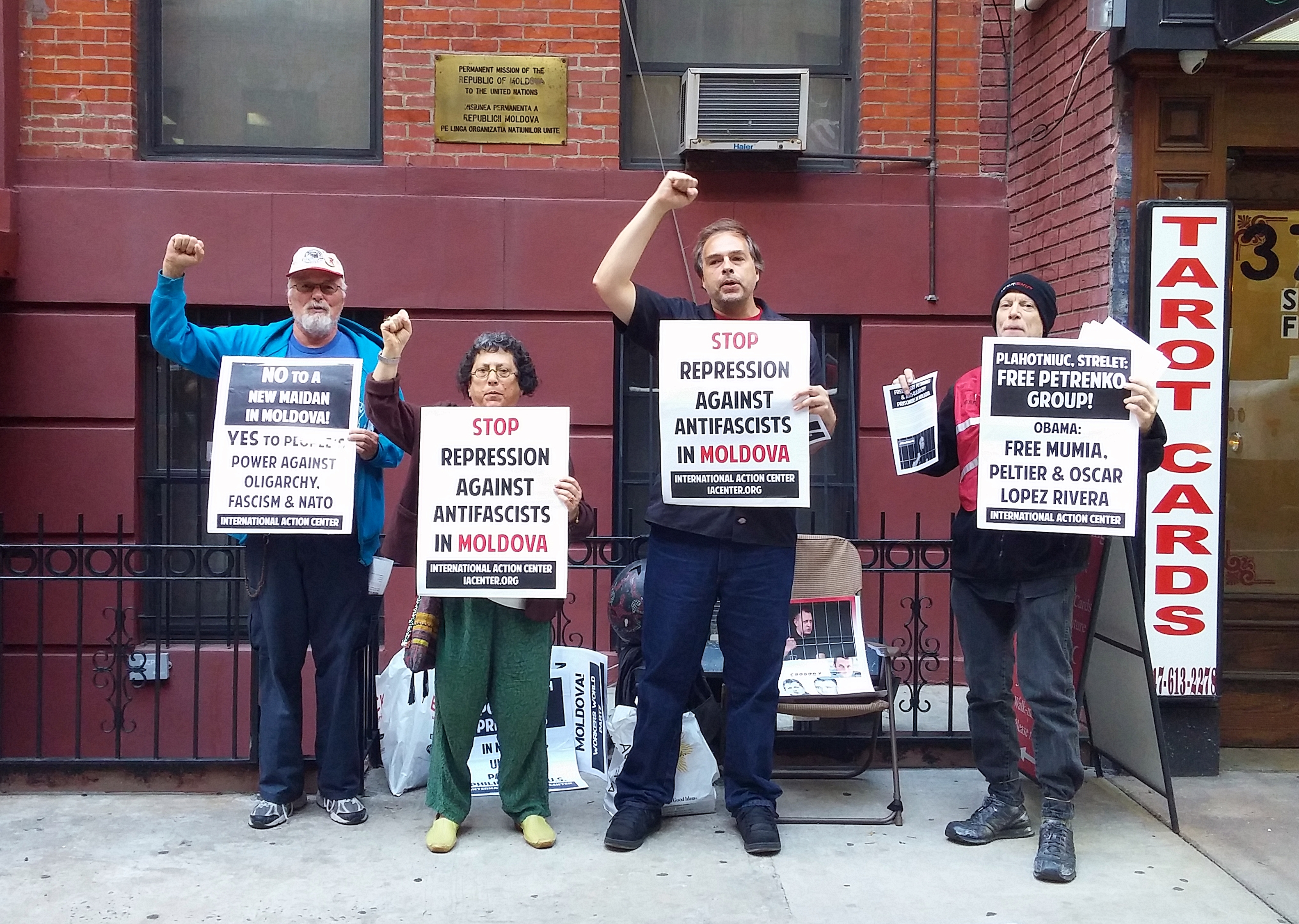 Protesters demanding freedom for Grigory Petrenko and imprisoned Red Bloc activists picketed outside the Republic of Moldova’s Permanent Mission to the United Nations in New York on Sept. 21.

The protest had two aims: to show solidarity with the seven anti-oligarchy activists, who were jailed for 30 days following a peaceful protest in Chisinau on Sept. 6, and to begin informing working-class people in the United States about the situation in Moldova.

As activists chanted, held signs and handed out informational leaflets to passersby, they saw staff members of the Moldovan Mission peering nervously through drawn curtains. 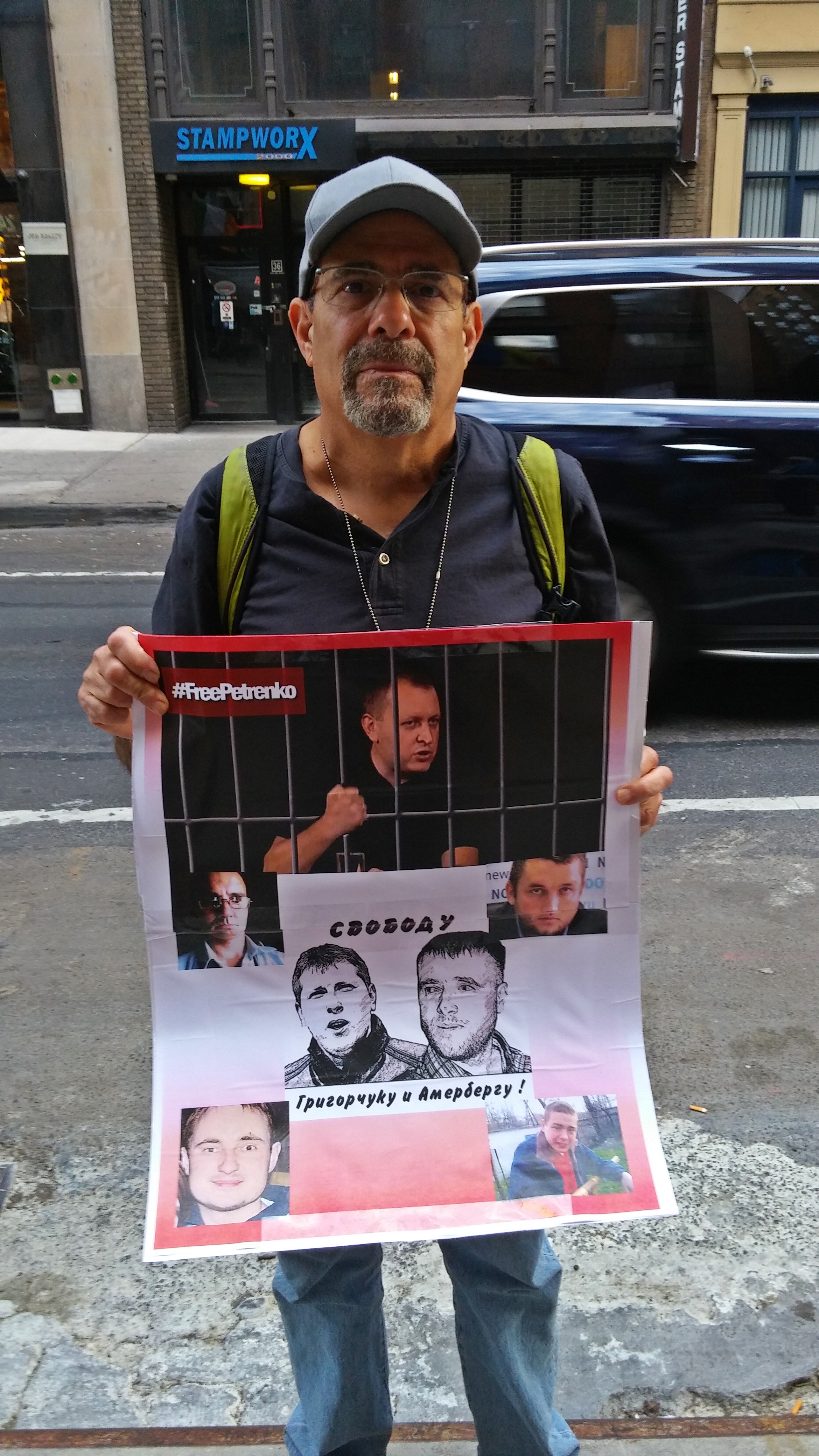 As the picket ended, a protester hung a copy of the petition to free the Petrenko Group on the door of the mission. So far, the online petition has been signed by hundreds of people from the U.S., Moldova and other countries. 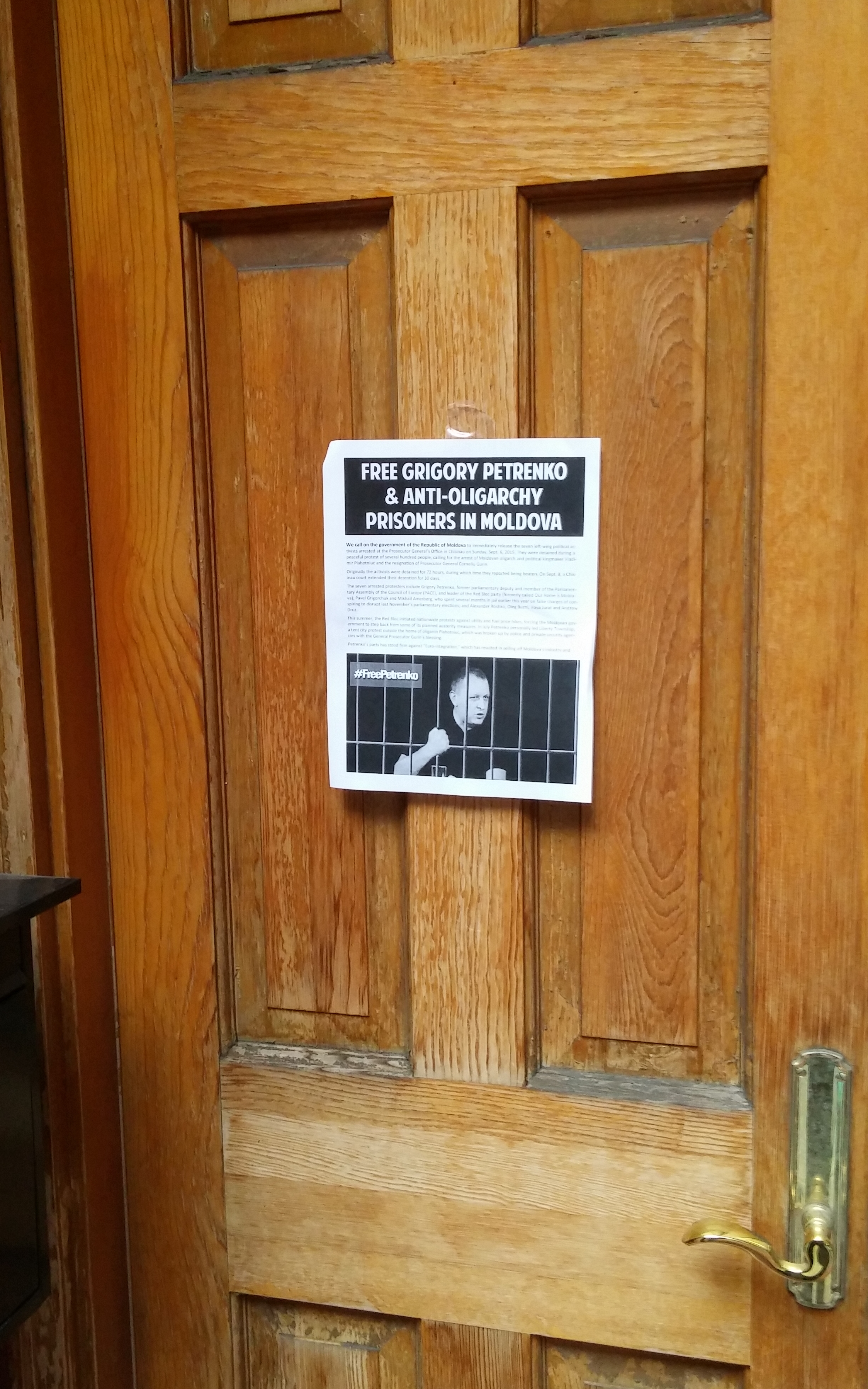 Protesters said they would continue to raise the issue of the Moldovan political prisoners at other protests during the UN General Assembly from Sept. 25 to Oct. 3.

The action was called by the Solidarity with Ukraine Antifascists Committee of the International Action Center.