A White House policy directive released on Friday directs satellite makers and operators to harden their spacecraft against hackers and hijackers, and coordinate their activities to make sure everyone is working in accordance with the same objectives and procedures.

Defenseone.com reports that the new ‘Space Policy-Directive 5’ urges manufacturers to design their hardware and software so that operators can monitor and adapt to “activities that could manipulate, deny, degrade, disrupt, destroy, surveil, or eavesdrop on space system operations.”

They should also have plans and tools in place to recapture control of satellites that get jammed, hacked, or hijacked.

The directive urges satellite makers and operators to also better manage the security of ground stations and address “supply chain risks that affect cybersecurity of space systems.” It calls on satellite makers to better collaborate and “share threat, warning, and incident information within the space industry.”

The national security community has become increasingly focused on threats to U.S. satellites over the last several years, as Chinese space activity has grown, Russia has taken some provocative manoeuvres in space, such as the recent test of a space-based projectile, and India tested an anti-satellite rocket.

A 2019 Defense Intelligence Agency report said that China and Russia are “developing jamming and cyberspace capabilities, directed energy weapons, on-orbit capabilities, and ground-based anti-satellite missiles that can achieve a range of reversible to nonreversible effects.”

But the threat of malicious cyber activity against space communications, whether targeted at satellites or the ground software and hardware, is among the most severe potential threats. In March, the Center for Strategic International Studies, or CSIS, documented growing cyber and physical threats to US and allied satellites. “Cyberattacks can be used to monitor data traffic patterns (i.e., which users are communicating), to monitor the data itself, or to insert false or corrupted data in the system,” the CSIS report said.

The White House announcement is a step forward, said one of the report’s authors, Todd Harrison, director of defense budget analysis and senior fellow in the International Security Program at CSIS. “While many commercial firms already do the things outlined” in the directive, Harrison said, “it is good governance to put these things down in policy and it sets the right example for other nations to follow. Part of being a leader in space is leading by example when it comes to best practices in commercial space operations. It is also important for national security because the military relies on many commercial space systems to augment its own capabilities in areas like communications and imagery.”

Brian Weeden, technical advisor for the Secure World Foundation, said that the memo was expected and was the result of a process that had been going on for some time. “Cybersecurity has been a low-key but growing issue in the space world… Satellite operators (both governments and companies) are very reluctant to talk openly about any attacks they’ve experienced, but satellites are essentially computers in space connected to more computers on the ground and as such are vulnerable to many of the same cyber attacks we see in other sectors. “

The directive follows other initiatives aimed at closing the gap that has opened over the last decade between Russia’s most advanced intercontinental ballistic missile technology and hypersonic weapons systems and China’s apparently advanced anti-satellite capabilities.

Its a needed part of all invensions and we are behind in this. I hardly cares about Trump and still dont understand their election system only can give Hillary against Trump.

Ask Jens if he voted to stop circumcision in Denmark LRcaptain, I blocked the muppet as I get dizzy trying to figure out what all those letters he puts up willy nilly mean, lol.

the more I speak w internet “engineers” the more it becomes obvious that employment of these hackable technologies has enhanced espionage capacities and caused amerikans to overestimate the capacities of their weapons, missiles, drones—all hackable by teenagers in La Ceiba Honduras

what happened to non militarization of space?

Same as the OST, INF, JCPOA, START2, out the window for the New World Order.

The MIC are chomping at the bit, bumper bonus’s for keeping the world at the edge of catastrophe.

We humans as a group are evil beings. We should all perish before we get an ability to colonize other civilizations.

Not all, just the ones who demand freedumb and demockery, or GodAllah for all.

I can live with a peaceful world, its just the rich boys who want to mess about.

Im not talking about a specific nation or country. But species. Throughout history we developed through destruction and conquest of others, and continue till today. If in 100 years we find a planet with an early stage developing civilization, and rich resources, I bet we will start the extortion of resources and killing whoever opposes it.
It is just the way we humans are.

I earnestly believe the majority of humans just want to get on with life, so the human race is not all bad.

I certainly hope we don’t start zooming about the galaxy the way we are today, I’d agree with you on that, but I also believe that humans can live peacefully together. When that happens, I couldn’t answer, but I do believe as a species we will get there.

Otherwise, we are just waiting for our doom.

We will live peacefully only when we care about people dying on the other part of the world as much as we would care about the same in our own country. But that is not happening now, and will not judging by human nature. Me judging it like that is my personal opinion though.

People care Sauron, a lot of us on here are from many different cultures and background. Some are despicable, but most people come on here as the MSM of our nations do not allow us to express our views. Our views differ, but promoting war is not what most people want.
That’s a start surely?

Majority of Humans arent evil, only dumb lead by evil people.
We can do better.

its nice to see someone optimistic. sadly for me I can’t share that optimism with you

too much hate you have mate. gotta chill

“Todd Harrison, director of defense budget analysis and senior fellow in the International Security Program at CSIS …..“it is good governance to put these things down in policy and it sets the right example for other nations to follow. Part of being a leader in space is leading by example when it comes to best practices in commercial space operations. It is also important for national security because the military relies on” lies, cheating and stealing the treasure, commons and inalienable rights of the worker ants world wide. They are going to grandma’s last coin and all future generations. $eath, $estruction and $MAD to fill the thieves vaults until then.

Its only exciting till there is a war in space, the debrie field will destroy most the communication satellites and astronomy and space travel will stop instantly for decades.

its good. we human will be bound to this planet until our doom 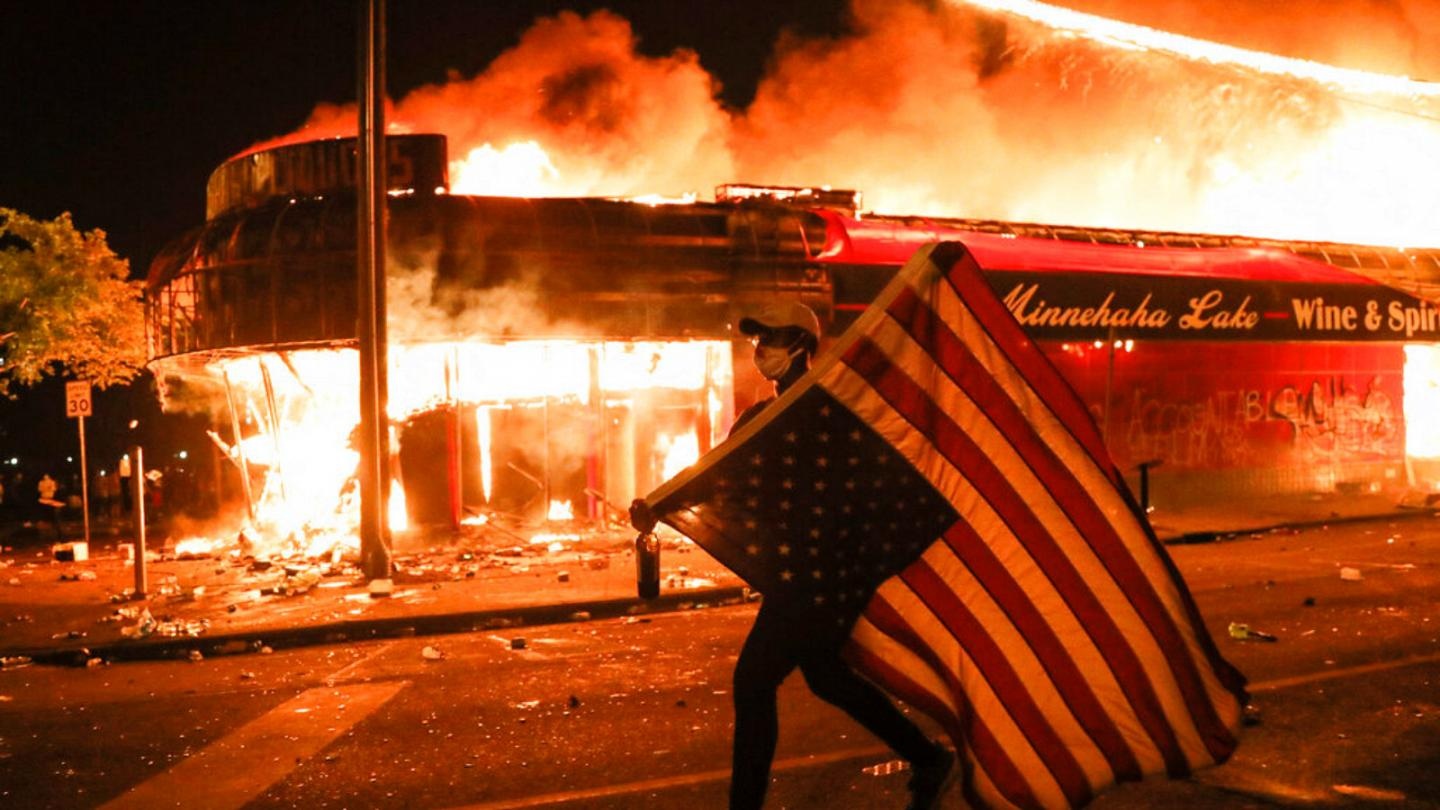 I know, they can’t protect their own cities and homes. What chance have they if they can’t do that!

That was a joke played on Russia and the world by ZioAmerica used to buy it time till it was ready with its space borne weapons. Just like the Short range nuclear treaty with Russia. Just ” tricks ” to buy time.

Its funny when most U.S. systems have either Chinese hardware or software in them already.
Good luck replacing it all…

Obviously some fans in the Pentagon.

The Pentagon stole the script, preparing for a false flag attack on Jupiter, lol.

At the White House they say the obvious and try to sell it as a novelty, is it just an election campaign or a normal stoned due to age? they sound like the talk of retired old queers.

Jamming is the worlds biggest security threat to our planet as we know it today.

I urged everyone to upgrade your smart systems and your corona vaccine to the latest edition and being alert on any misterious behaviour in all your installations.

To save lives and to preserve our way of living! Freedom from zions jamming.
https://www.youtube.com/watch?v=5WlCdiU9IzA

I got a medical exemption Tommy, so it can’t get me, and they can’t put it in the mask I don’t have to wear, lol.

Keep it up Tommy, you’re a cracker.