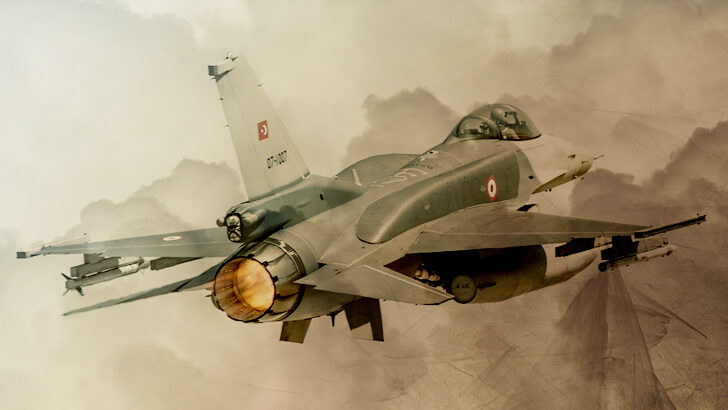 Late on November 26, a series of Turkish airstrikes targeted positions of the Syrian Democratic Forces (SDF) and the Syrian Arab Army (SAA) in norther Syria.

The airstrikes hit the outskirts of the towns of al-Malikiyah, Sewarxa and Maraanaz as well as the Menagh Military Airbase in the northern countryside of Aleppo. Following the airstrikes, the Turkish military carried out a series of artillery strikes on the same areas.

Heavy material losses were reported after the Turkish strikes. However, there were no casualties in the ranks of the SDF or the SAA.

Syrian government forces have been present in the targeted areas since 2018 to maintain peace under an agreement that was brokered by Russia.

The Turkish strikes, which were the most violent in recent days, were carried out in the framework of Operation Claw-Sword. Turkey launched the operation against Kurdish forces in Syria and Iraq on November 20 in response to the November 13 Istanbul bombings.

Ankara claims that the deadly terrorist attack was orchestrated by the Kurdistan Workers’ Party (PKK) and the People’s Protection Units (YPG), the core faction the SDF.

The new wave of strikes came following a warning from Russia to the SDF of a possible Turkish invasion into northern Syria. Senior officers in the Russian military grouping in Syria have reportedly asked the group to hand over its territory along the border line with Turkey to the SAA’s 5th Corps to prevent the invasion. However, the group refused.

Turkey will likely press forward with Operation Claw-Sword until it secure at least some political and military concessions from the SDF.

NO, BESTIALITY AS USUAL, FOR UNHUMAN BEINGS

Blow the shit out of them hypocrites and allies of the enemies of Islam.

I REMEBER SOUTHFRONT’S ARTICLE: CLOSING WINDOW. That was before Russia discovered its true military strength.

Yes, you yourself believe that you are a true Sunni Muslim and the other Muslim factions are fake and deserve to be killed.

Is only a brain damaged ISIS member who can say something like that.

Can any other Islamist and Muslims answer The objective?! Here is his statement: Your dead brain is incapable of discerning that there are three camps in the Muslim world:

1. The true Muslims (Erdogan, Imran Khan, Mahathir, Sheik Tamim, Taliban etc) and their supporters 2. Misguided Muslims (This is mostly among followers, not leaders. You’ll find most of the among the Shiites and Sufis). 3. Downright hypocrites. These are non-Muslims wearing a Muslim appearance.

ALL allies of Christians or the West fall in this category. They are the ones we have to kill first before confronting their Christian/White/Western allies or masters. This is what Turkey is doing.

Sorry, but this makes no sense to me as it states “Heavy material losses were reported after the Turkish strikes. However, there were no casualties in the ranks of the SDF or the SAA.”….

Gets a little disappointed when it is written that no Muslims have been killed.