Warplanes of the Russian Aerospace Forces carried out on December 12 several airstrikes on terrorists’ positions in the southern Idlib countryside.

According to the UK-based Syrian Observatory for Human Rights (SOHR), Russian warplanes struck several positions in the vicinity of the towns of Jarjanaz and Umm al-Tinnah.

“There are no information about any human losses,” the monitoring group’s report reads.

Opposition activists shared a video showing some of the Russian airstrikes which targeted the outskirt of Jarjanaz. Al-Qaeda-affiliated Hay’at Tahrir al-Sham (HTS) captured the town from Turkish-backed militants earlier this year.

The Russian airstrikes were likely a response to the HTS recent attack in southeast Idlib. The terrorist group captured a key position in the region from the Syrian Arab Army (SAA) a day earlier.

The lack of any decisive action by the SAA will likely encourage HTS to step up its attacks in southern Idlib in upcoming few days. Turkey, which established twelve posts in Greater Idlib, is quietly observing these provocations.

finally they use the bigger eggs…

This idiots HTS they will be destroyed in the end
Syria army, Iranian army and Russian army they will flatten every single building to the ground, to look for them.
There won’t be a single place left standing intact, there will be no place to hide eventually.
You can run but you cannot hide from Russians.
Neither Europe or USA or Africa or Asia wont be a place where Russians won’t find the terrorists and they will eliminate them on the spot. ((Accidental death )) In Germany they are already hunting them down
I think that Turkey aren’t stupid..
They remember what happened to their country in the past, when Islamists start killing people in pubs, restaurants,night clubs, eventually even Turkey will hunt them down. Probably they do now but silently.. they already know every single oane of them from the day they when Turkey got involved in the conflict.
They have all the names and pictures and nobody can escape borders of Turkey.

This KFC imitation restaurant is deep inside terrorist gangster factions controlled Idlib, Syria; KFC must inform the public so they are not accused for “equal rights” “civil rights” “human rights” violations;

…it is doubtful that Yum Brands, an American company will be able to do anything about it, despite these terrorist gangsters attempting to use this “fake” KFC to bolster its legitimacy in hopes of attracting international investment crucial to Idlib province’s survival;

…I am waiting for the Syrian Armed Forces, Russia & other Syria allies with all their firepower to give this “fake” KFC a slam-dunk !!! 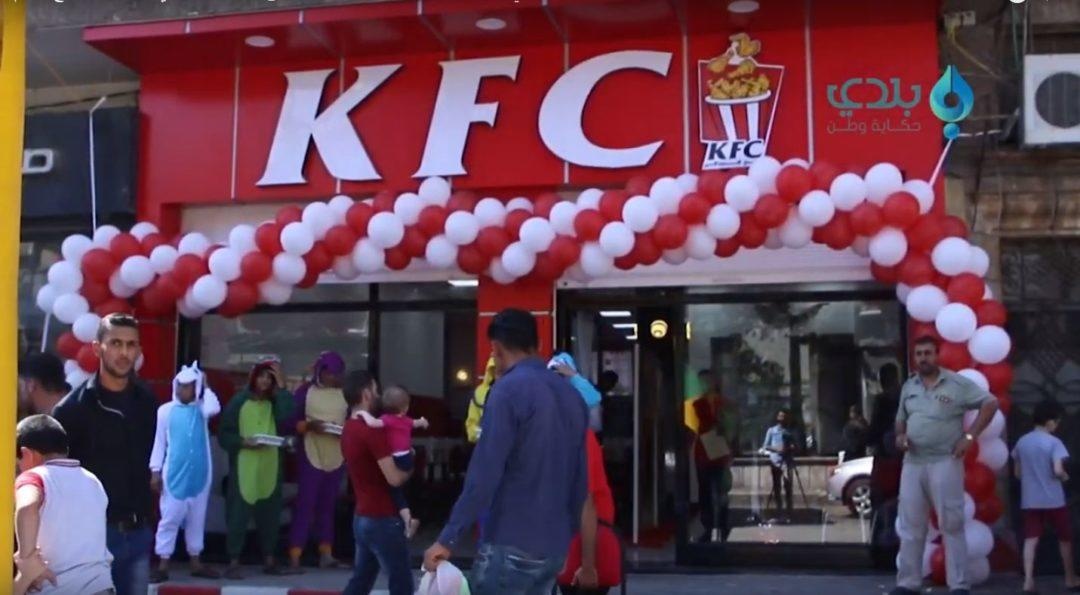 Go, go hit them hard. There’s something goong, on it is pretty quiet and bet that SAA has a plan what to do next.