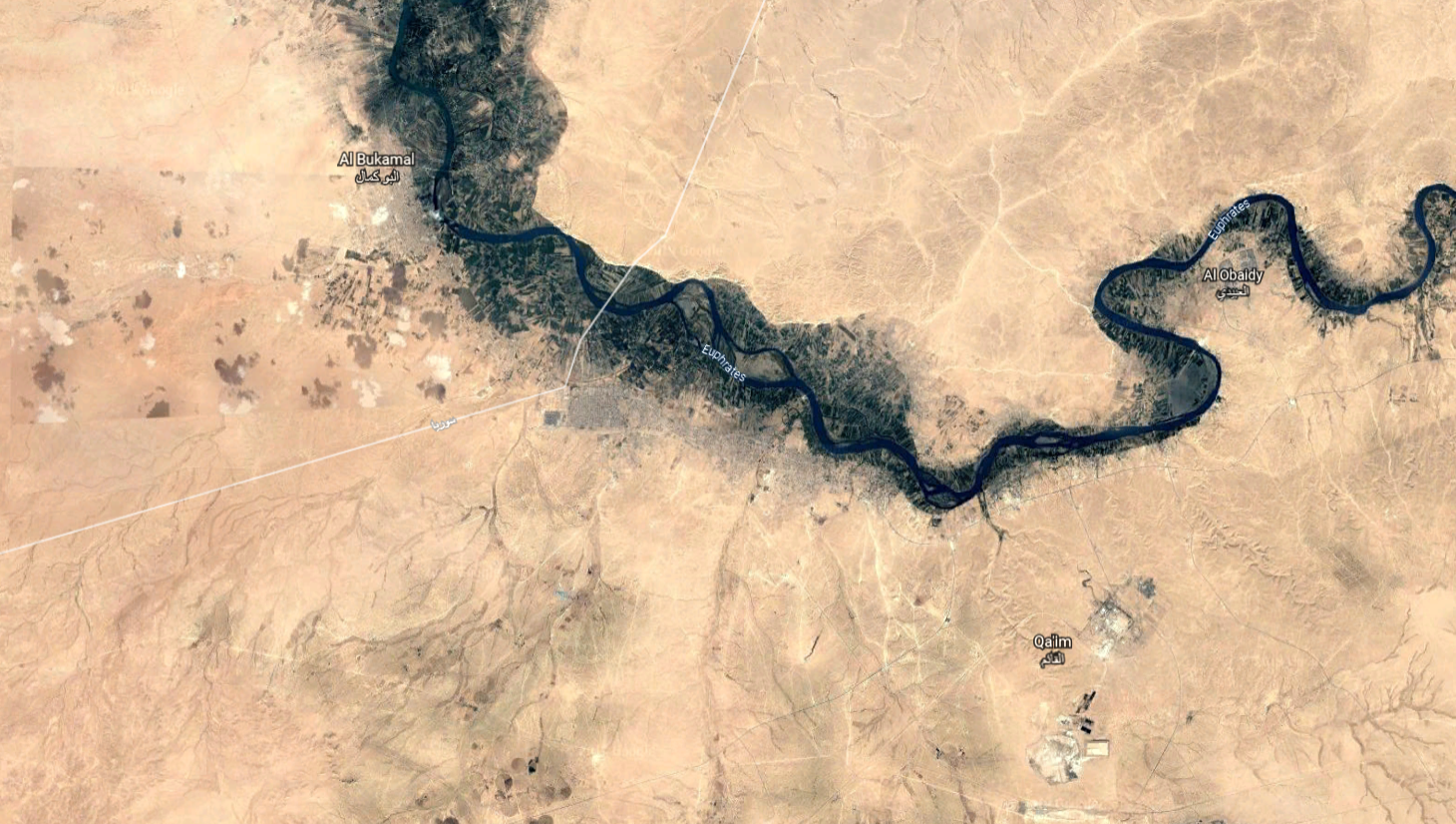 A new wave of airstrikes targeted in the afternoon of September 18 military positions around the Syrian city of al-Bukamal on the border with Iraq, several local sources claimed.

Deir Ezzor 24, a pro-opposition blog, said that at least six missiles struck positions of Iranian-backed forces in the vicinity of the strategic city.

“Air strikes targeted positions of the Iranian militias in al-Bukamal city, using more than 6 missiles,” a short report by the blog reads.

A day earlier, several Israeli airstrikes targeted a large base southeast of al-Bukamal, where Iran and its forces are supposedly working to establish a missiles site. The Iranian-backed Fatemiyoun Brigade confirmed that unfinished buildings were destroyed as a result of the attack.

If confirmed, the new attack could be aimed at intimidating both Syria and Iraq, which are preparing to reopen the strategic al-Qa’im crossing next to al-Bukamal. Israel views the crossing as a major threat because it could link the Syrian capital, Damascus, with Iran’s Tehran.

misinformation and misdirection. If it were true there would be a smoking crater instead of Riyadh. All cute people know who did it and why they try to provoke a reaction

Now we will see Pompeo / Trump issue fierce condemnations over this act of war against the Syrian Arab Republic and say, ‘we are locked and loaded’. I’m holding my breath.

“Information about this is actively disseminated by Syrian journalists referring to a certain military source in the country, and, according to recent data, Iran is ready to supply its air defense systems to the Arab Republic at a special cost, but provided that these air defense systems will not depend on Russia,” the publication said.

The publication added that the Iranian air defense system shares similar characteristics to the Russian S-300, which should limit the amount of training time needed to use it.

Syria first acquired the S-300 last October when the Russian Federation made their first delivery of this air defense system.

Russia’s decision to supply Syria with the S-300 came just days after their IL-80 was accidentally shot down by the Syrian air defenses off the coast of Latakia.

Russia blamed Israel for the incident, stating that an Israeli Air Force F-16 used the IL-80 for cover during their exchange with the Syrian air defenses.

My friend, could anything more profoundly logical be said then what you just said? What are these people thinking. Before wasting all of their time and energy and building materials and loves, first thing they should put in place is short range missile defense followed a day or two later with long range air defense. Iran needs to ship some in already. Below Is A News Article About Syrian Wanting To Buy Iranian Air Defense Now: https://www.almasdarnews.com/article/syria-allegedly-considering-acquisition-of-irans-new-air-defense-system-report/