Al-Qaeda-affiliated Hay’at Tahrir al-Sham (HTS) has ordered its militants in the northwestern Syrian region of Greater Idlib to hide from Russian warplanes.

“Cancel all unnecessary gatherings, distribute personnel within headquarters and gatherings, camouflage positions, especially the military ones, don’t allow reconnaissance aircraft to spot you and deploy equipment and vehicles in a safe manner,” the order, which was issued on October 31, reads.

The order was issued following a series of pinpoint strikes that hit militants’ positions in the southern and northern countrysides of Idlib.

The strikes, which were carried out with loitering munitions, destroyed at least one U.S.-made M114 howitzer and killed three militants of the Ahrar al-Sham Movement.

A video showing the moment when one of the loitering munitions hit its target in Greater Idlib surfaced on social media late on October 31.

This type of loitering munitions was used last July in a strike on an HTS-affiliated fuel trafficking company based in northern Idlib.

Some activists said the loitering munitions were launched by Russian forces. However, others believe that they were deployed by the Syrian Arab Army or Iranian forces. None of these claims have been confirmed yet.

Seems new, small, silent, and slow (ok for its size though). Most probably Special Forces, short distance radio control. I doubt its Syrian, could be Vagner or IRGC.
Whatever it is, it is in testing phase, and we just saw one of the tests.

I couldn’t identify the type. Here’s a photo. Any ideas? 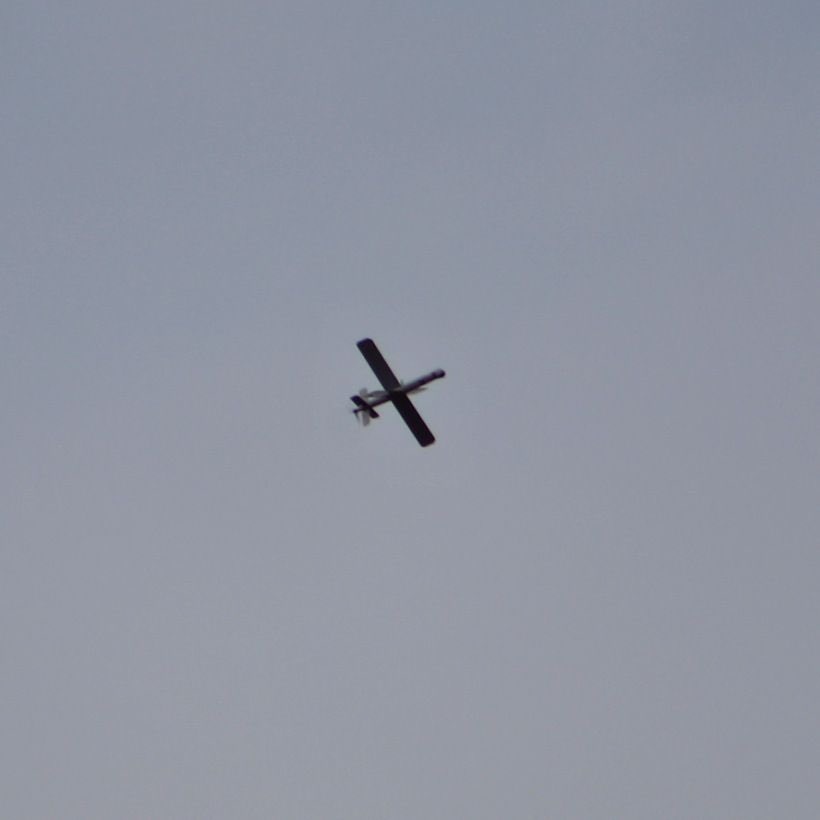 Not sure about the scale of this picture, but looks like man portable launched from a tube. Right after launch, the tail and wings open up (like scissors).

Added a link to it.
https://uvisionuav.com/portfolio-view/hero-400ec/

An Iranian version of Israels US version you mean.

The last original thought one of them had was to eat an apple ffs.

The explosion is kinda weak imo

Perhaps but the question should be about what was the explosive propelling rather than the size of the explosive itself. It’s the shrapnel that gets you not the explosion.

Indeed, nobody can work for too long in offices without windows.

Detonation can get you too.

Well you can fit only that much of explosive in such a small drone. Might be effective against infantry and light vehicles though

That is great job, seem so. Just keep them on fire. Send some more drones, Wahhabi have already started to flee to Turkay.

Not a very big explosion so only a small payload on the drone.

“The strikes, which were carried out with loitering munitions, destroyed at least one U.S.-made M114 howitzer and killed three militants of the Ahrar al-Sham Movement.”