On July 17, Step News, a pro-opposition outlet, released a video accidentally revealing that Jaysh al-Izza trains its militants right next to a refugee camp.

The video, which was meant as a propaganda piece glorifying the group’s special forces, shows that the training camp is located a few meters away from a refugee camp in an unspecified area of Greater Idlib.

Refugee’s tents and children can be seen right behind the training field, where a battle tank and dozens of fully armed militants were preforming live drills to celebrate the graduation of a new unit. 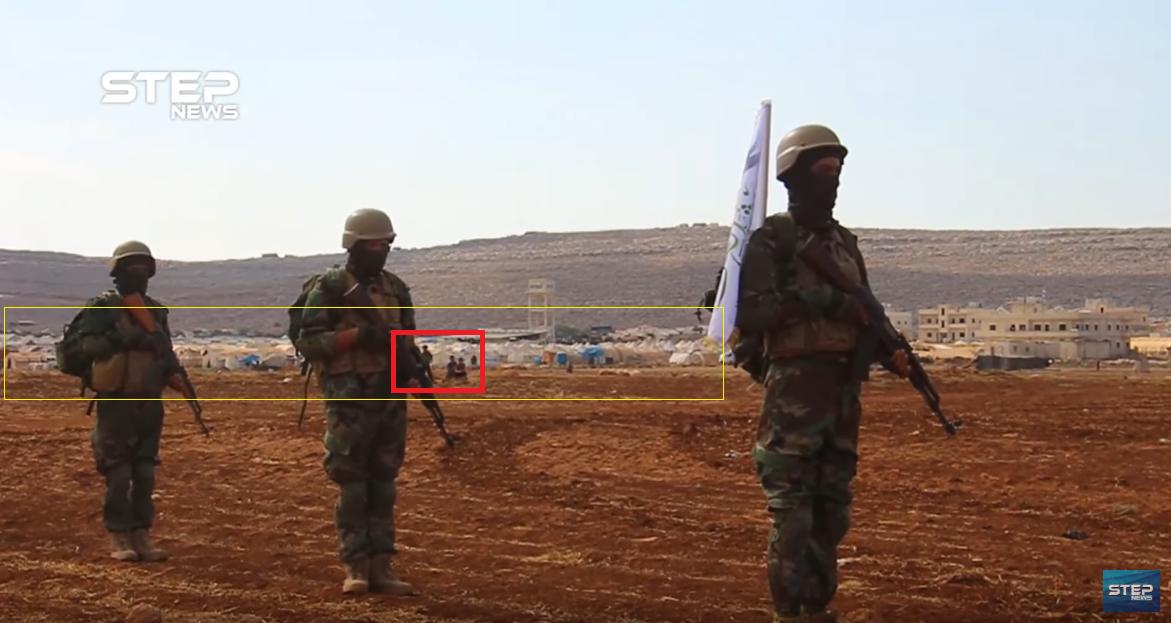 The unit’s training course was named after Abdul Baset al-Sarout, a senior commander of Jaysh al-Izza and a so called “icon” of the Syrian opposition who was killed by the Syrian Arab Army (SAA) in northern Hama last June.

In the video, Step’s reporter interviews a commander of Jaysh al-Izza, who claims that all the militants were trained to “respect human rights.” Apparently, the group don’t believe that using civilians as human shields is a violation of these rights.

Jaysh al-Izza is infamous for being a close ally of Hay’at Tahrir al-Sham (HTS), the former branch of al-Qaeda in Syria. The group is also believed to be responsible for several rocket attacks on civilian areas in northern Hama.

We call that cowards, hiding behind childern, women, civilians. Aminal like coward

Yes the rebels might be using the refugee camp as a safety shield but that not the only purpose it serves, it’s also a huge recruitment centre as well and a supply depot, so the rebels actually get 3 great benefits from being located near the refugee camp. But the good news for the rebels actually means bad news for the refugees, because now they not only have to share their UN supplied food and medicine with the rebels, they also have to put up with their bad behaviour as well, poor bastards. And if it’s not UN supported it’s Turkish supported, which means instead of the UN paying for it, the EU does instead. I’ll bet a lot of those refugees will end up wishing they picked Assad’s side and not the rebels side, especially when the rebels start conscripting their underage sons to fight in their army, and also rape and marry [only if they’re pretty] their underage daughters, and also possibly watch their children die from malnutrition and disease due to the rebels keeping most of it.