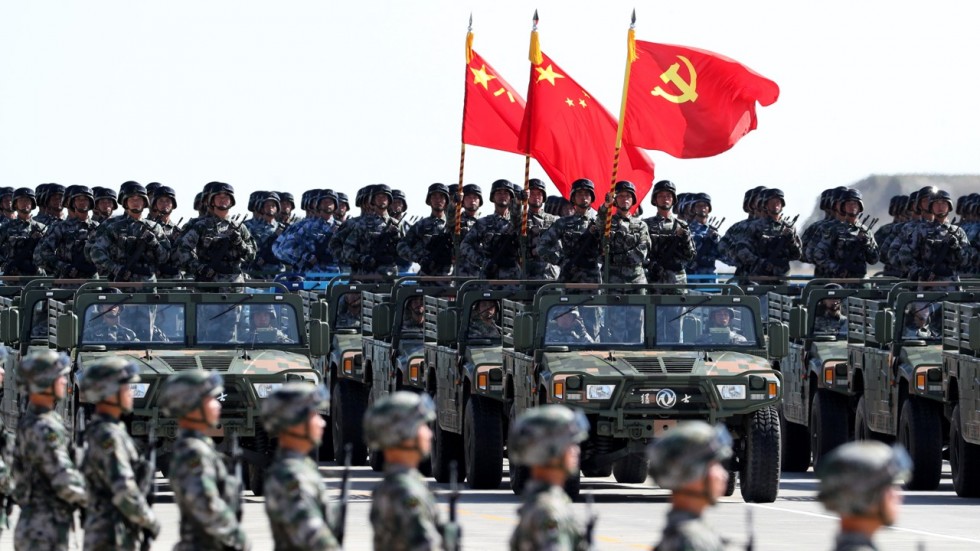 A new US national security strategy will keep the Obama-era approach describing China and Russia as the two main challengers to US global power, according to excerpts from the document released by the White House.

The new strategy comes after months of deliberation by the administration of US President Donald Trump and his administration. The strategy says that China and Russia “are determined to make economies less free and less fair, to grow their militaries, and to control information and data to repress their societies and expand their influence.” The US describes China and Russia as “revisionist powers” seeking to change the global status quo.

However, the mainstream media has already criticized the announced document for a lack of measures against Russia.

But while the document outlines a detailed plan to push back against China’s global economic ambitions, it says little about dealing with the kind of cyber and information warfare techniques that Moscow used to try to influence the 2016 presidential election.

The strategy, which Mr. Trump plans to present in a speech on Monday afternoon, is the first comprehensive effort by his administration to describe an all-encompassing strategic worldview. Administration officials said it was drawn from speeches Mr. Trump had delivered during the presidential campaign, in Europe and Asia and at the United Nations.

It describes a world that was on a three-decade holiday from superpower rivalry, and suggests that holiday is over.

“After being dismissed as a phenomenon of an earlier century, great power competition returned,” the document says. It then tries to lend intellectual coherence to a foreign policy that is often defined by Mr. Trump’s tweets or his gut instincts about which world leaders are strong, which are weak and which are prepared to cut a deal.

The president, his aides said, enthusiastically approved the strategy and wanted to present it himself, something that his two immediate predecessors, Barack Obama and George W. Bush, did not do when their congressionally mandated strategies were published.

While the document’s description of pushing back against China on trade is familiar from the campaign, its description of the challenge posed by Russia seems at odds with Mr. Trump’s own refusal to criticize President Vladimir V. Putin for his seizure of Crimea, efforts to destabilize Ukraine and his violations of a key nuclear treaty with the United States. In fact, the document describes Russia’s behavior in far more critical terms than Mr. Trump himself often does.

China and Russia, the document says, “are determined to make economies less free and less fair, to grow their militaries, and to control information and data to repress their societies and expand their influence.”

“These competitions require the United States to rethink the policies of the past two decades — policies based on the assumption that engagement with rivals and their inclusion in international institutions and global commerce would turn them into benign actors and trustworthy partners,” the document continues. “For the most part, this premise turned out to be false.”

While President Obama’s two national security strategies emphasized cooperation with allies and economic partners, Mr. Trump’s attempts to walk the line between his campaign slogan of “America First” and an insistence that he is not rejecting working with American partners — as long as they do so on terms advantageous to the United States.

Moreover, Mr. Trump’s strategy contains more than a few hints of a return to a Cold War view of the world. While Mr. Obama used his strategies to de-emphasize nuclear weapons as a key to American defense, Mr. Trump calls those weapons “the foundation of our strategy to preserve peace and stability by deterring aggression against the United States, our allies and our partners.”

Everything USA is blaming to others is what they want to acheive or what they are already doing.

Just like they said that Hitler wanted to control Europe. At the end, USA is controling Europe.

USA doesn’t want others to do what they want to do.

It was the US deep state that meddled in the 2016 US election. They meddle in every country. The US proudly hacks everyone, more than the rest of the world put together. The US caused the trouble in Ukraine. The US weaponises information. It’s called projection, when you accuse others of whatever you do yourself.

You forgot the latest… Jerusalem. Caused so much problems.

It’s the Pentagon and CIA are insane bankrupt the U.S. plan.

If China had ANY doubts before, now the cards are on the table. They can’t fly under the radar and let Russia take all of the heat while they ingratiate themselves with the West. Russia and China, now allies against the U.S. All they have to do is spend 1/10th what we spend on Defense and watch the U.S. go bankrupt and not mess around with each other.

Reading the excerpts of the documents shows how distorted these Americans are . Full of misinformation and rubbish like Russia and China seeks to destabilize economies.

They are the main culprit and only seek war. And more wars to feed her defence industries

The strategy says that China and Russia “are determined to make economies less free and less fair, to grow their militaries, and to control information and data to repress their societies and expand their influence.”

ROTFL, this comes at a time when the U.S.A. is ostentatiously outraged that Russia had to resort to bribes in order to uphold the openness of the U.S. economy…

And of course, it comes at a time of increased meddling by the U.S.A. into the Russian internal affairs.