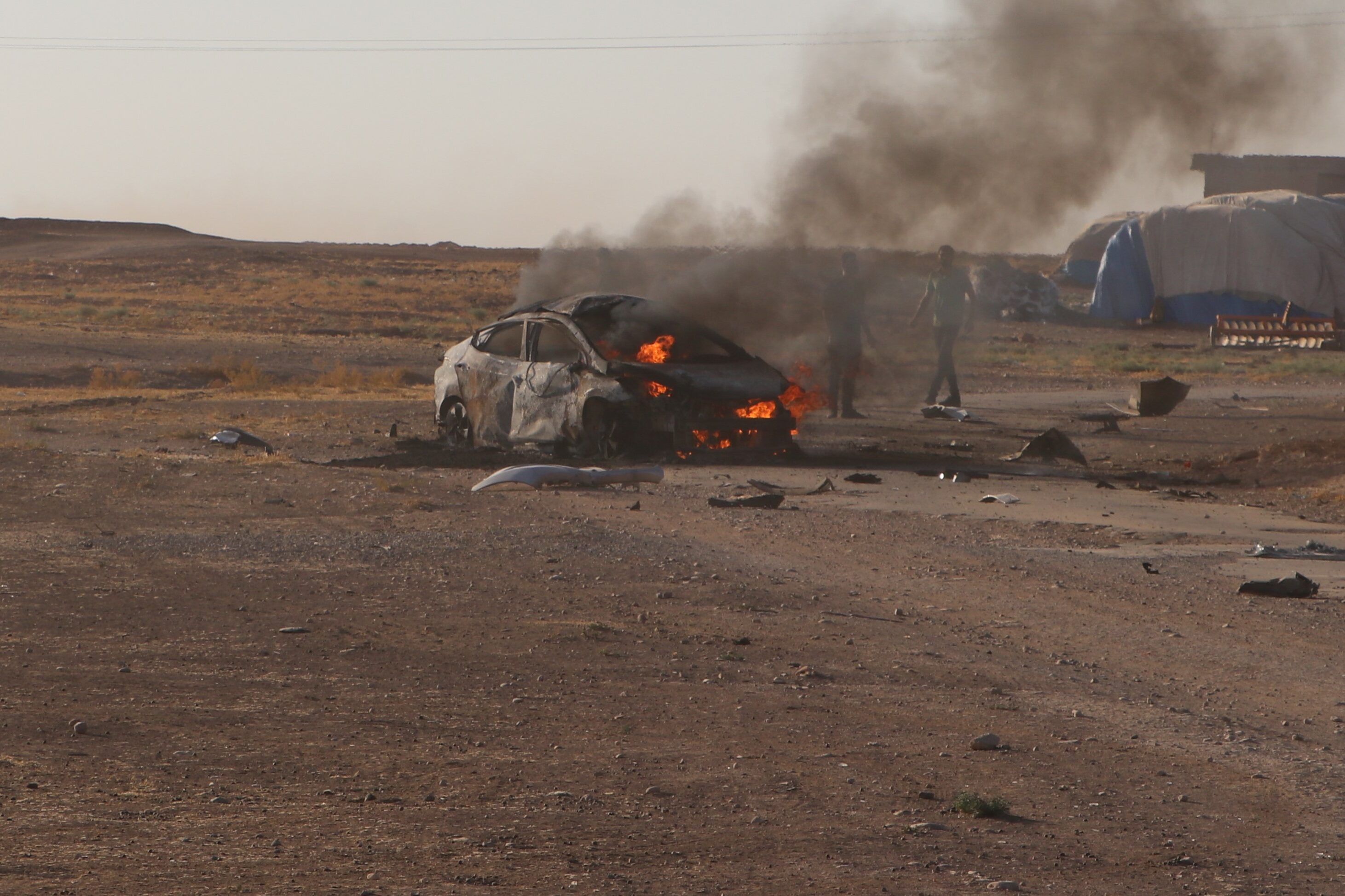 On August 10, a Turkish combat drone targeted a vehicle near the village of Mala Sbat to the west of the town of al-Qamishli in the northern countryside of Syria’s al-Hasakah.

The drone strike completely destroyed the vehicle, killing three people who were aboard. The victims may have been members of the Kurdish-led Syrian Democratic Forces (SDF) or its civil administration.

It’s worth noting that the Syrian Arab Army maintains a post near Malat Sbat, where a key grain storage facility for the government is also located.

According to the London-based Syrian Observatory for Human Rights, this was the ninth Turkish drone strike to target areas held by the SDF in northern and northeastern Syria since the start of August.

Two of the most recent Turkish drone strikes targeted al-Qamishli. A strike on August 6 killed a commander of the SDF’s military discipline unit, Mazloum Saad Eddin Asaad, a leader of the he Kurdish-Iranian Kurdistan Free Life Party, Youssef Mahmoud Rabbani, and three civilians. Later on August 9, another strike claimed the lives of four fighters of the SDF.

Turkey have been threatening the SDF with a new military operation since May. However, the recent drone strikes indicate that Ankara may have settled for limited military measures against the group, at least for the time being.

Huge operasyon soon. It can happen anytime. The assasinations with the drones will go on to weaken the defences of the PKK in Syria. Entire northern Syria will be under the control of the Ottomans.

Generals within the army that are pro-America are all in jail since 15 july 2016. :)

PIGgoman/SHITtila, an INHUMAN BEAST like all the other STUFFS occupying Anatolia and Middle East. A PEST to weep away!

Gee, those drones sure look a lot more useful then oligarch yachts. Wonder if we could get some of those someday?