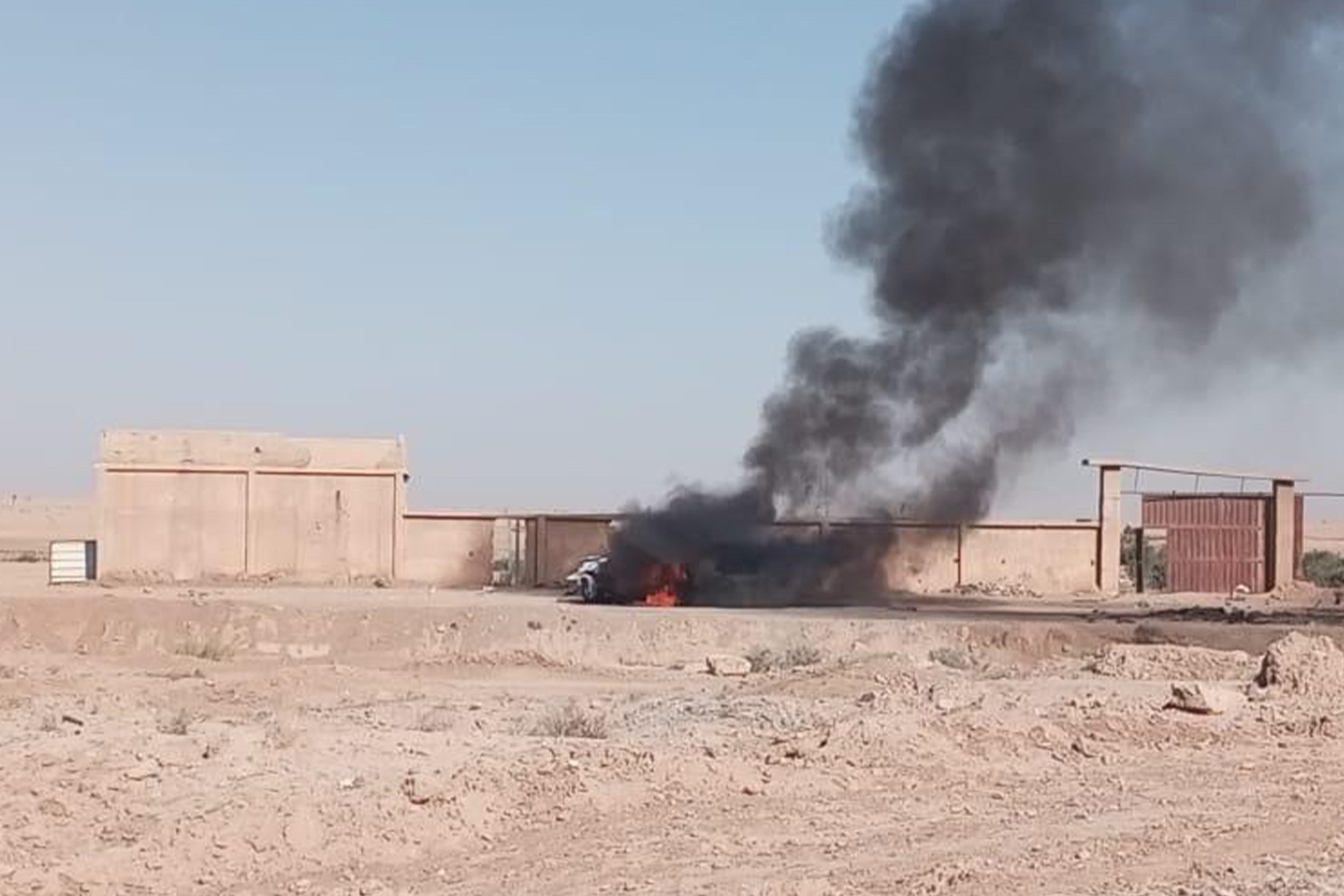 On July 28, four personnel of the Asayish, the internal security service of the Kurdish-led Syrian Democratic Forces (SDF), were killed when a Turkish combat drone targeted their vehicle in the northern countryside of Syria’s Raqqa.

The vehicle was targeted as it was passing near Tell al-Samn refugee camp to the south of the town of Ain Issa, the capital of the SDF’s Autonomous Administration of North and East Syria.

Three of the Asayish personnel who were killed in the drone strike were women. In a statement, the security service identified the casualties as Bashar Ali Buzan, Jihan Muhammad Mustafa, Sarah Muhammad al-Hussein and Salma Ali Mustafa.

“These attacks will not stop us from exerting the most valuable and precious in order to protect our people,” Asayish’s statement reads.

The deadly drone strike may have been a response to recent rocket attacks by the SDF-affiliated Afrin Liberation Forces that targeted two Turkish military positions in the northern countryside of Aleppo. One of the attacks claimed the lives of three Turkish service members and wounded several others.

Turkish combat drones have been hunting down the SDF’s fighters and commanders in northern and northeastern Syria for a few weeks now. On July 20, two SDF fighters were killed when a drone strike targeted their vehicle in the outskirts of the town of Kobane in the northwestern countryside of Aleppo. Later on July 23, two commanders and a fighter of the SDF’s all-female force, the Women’s Protection Units, were killed in a Turkish drone strike that targeted their vehicle on a road near the town of al-Qamishli in the northern countryside of al-Hasakah.

The drone campaign against the SDF may be just the beginning of Turkey’s long-awaited military operation in Syria. The Turkish military and its proxies have been preparing for the operation since May.

Syria is Ottoman territory. The British and French took it from us at WW1. We will take it back.

Your (possessive of ‘IT’) territory, is the PIGSTY, INHUMAN GENOCIDAL BEASTS! Anatolia was and is Greek, then! By PATS, go back to Inner Asia! If a virus arrives in a place, only a brainless virus / BEAST can state that it is ITS territory. Thanks for demonstration, INHUMAN.

where the Turkish puts his foot it belongs to him

BTW “mister” is referred to HUMAN BEINGS, SHITtila. You (second of ‘IT’) do not suit…..