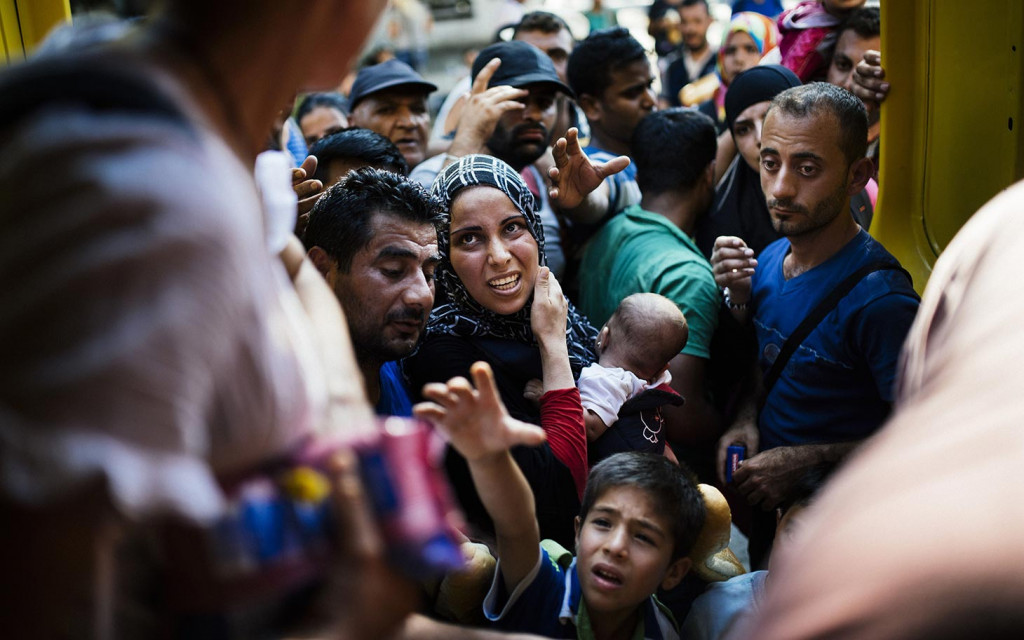 More and more refugees from the Middle East are getting in the Balkans as a result of the military activities in Syria, Iraq and Afghanistan. This is a perfect opportunity for terrorists from the Islamic State to settle in Europe. The official number of refugees is rising every year. In 2013 they were about 5000, in 2014 16 500, and this year Bulgaria and Greece are afraid to say an approximate number. The only thing we know is that according to Serbian reports, in the first five months of 2015, 22 200 refugees have crossed the Serbian border alone. Some of them have come from Bulgaria, but mostly from Macedonia, and 95% of them come from Syria or Afghanistan. How many of them are jihadists – nobody knows.

The main route goes through Turkey, then with a ferry or boat to Greece, and then to Macedonia and Serbia through the border town of Preševo where the majority of the population is Albanian. Between 300-500 people seek shelter every day in Preševo which means that in July alone, about 15 000 people have come in Serbia.

The Minister of Internal Affairs of Serbia has said that more than 30 000 immigrants are present on Serbian soil, and 1,5 million are waiting on the Turkish-Syrian border. He also has added that in the first 6 months of this year, more than 60 000 refugees have crossed Serbia.

That leads us to the thought that at least 30 000 have left Serbia and sought better faith in other European countries. According to reports, refugees prefer to go to Hungary, rather than Romania or Croatia. Due to that reason the Hungarian Prime Minister Viktor Orban has risen concerns about the amount of refugees and made the decision to build a fence on its border with Serbia. The same voices can be heard in Croatia, as well. Brussels wasn’t happy about it and criticized Orban, but that doesn’t solve the problem.

Thousands of refugees are going through the Turkish-Bulgarian border which technically does not exist. Bulgaria doesn’t even have the capacity to guard its border and regularly sends policemen from all-around the country to guard it. The army is non-existent and the Ministry of Internal Affairs is anything but well-organized. That creates the perfect conditions for the rise of the Islamic State on the Balkans.

Some sources say that there is a ‘black and bloody scenario’ for Macedonia and Serbia with the participation of radical Islamists. The Italian police reports that training camps for Islamists are being organized in Albania. Vojislav Šešelj warned that the USA is planning operation ‘Eagle’ which includes terrorist acts in towns all-across Serbia. These acts will be used just as a camouflage, and the real goal will be the southern part of Serbia where Albanians will start the actual operation, and will be supported by their ‘brothers’ from Kosovo. Tirana has already said that they cannot keep the control over the Albanians around the Balkans, and that they can unite all the territories with and Albanian majority on the Balkans.

The Islamic groups operating on the Balkans will only help Tirana for achieving its ultimate goals. These kinds of groups are present in Serbia, Montenegro, and Bosna and Herzegovina. On top of all are the groups in Albania which have affiliated with Al Qaeda.

In the end, the goal is to have a ‘green belt’ in the heart of Europe, an operation which is in its final stages.