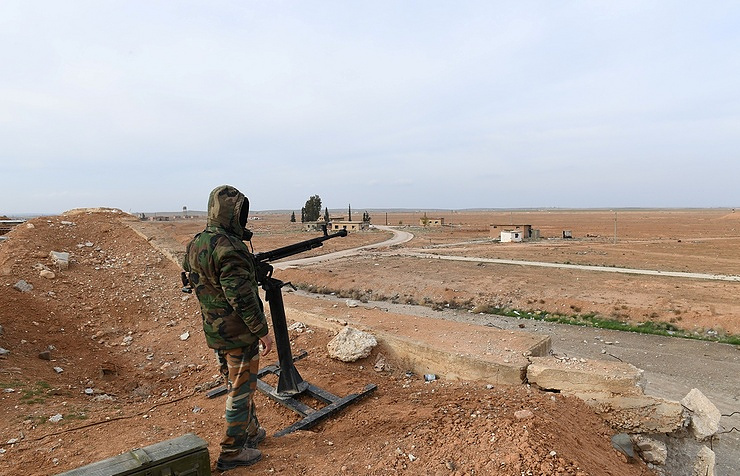 “Our Commander-in-Chief Vladimir Putin and Turkish President Mr. Erdogan held talks yesterday as part of efforts to resolve the situation in the Syrian Idlib de-escalation zone. The talks also involved defense ministers, foreign ministers and general staff chiefs,” he said. “Following long negotiations, the parties agreed on a decision, which makes it possible for us to say that the construction of a new security system in the Idlib de-escalation zone begins today,” the defense minister stated.

Shoigu recalled that a memorandum on stabilizing the situation in Idlib, signed by Russia and Turkey, “implies that by October 10, heavy weapons must be withdrawn from the demilitarized zone, which will be 15 to 20 kilometers wide.”

“In addition, all the radical groups will have to leave the zone by October 15. That includes the ISIL, Jabhat al-Nusra [now knonwn as Hayat Thrir al-Sham] and those on the United Nations’ list of terrorist organizations,” he said.

Additionally, the defense minsiter added that much had been done to restore the work of highways connecting Aleppo with Hama and Latakia.

“Civilians both in Aleppo and the Idlib de-escalation zone should have access to this highway before the end of the year,” he said.

On September 17, Russian President Vladimir Putin and Turkish President Recep Tayyip Erdogan announced that they had agreed on establishing a 15-20km demilitarized area in the Idlib de-escalation zone. Under the agreement, all heavy weapons, including battle tanks and artillery, as well as members of radical militant groups have to be withdrawn from the area.

Sounds like a penal colony to me. The regime change terrorists can’t go to Syria without reconciliation, the Turks won’t let them in, and what the Kurds will do remains to be seen. A lot of them probably won’t even be allowed to go to Afrin.

And it seems to be a slowly contracting one..

Then we can impose usury loans on all Idlib citizens and sanctions, economic strangulation, hybrid war on Idlib………………………LOL.

Put simply, Putin sold Syria. The 15-20km demilitarized is mainly SAA area and almost none on the terrorist side. Putin and Russia are poor allies and protector

a thorn in the heart of after-war syria….all hardcore militants there can live free and organise bombings etc in the rest of Syria