The evidence continues to mount against Turkish President Erdogan and his family regarding their involvement in illicit collaboration with Daesh (Islamic State); surprisingly, neither Washington, nor Brussels has raised its voice against Recep Erdogan who remains at the helm of Turkey, Martin Berger notes. 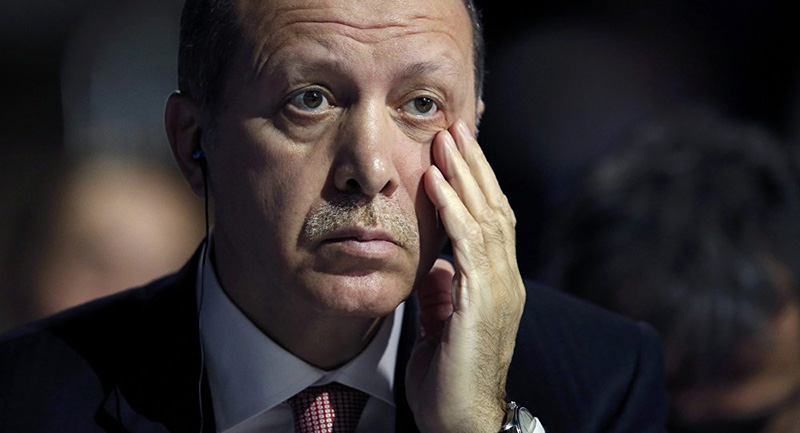 The family of Recep Tayyip Erdogan has transformed into a “carnivorous octopus” which has entangled the Turkish economy and politics, extending its tentacles for beyond the state, Czech-based freelance journalist and analyst Martin Berger emphasizes.

In his recent peace for New Eastern Outlook, Berger summarizes the examples of Erdogan’s involvement in illicit collaboration with Daesh.

He points out that Sumeyye Erdogan, the daughter of the Turkish leader, has been running a covert military hospital for Daesh terrorists.

“With the consent of Erdogan, Turkish intelligence experts have been training Islamists at secret bases in the Konya Province inside the Turkish border,” Berger continues.

And of course, there is enough evidence to prove that Bilal Erdogan, a son of the Turkish President, is up to his eyeballs in illegal oil smuggling from Daesh-held territories in Syria and Iraq.

Can Dundar, the editor and correspondent of the Turkish center-left Cumhuriyet newspaper was detained along with his counterpart Erdem Gul for shedding light on Turkey’s arms smuggling to terrorists in Syria.

“However, Western officials and international organizations couldn’t care less about all these facts. Moreover, Tayyip Erdogan has has received much positive attention from EU officials, despite the role he’s been playing in the rapidly expanding migration crisis,” the Czech-based journalist stresses.

Interestingly enough, it turned out that the Erdogans are also involved in illegal actions in Europe.

“According to Italian media, this family [Uzan] accused Bilal Erdogan of violating European and, in particular, Italian financial laws, since he has allegedly brought with him a considerable amount of cash in an attempt to launder it in Italy,” the journalist narrates, adding that Italian authorities have been at pains to downplay the scandal.

Predictably, the Turkish representatives in Italy are making every effort to settle the conflict and prevent the information leak to the media.

The question remains open, whether the Italian prosecutor will open a case against Bilal Erdogan. Given Bilal Erdogan’s illicit oil trade, it is possible that the Turkish President’s son is also involved in money laundering in the EU.

“Will Recep Erdogan, under the auspices of Washington (since his son was enrolled to study at the American Institute) again is able to avoid any legal prosecution, including an investigation into the links of his family with international terrorism?” Berger asks.

Erdogan has not only arrested journalists but also two high ranking military and one member of the turk parliment so far. The military officers stopped weapon shipments dressed up as humanitarian aid from going into Syria and the member of parliment blew the whistle on erdy and company covering for people bringing the precursor chemicals to make sarin through turkey into Syria. All were charged with treason if I remember correctly. Many have been caged for “insulting the president” also like the guy who posted erdogan and gollum pics side by side. Funny comparision really because they do seem to share traits. Now every time I watch a vid of Russia hitting oil a scene of erdy screamin about his “precious” comes to mind

The lands of Shem are Asia-major and Asia-minor. Arabs are Shemitic. It seems the anti-racist thing to do is divide up the earths land surface equally. 1/3rd for blacks. 1/3 for browns, and 1/3 for whites. This would equal true equality.

THE erdo-scums are not immortal as they thought they were , and soon the military will throw the scums away like pieces of dirty rags..the sooner the better for world peace sakes..

Did he turn up with a big suitcase of cash? Would not surprise me as.