The newest Russian long-range radar detection aircraft has surpassed the American AWACS by its possibilities. 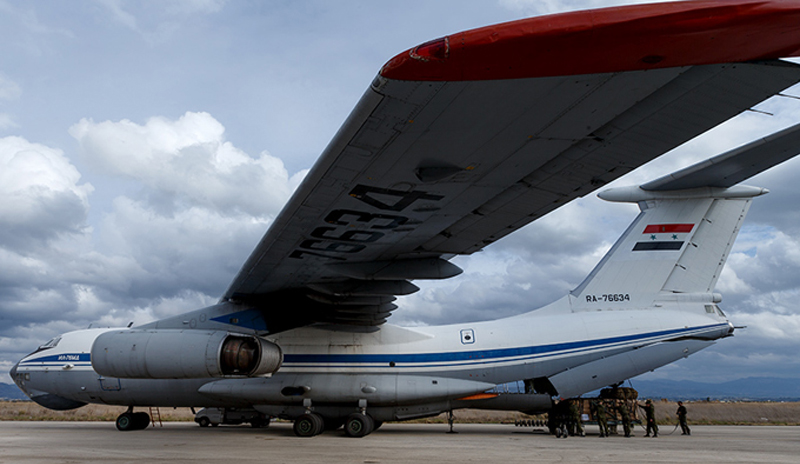 A unique Russia’s new ‘flying radar’, the A-100 Premier, capable to detect enemy warplanes and target them with fighters and anti-aircraft missiles, as well as to identify headquarters, communications centers and enemy radar stations and block them, will pass its first flight tests in next March, the Izvestiya newspaper reported citing a source in the Russian Defense Ministry.

According to the source, radar facilities of the new plane have already been verified on the ground and are ready for its in-flight tests, which will be carried out by the Il-76MD, codenamed A-100LL during the flight tests.

“At the moment, all deadlines have been set up and agreed with the military industry,” the source said. “Purposes of work include testing and configuration of the Premier’s radio-electronic equipment on the A-100LL, and then transferring it to the IL-476 board. If everything goes according to a plan, the ‘original’ A-100 will make its first flight in 2018.”

The A-100 is a multifunctional aircraft system of intelligence, warning and control. In fact, it is a headquarters in the air, whose crew manages the Air Force and ground-based air defense systems, using automated control systems. If necessary, the A-100 Premier is capable to protect itself and a number of planes, flying near it, with electronic jamming.

The exact specifications of the new plane are unknown, but, supposedly, it can detect enemy aircraft at a distance of over 600 km and overwater targets such as ‘ship’ – at a distance of 400 km.

The unique electronic equipment that will be tested by the A-100LL is presented with multiposition radar with two phased antenna lattices, as well as complexes of electronic intelligence and electronic warfare.

According to experts, even the US E-3 AWACS (airborne warning and control system) aircraft, considered the most modern in the world, are not equipped with complexes of electronic intelligence and electronic warfare.

The A-100 Premier and aircraft of this type are critical to ensure air superiority and improve situational awareness for military commanders in a dynamic combat environment. Only a few countries, including Russia, the US, China and the UK, have long-range aircraft systems of intelligence, warning and control.

Undoubtedly, we will have a chance to see the A-100 Premier in Syria, where Russia actively uses its spy planes in connection with ongoing armed conflicts, which are not expected to be completed soon.

Interesting that you guys seem to showcase more Russian hardware than US hardware?

Could be for the same reason you don’t see US sites showcasing Russian hardware. weapons sales are a business….it’s not common business practice to spend money on bandwidth to showcase your competitors wares. Generally speaking you show off what you sell.

The Russians do have some cool stuff to show off.

I liked the demo for the Pantsir S2 (mobile air defense). It was nailing either missiles or possibly even artillery shells) out or the air. It was hitting stuff that didn’t have a big plume trail.

The Kalibr missile system is pretty impressive too, much more so than our Tomahawk or Harpoon.

So far, watching the idiot Saudi’s getting creamed by home made missiles from the Houthi’s isn’t really a ringing endorsement of our stuff. I can’t bring myself to wish the Saudi’s anything other than failure.

Yeah that’s why I framed it as a question though. Southfront has trouble affording itself, so I don’t see them being part of the arms market ? Am I wrong?

+ heaps of them have American/British accents, just seems odd.

It needs to be 600km close to F22’s, hmm…giant flying death trap that is broadcasting it’s position.