Early on August 5, heavy clashes broke out between the Syrian Arab Army (SAA) and militants in the northwestern region of Greater Idlib.

Opposition sources claimed that a unit of the SAA had failed to advance near the town of Fatterah in the southern Idlib countryside. However, pro-government sources didn’t report any attacks by the army.

According to the London-based Syrian Observatory for Human Rights, three Syrian soldiers were killed and three others were injured in the clashes. Two militants were also killed. 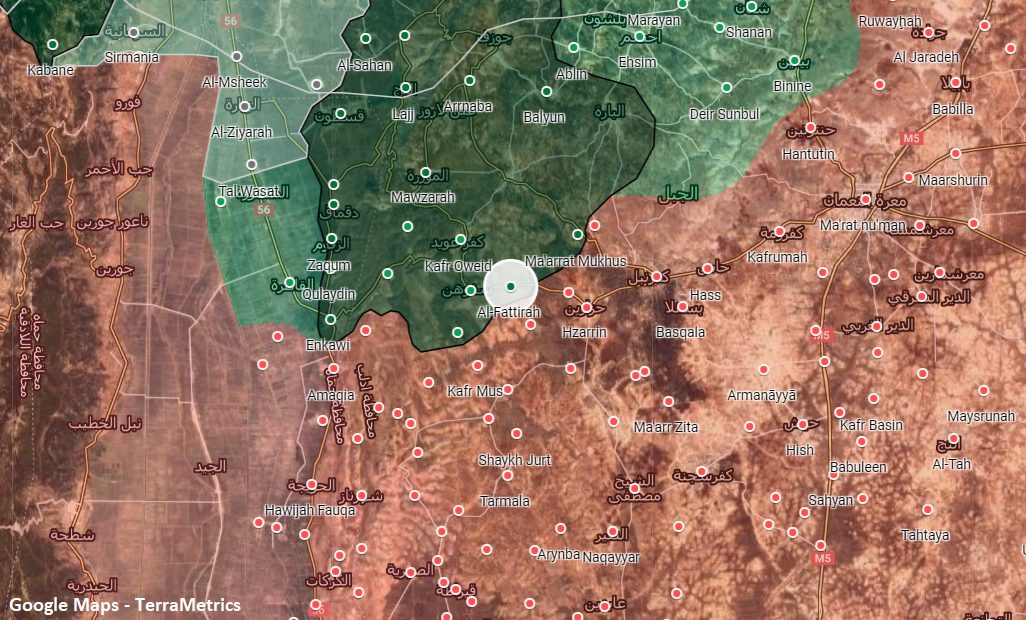 Over the past few days, a number of clashes took place in different parts of Greater Idlib. Russian warplanes also carried out a series of airstrikes on militants’ positions in the region. The situation in Greater Idlib is slowly spinning out of control.

The SAA deployed fresh reinforcements in Greater Idlib last week. According to recent reports, the army and its allies are preparing to launch a new operation there.

Greater Idlib’s factions, including Hay’at Tahrir al-Sham and the National Front for Liberation, are preparing to repel the SAA attack on the southern part of the region. Thousands of Turkish troops are deployed there.

The recent developments indicate that the army is indeed planning to resume ground operations in Greater Idlib. This will lead to a major escalation and a possible confrontation with Turkish forces in the region.

The SOHR is a mouth piece for the anti-government forces in Syria be they Islamists Turkish or Israeli He was a delegate for the official political wing of the FSA and travelled to 10 Downing street as a delegate for negotiations for military support.

He always overstates Government losses while downplaying Islamist losses and actions of terror. His site is run from a laptop in his living room in Coventry and a mobile phone on speed dial with Islamists, this man is not impartial in anyway shape or form

Correct!! he is a British intelligence asset who has not been to Syria in over twenty years,in other words the man is scum,Lord Haw Haw comes to mind,we know what happened to him

According to recent reports, the army and its allies are preparing to launch a new operation there.

Don’t tell the World what you are about to do,just unleash on those rats one day at 3am.

This putin agreement to allow endless so called erdogan observation Post.. That allow him to be deploying tens of thousands of turkish troops.. is beyond human understand. The mockery of it all is the statement put out by the parties that territorial intergrity of syrian nation is beeing respected by this agreement!. Erdogan is at the same time putting out statement that make it clear he is taking over syrian territory.. He might consider withdrawal when a government he likes is in charge of syria..! Putin please end this war!