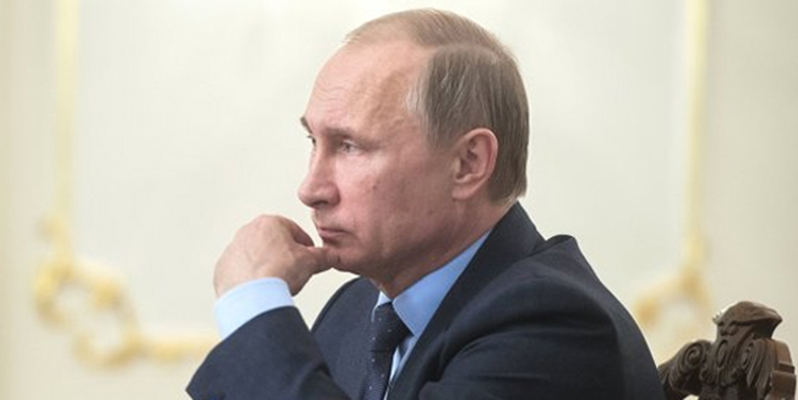 Original by Andrey Nizamutdinov published by Izvestia; translated from Russian by J.Hawk

A British judge by the name Sir Robert Owen presented on Thursday in London his report on a public investigation of the former FSB officer Aleksandr Litvinenko who fled Russia for the UK in 2000 and died in November 2006 after being poisoned with highly radioactive Polonium-210. Owen named two Russians, a businessman and currently a State Duma deputy Andrey Lugovoy and an entrepreneur, Dmitriy Kovtun. The judge also expressed opinion that the operation to kill Litvinenko was authorized by the Russian government and by Russian president Vladimir Putin personally.

When drawing these conclusions, Owen probably acted on directives he received from the British Interior Minister Teresa May who, in turn, probably received instructions from the Prime Minister David Cameron. And he, probably acted in full accordance with recommendations he might have been given by Barack Obama. It’s not clear what motives moved the US president (God’s will? an epiphany? something else?), but one could readily assume that one of the reasons were the unfriendly relations between Obama and Putin. Probably.

“What kind of unsubstantiated nonsense is this?!” would be the reaction of anyone capable of critical through. And it would be a wholly correct reaction: it’s nonsense, and it’s unsubstantiated. But here’s what’s odd: Owen’s conclusions which are likewise utterly unsubstantiated, are taken at face value, and considered to be unalloyed truth, and the report is offered up as a legitimate legal document.

Owen’s report ought to provoke doubts among critical thinkers. Let’s look at Owen’s formulations: “I am sure that Lugovoy and Kovtun acted in concert whey they poisoned Litvinenko. It’s probable Lugovoy did it at FSB’s behest…Kovtun also took part in the poisoning.” Not “witnesses have testified”, not “the court has evidence,” but simply “I am sure,” and “probably,”

Here’s another passage: “Taking into account all witness testimony and performed analyses, I have come to a conclusion that the FSB operation to kill Litvinenko was probably approved by [then head of the FSB Nikolai] Patrushev and [President of the Russian Federation Vladimir] Putin.” There’s something of a reference to witnesses and analyses, but once again, “probably.” It probably was approved. Or probably wasn’t. So this is supposed to be a legal document?

Owen’s report is full of such “possibly”, “probably”, “I believe”, “seems to me.” For example, when discussing possible reasons for Litvinenko’s murder, the British judge used the phrase “I assume.”  According to his assumptions, there may have been five reasons, starting with the fleeing lieutenant colonel “was considered a traitor by the FSB” and ending with the scenario of “undoubted personal antagonism between Litvinenko and Putin.” So how is this conjured out of thin air assumption better than the guess that Owen was directed to write the report he did?
One gets the impression that the report that was published in London was a new manifestation of the ongoing political and informational trend which appeared in recent years concerning Russia’s leadership and Putin personally. It’s as simple as pie: everything bad that’s happening around is us probably Putin’s fault. There is no need for the creators of this new Theory of Probability to bother with finding evidence: why prove that which is should be axiomatic–for a progressively thinking human being, that is?

Another time, reading statements by various officials and Western media publications about Russia and its leadership, one is forced to start wondering: aren’t they all following some “methodology”, which requires them to criticize Russia? It’s a painfully familiar scheme which can be used in so many ways. First you level a baseless accusation, and when the target objects you point out it’s just a supposition, you did see the “probably”, right? Even though in their own internal affairs, these very same Western politicians and media and especially judges are extremely careful in their choice of words when leveling suspicions and accusations.

But when it comes to Russia, it’s all written off the same template. Let’s take, for example, the most recent doping scandal concerning Russian athletes. The WADA commission report shows that the former IAAF head Lamin Diak discussed the case of nine Russian athletes suspected of doping with the IAAF legal expert Hugh Roberts.

Diak told Roberts that he is “in a difficult position, because the problem could be addressed only by President Putin, with whom he is friends.” Then the head of the commission, Richard Puand, said concerning Putin’s involvement: “We have no concrete information. We don’t know if it’s true or not.” In other words, the accusation was made even though only as a supposition, the damage to reputation is done, and after that it’s up to you: you can try to prove your innocence, if you want, or suffer in silence.

The “new theory of probability” is also useful in that it can be applied to any issue.

Russia won the right to conduct the soccer world championship? Well, it probably bribed FIFA leaders. And probably with Putin’s direct involvement–he is Josef Blatter’s friend, after all. Refugees from Middle East are raising havoc in Europe? They are probably being egged on by Putin’s Russia. Incidentally, the fault for the refugee probably rests with Russia and Putin, who support Syria’s president Assad and ordered the bombing of Syrian opposition. Soccer fanatics are having a racist riot in Kiev? That was probably a provocation by FSB officers who were sent to Ukraine on orders probably issued by Putin himself.

You read enough such stories–and they all actually exist in the media–and you start believing that Putin is nothing short of a demigod in human form. No matter where you look, he’s been there. He hasn’t made it to the Sun yet, but we can be sure he’ll probably get there too.  And it is he who will probably organize the next solar eclipse.

Even this angry piece of hack writing was probably written on his orders. He dictated the whole thing. Probably.

For all the Children who are Ruined by shame

Mirror child The image of a precious dove Dancing barefoot on the beach Drinking in love and sunshine full of smiles never having to die.

Dreaming awhile on a school title Learning to carry books for miles. Crayons, pencils, stencils Nothing you need to do but Sing and carry the wind on Your wings.

Like daddy or mommy Carrying so many burdens for A little person All the time Not able To catch the spies and Spiders. Go back to the skies, Little dove

And play with the eagles who tamed this land Until you are a spirit so good and pure That you will truly guide the directions of our Bloodied hands.

You shall reap no Glory But only Mortal death and baptized Shame So as to Die without Jesus Or any Holy Name. Stained by lust, Broken tears and stardom, Born of evil and deviltries Ill conceived

Raise Your Heart to God Jesus and The Holy Spirit, And He will Remove Your Pain, Stop your foolish self destructive reign, And bring you Spiritual Relief You could never possibly or individually Humanly gain.

To Have Peace, Love And Eternal Happiness and Justice For All People, Believe in Jesus, The Son of Mary and God, And You Will Be Immortally Saved For ever more, And Be Loved By Our Holy Father God For all Eternity.

I Am a Divine Messenger, ( Described in The Urantia Book as The Solitary Messenger), Working Directly with Guardian Arch Angel Michael J Christ and His Angels, and I come To Share Good News, and the Facts about our Only True Holy God from The Heavens with Everyone: Our only True HOLY GRAIL Is The Urantia Book, REVELATION 2:17. Without any form of falseness or deception involved, and with the Greatest Wish to stop humanity from bringing ourselves to the brink of Nuclear Extinction, The Urantia Book is Our Only Truthful Answer to our Man made Troubled Times. Peace and Blessings of Goodness to Everyone.