Another pro-Iranian Shiite armed group called “Saraya al-Muntaqim” [the Avenger Regiments] has been formed in Iraq.

The group announced its formation in an official statement released on September 12. In its first statement, the group vowed to fight U.S. forces in Iraq.

“We will shake the ground under the feet of the occupiers [U.S. forces], and our weapons will reach their stinking dens and meager convoys,” the statement reads. 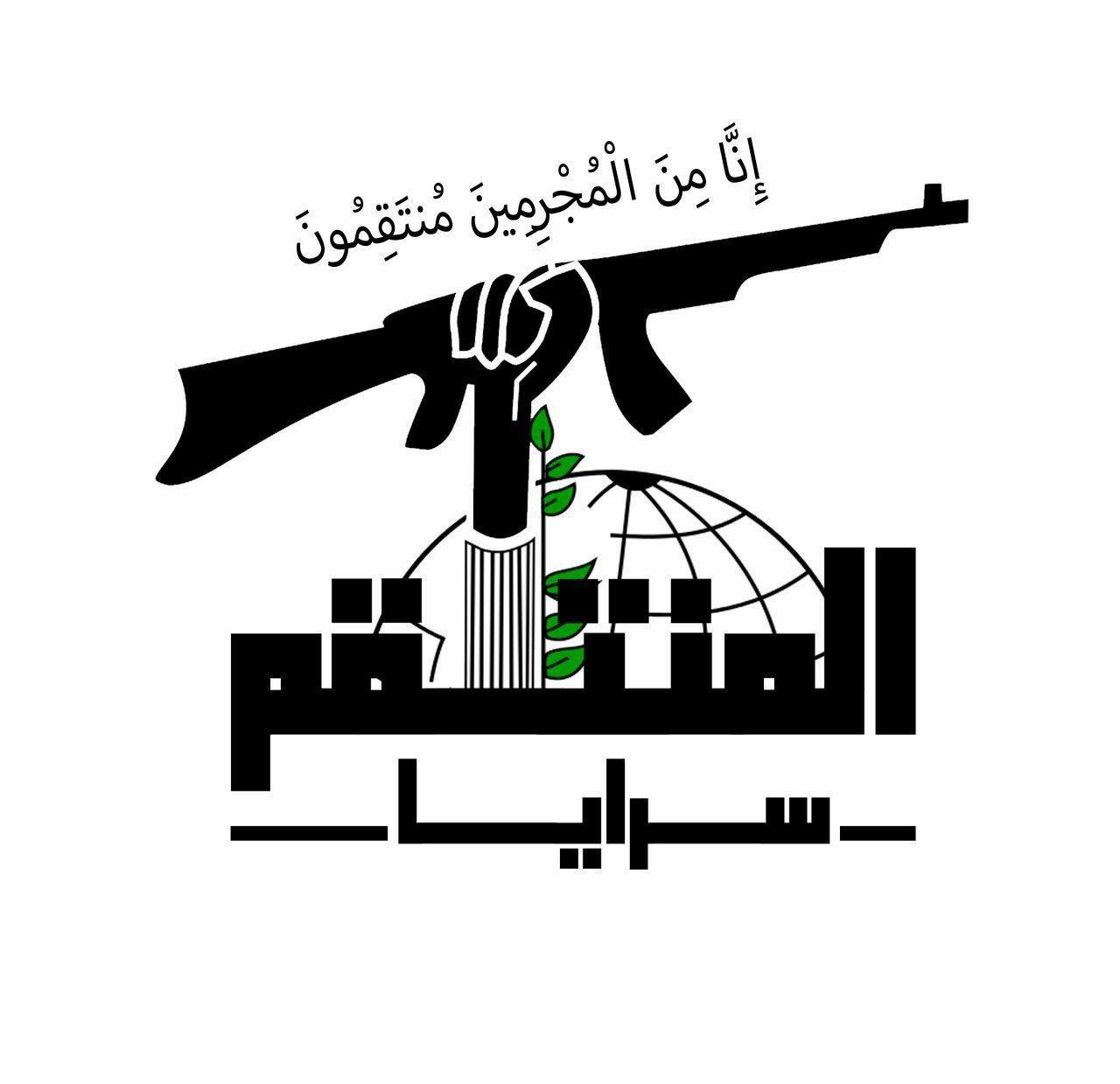 The assassination of Soleimani and al-Muhandis provoked a new wave of attacks against U.S. forces in Iraq. Dozens of attacks have been carried out since January.

The recent attacks were carried out by newly-formed pro-Iranian Shiite armed group, such as Usbat al-Tha’ireen, the al-Muhandis’ Revenge Brigade, the Zulfiqar Force and the Islamic Resistance in Iraq – ‘Ashab al-Kahf.

It remains unclear if these new groups are receiving support from the Iranian Islamic Revolutionary Guard Corps or its Iraqi allies, like Kata’ib Hezbollah.

Sunni Iraqis will not let Iran take over their country, Kurds should also stand up against the hostile take over of Iran. The U.S wlll leave eventually, but Iran decides to stay and control Iraq, the Iraqis will not let it happen. To the Arabic speakers – almawt ila alfarisi almuhajimin, al sukkan irak sayakun majani.

you jew must be kidding XD

Judging by your name you are not Middle Eastern, and you don’t know the mentality.

And any Zionist would?

Fascists have always been so proud of their depredations.

Talking like you know us huh? back to your corner please.

It is easy to know you. All we have to do is take the history of the Third Reich and change the German names to Semetic ones.

Good for you, now fuck off before I block you.

Block away. That will eliminate the need to argue with your specious butt.

I’d rather not waste my time on a filth like you, begone you scum. Blocked.

Apparently you don’t either.

The only ones who took Iraq over were the US criminals you idiot,remember they invaded with their puppets killing thousands,but like a Nazi you think its ok to go about invading and destroying.

I wrote I’d prefer the U.S to leave Iraq, then the real fun can begin against Iran.

Do you really think the collapse of the petrodollar is going to be “real fun?”

Yawn, if you havent noticed Russia, China, and others are helping to prevent this collapse as much as possible. Do you beleive Putin’s bank savings are denominated in Rubles ?

I haven’t noticed it because I don’t read your sources of propaganda as exclusively as you do. They are ready when it goes down, so why would it matter? Putin isn’t stupid enough to keep his savings in anything but gold and silver, being a faithful Russian Orthodox Christian. Are you unfamiliar with the bible’s position on waht money is?

Like i said, the mythical ” upcoming ” collapse of the dollar. YAWN, wake me when it happens.

Maybe you are confused by your reliance on the word collapse, when slide is a better one to use. The dollar has slid from being worth a dollar in 1913 value to being worth a few pennies. A collapse would attract attention that a slide won’t.

Shawn
Reply to  Fog of War

The US dollar was worth its weight in gold at one point but now its not even worth the money its printed on. It’s happening as we speak.

America was built off the backs of black slavery, native extermination, land theft from Mexico and countless other crimes. However the oppressed peoples have had enough. Now they’re targeting police on the streets. The US gun laws are the recipe for the perfect storm.

Nobody believed that “barbarians” would conquer Rome until it actually happened. Just wait and see. This century belongs to the east, not the west.

removing US doesn’t mean only some 4000 US soldiers, it means also US embassy and some other dirty US institution there :)

cry me a riverrrr hasbara

History always repeats itself over and over again. There is nothing new under the sun. The middle east constantly goes through a process of disintegration and then the rise of a new unifying regional power and then consolidation.The same can be said about Europe and China but they’re just at various stages of this process as we speak.

North Korea doesn’t need to give Iran anything. Iran can build a nuke by itself and an ICBM. I’m guessing they already have a few ICBM’s safe underground. They already have the technology and know how. Their satellite rockets can easily be modified to reach Washington. It’s all about politics and what they want to show to the world.

All these groups seem to be good at is making new logos fro themselves. Pathetic.

How do you know that they are making the logos?

You must have a very interesting concept of logic. Must be something like thinking about hexadecimal in octal.

by definition a logical assumption is stupidity—obviously u have no education in symbolic logic, doxastic logic and have never read Godel’s incompleteness proofs

Sunnis are the majority in the ME, never forget that. Your Persian adventure in Iraq will end badly for you, Iraqis are not your toy. I feel sorry for them, ruled by the Persian puppets they put in the parliament. I want to see the U.S leaves Iraq, because then the anger will come for you.

If the US doesn’t leave, they will be removed.

Persians need to stay in Central Asia where they belong, leave the ME. You have turned Shia Arabs into your slaves, you sue them for your own ambitions. Israel and the Sunni Arabs see exactly where you’re doing, and you will fail.

I am not crying Ali, just saying a fact. Keep doing your plans, it has only brought Israel and the Sunni countries closer. You will be removed from every country you have invaded in the ME, once the Shia Arabs go against you. You might want to check what the Shia Lebanese think of you and Nasrallah.

This is a big lie…If you think you’re close to sunnis then wait till the day you pee your panties. If you’ve had some trump deal with puppeteers don’t get excited, it’s just a deal with monarch rulers…

You’re really uneducated and it shows. Persians stay in central Asia ? WTF r u even saying ? Persians are where they belong, in Iran, which is a part of the middle east.

They are in Iraq and Syria by invitation of the international UN recognized governments and they have ancient roots in those regions going back thousands of years.

Do you know what the UN is ? You know the United Nations. It’s that’s intergovernmental organization / agency where the only country that votes with apartheid israel is the US and some banana republics like Dominican Republic or Micronesia or some BS.

That’s basically how isolated you are in this world. The US is declining and I doubt if apartheid israel lasts too much longer without the hundreds of billions of dollars worth of charity money from America.

Anyways, Iran doesn’t occupy and steal resources like the US and apartheid israel. Get your facts straight.

and don’t worry, after it’s all over Netanyahu can revert to his real name, Lebanowski and go back to Poland or wherever he’s really from. Not some make believe fantasy country that the world detests.

There is no Persian adventure in Iraq. Iran and Iraq are neighbors and both majority Shia. If you read history you would know that Persia and Mesopotamia have roots going back thousands of years.

It was, but then the American fascists showed up.

Do you know this by being one of them?

As in “liars, damned liars, and statisticians?”

The critical mass of organic Iraqi support for these groups seems to be lacking. Until then, things will be more propaganda than any real action.

The critical mass of organic Iraqi support was destroyed by the application of American military Roundup. What is the “until then?”

We can´t read them like a western media piece. They have their way of doing things and it is all pointing to real serious trouble for foreign troops. They take their time when they pull your fingers nails out, one by one.

The globalists laugh at these pathetic rocket attacks. And a few burned trucks are just a drop in the logistical bucket. I’ll believe it when I see it.

Shiite. The Iranians are trying to provoke an uprising in revenge for the assassination of the general. But it’s going no further than propaganda. Don’t you think these attacks have been rather timid? And perhaps intentionally such as not to alienate the locals by disrupting the economy. They can’t get support to do more. So I’m reading this as the Iraqis don’t want more war.

Yeah very timid. That’s why Americans are withdrawing slowly while trying to save face. That’s why they hide in their bunkers all day, not being able to move an inch.

It’s funny because in the last 2 months there have been more than half a dozen rocket attacks on US bases and US forces and their convoys, supplies are constantly ambushed.

However according to the US, they never, ever suffer any casualties. They’ve learned this hasbara method from their zionist masters in tel aviv. You realize that in apartheid israel it is against the law to report on casualties or damage to military personnel or assets ?

They have not experienced real loss of beloved

Well i hope they make a better job of blowing up and killing the occupiers.

The US is withdrawing for a reason. They’re under siege in Iraq.

as the internally rotting empire scurries back to their obese cultural desert, Iran and Russia are now planning to connect electrical grids. Moisede Ostrogorski examined political parties in Europe and USA—like Tocqueville he found that only in USA were they devoid of principles—except money. He wrote: “of all peoples in an advanced stage of economic civilization amerikans are least accessible to long views, always and everywhere in a hurry to get rich, they give no thought to remote consequences–the see only present advantages…amerikans do not remember; they do not FEEL–amerikans live in a materialist dream”

Who says they are not funded by the Iraqi government, hmmmmmm?

Yeah, The United States invades and occupies Iraq. We install a puppet government in Baghdad, and they fund militias to kill Americans. Sound like a plan for victory.

number of pinpricks will force the yankee-twats to up their security when they move about in the country and that is seriously a burden on the available resources – don’t expect a quick solution but they, these new groups, are sapping the energy out of the yankee-twats’ efforts and a slight increase in body bags addressed stateside will work wonders.