According to pro-government sources, a new group from tribal fighters called the Euphrates Hawks carried out its first military operation in the vicinity of Sukhna. They attacked a hill controlled by ISIS and managed to kill an ISIS sniper. According to the source, pro-government tribal forces will play a bigger role in the coming days in the battles against ISIS. Experts believe that government forces seek to capture all hills overlooking the town of Sukhna prior to launching a direct storm of this important ISIS defense site. Syrian Air Force warplanes bombed ISIS units in Akkash, Wadi al-Azm and al-Za’ja in the eastern Salamia countryside north of the Homs-Palmyra road. According to the Hezbollah media wing in Syria, the airstrikes killed 18 ISIS fighters and injured dozens others. Al-Harbi, one of ISIS’ judges reportedly was among the killed terrorists. Syrian warplanes also destroyed two armored vehicles and a fuel tanker of ISIS.

From its side, Russian Air Force warplanes targeted an ISIS convoy that included fuel tankers and armed vehicles in the eastern Hama countryside as well and managed to destroy it completely.

On Sunday, Syrian journalist Khalid Al-Khatib, who works as correspondent for both Russia Today and Sputniknews, was killed as a result of the ISIS shelling in the eastern Hama countryside. Al-Khatib was covering the SAA preparations for the upcoming battle in eastern Hama. I thought it was Israeli secret intelligence service. 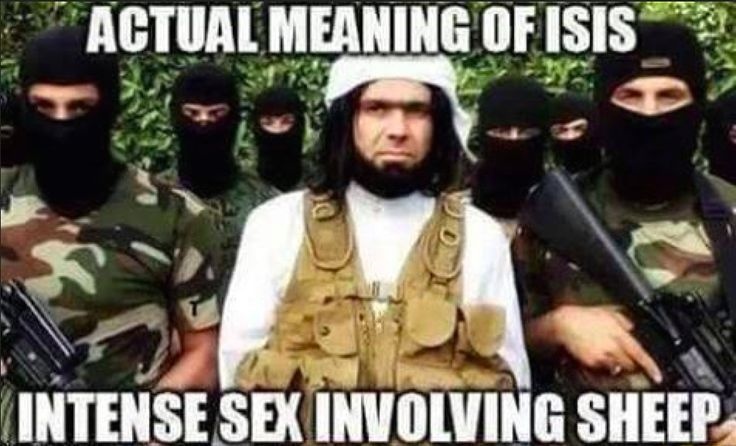 fake news, It’s supposed to be goats not sheeps

My condolences for the Syrian reporter Khalid Al-Khatib killed as a result of ISIS shelling.