New photos released by Syrian opposition activists revealed that the Israeli military shot down a Forpost unmanned aerial vehicle (UAV) of the Russian Aerospace Forces over the village of Burayqah in the southern Syrian province of al-Quneitra on July 13.

Remains of a Russian #Forpost drone (licensed copy @ILAerospaceIAI #Searcher II) that was shot down by #Israel the day before, in a field near #Barqah, a few dozen kilometres from the Israeli-occupied #Golan Heights on July 12, 2018. #Syria pic.twitter.com/nopA7leStg

When the incident took place, the Israeli military claimed that its Patriot air defense system had targeted an UAV of the Syrian Arab Army (SAA) over the over the demilitarized zone. Furthermore, the Israeli military vowed to “continue to operate against attempts to violate the 1974 Separation of Forces Agreement and threats to Israeli sovereignty or civilians.”

Many local observers noted that the Israeli military didn’t retaliate after the incident the way it did when a Syrian UAV was shot down over the occupied Golan Heights on July 11. The Israeli media didn’t also talk about incident in details.

The Fropost UAV is a licensed copy of the Israel Aerospace Industries (IAI) Searcher UAV. Dozens of Fropost UAVs, which were locally manufactured in Russia, are currently in service with the Russian Aerospace Forces.

This incident was likely a result of a failure in the de-escalation hotline between Russia and Israel, which was established only days after the beginning of the Russian intervention in Syria in 2015.

Former Israeli Defense Minister Moshe Yaalon told the Russian news outlet Sputnik on May 5 that the hotline had prevented a Russian jet that almost entered Israel’s airspace from potentially being shot down on previous occasions.

And now what, Russia should behave as Israhell, when their drones are blow down they attack the very country, so what should Russia do now, to bomb the fuck out the Israhelis, suckers zionists

Did the drone REALLY enter israeli airspace or was it flying over the SYRIAN Golan Heights illegally occupied by Israel and wrongly claimed by Israel as its own?

Burayqah is just inside the demilitarized zone, in Syrian territory.

Wait, if it was inside a demilitarized zone, what did Israel use to shoot it down?

Forces from Syria, Russia and Palestine are coming to show to child butcher Netanyahu that what is demilitarized zone.

You are retarded. It is Syrian territory taken over by Israel. What don’t you understand ??

Why do you disagree with facts and truth as it has been commonly known that Israel has illegally occupied the Golan heights and much of Palestine against previous agreements at the UN. Seems only idiots in the US and Israel don’t understand international law or blatantly ignore because they are both controlled by bigoted Politicians whom are ignoramuses and warmongerors.

you should read the Hague agreement of warfare before you post your wisdom.

Examine the Situation under a Microscope. this Story doesnt add up

The child butchers Netanyahu and Trump see themselves in trouble. They are committing crimes by holding Palestinians and Syrians hostages in Palestine and in Syria to use their lands and resourcrs for unlimited time.

Damn you, Syrian opposition activists!
Without your pictures we could say it’s an Iranian, IRGC UAV operated by Hezbollah helping the Syrian army and attack SAA to defend the moderate al-Qaida and ISIS.

The shut down UAV has wings and everybody knows that Iranian UAVs have wings too, so it’s “highly likely” that it was Iranian.

Defeated by their own cleverness. ;-)

Have seen this photo think it’s an old one which is commonly used always by these idiots.

Pity the Russians did not retaliate disproportionetly!

Nuking Tel Aviv would be justifiable.

“… a failure in the de-escalation hotline between Russia and Israel”.
More like the freaking nervous israel freak now has such nervous hands that it’s bound to be making… bigger and bigger mistakes.

Wasn’t bibi in Moscow at the time? israhell trying to make a point? They organised some shooting just before Shoigu landed in Hell Aviv awhile ago.

Yeah I know what you mean – and if this were the case, then bibi’s ‘message’ to Putin for non-full cooperation/submission to israel is a little pathetic – I mean downing a superpower’s uav is tantamount to throwing a hissy fit at their ankles: you just end up being set to your room by the adults.

Russian forces that’s stationed over there already very distrustful of every other player in Syria. They have really taking the strict order of restraint. Without it they’d make sure to retaliates in deir ezzor and al tanf for their general killed.

Ironic…
I read that the first spy drones were made by Israel in the early 1970’s. It’s funny, all they did was buy a lot of the grown man’s remote controlled planes which had just hit the markets and jimmy rig a camera to it. The IDF has been making and selling drones ever since.

Soviet’s had the Tupolev Tu-143 turbojet reconnaissance drone in early 1970’s – Syria actually flew their purchased examples over Israel during 1982 during Lebanon-Israel War. 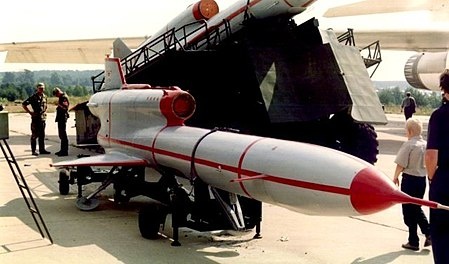 Initially Israel used Ryan Firebee’s to fly over Egypt, to get Egypt to use all its SAM’s.
It was so successful that they then built their own. By the 1980’s Iran was using drones in the Iraq(US), Iran war.

Time for Russia to return the favor and take out an Israeli advanced UAV or an Israeli F16 or F-35I.
All is fair in love and war.

Isn’t a Patriot missile much more expensive than that drone? I guess that Syria/Russia could play this game all year long.

The fact that Israel did not use a warplane to shoot down the drone is a good indication that they really fear the Pantsir and S-300 systems on the ground. This is like a wolf nipping at the ankles of a giant Caucasian sheperd dog. They know they can’t afford a full confrontation.

Now the child butcher Netanyahu could use a good soap to clean himself before Putin. Already Putin has told to his defence minister that I don’t like US, NATO and Israeli spies in surrounding countries.

Syrian oppositon activist source , about the same level of credibility as the resident hasbara trolls here like smaug , white gandalf , joe dirt , velociraptor , RichardD and many more puppet account they got ..

…cept RichardD is pro-Syria and anti-ZIO. The others are definitely Chosenite hasbara.

Hasbara operates in many form but one of their SOP is to distract the comment section by posting endless off topic posts , that this troll ‘RichardD’ repeatedly did.

Hmmm.. Hmmmm….. Something is out of Place with this story.
Knee Jerk Reaction to reading this Story: Iranian Drone went down and the Russians are going out of the way to take the Blame.
Option 2 A Russian Drone got shot down, Russians and Israeli’s are having a good time with Optics.
This Story Doesn’t Make sense. I cannot make sense of any of this.
Something is going on and I want to know.

Unfortunately it appears that VVP doesn’t regard Israel as a terrorist state. In his lifetime Israel was already a ‘state’ so for him it is apparently legitimate no matter the means by which it exists. So it remains to be seen how Syria(or anyone) Vs Israel(& Saudi etc) pan out from an RF point of view.

“This incident was likely a result of a failure in the de-escalation hotline between Russia and Israel”
Israel will never Apologize. They have everything to lose.
Trump Challanged China because He is Confident of his Victory. Israel Challanged Russia with empty hands

The Golan is Syrian territory.

According to dJoker’s tweet : ” shot down by #Israel the day before, in a field near #Barqah, a few dozen kilometres from the Israeli-occupied #Golan Heights on July 12, 2018″ ………. a few dozen Km’s from the Israeli occupied Golan Heights. In other words, deep inside Syrian Territory, albeit territory presently occupied by “opposition” jihadi ………. we can presume that this Drone was maintaining surveillance over the activities and disposition of jihadi militants (probably ISIS) in the countryside 15 – 20 miles to the East of the occupied Golan Heights and the Israelis shot it down because??? It was sending intel back to Russian /Syrian/Iranian Forces that probably showed assistance being given to IS jihadis by Israeli Armed Forces