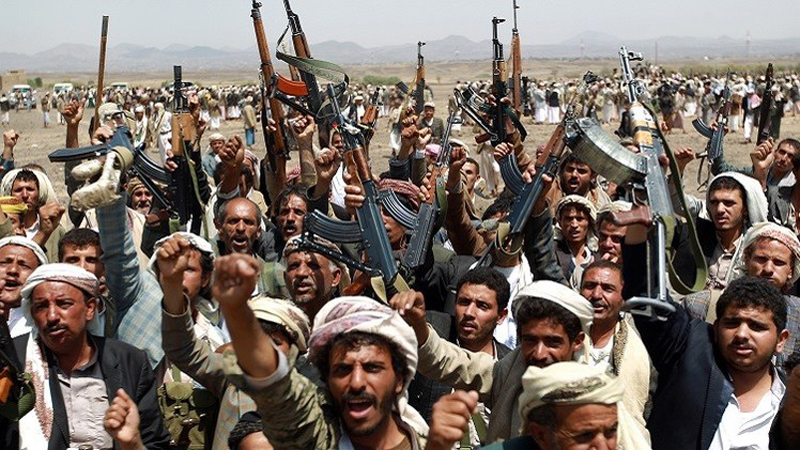 On July 14, a new offensive to capture the strategic Al-Hazm region in Northern Yemen near the Saudi borders was launched by the Houthi forces, backed by the Yemeni Republican Guard, the Fars news agency reported at the same day.

“If the Ansarullah forces seize Al-Hazm region in al-Jawf Province, then the pro-Hadi forces would suffer an embarrassing defeat near the Saudi border,” a battlefield source said.

If the key region is captured by the Ansarullah forces, the pro-Hadi forces and Saudi-backed mercenaries would end up in a very difficult situation and would be forced to reinforce themselves in the neighboring Ma’rib province to stop being crushed by the Yemeni popular forces in the province.

“A Sudanese colonel was killed along with 16 forces affiliated to the so-called Arab coalition in Ansarullah movement’s missile attack in Lahij, Southern Yemen,” the source said.

According to the source, the target of the attack had been the Arab coalition forces’ gathering center in Kersh region in Lahij.

The HOUTHI capital has been bombed. They need to return the favor and bomb the capital of Saudi Arabia at least once a week every-week. Until Saudi Arabia ends their attempt conquest of Yemen. The Houthi only hope is to Triple their missile production. And double the distance and yield of some of their missiles. Saudi Arabia can play this game for 50 years so long as their mega cities are not under bombardment. Once Saudi Capital is being bombed daily, this war will end in less then 6 weeks.

the non-sunni-fundamentalist world needs to know about the horrors perpetrated by saudi arabia in yemen. This war has been totally deleted by the “democratic” and “free” medias of the west, along with the notion that the country that heads the UN human rights commission is not a democracy, enforces death penalty by decapitation with a scimitar in a public square, and incarcerates anyone who speaks publicly against the government.