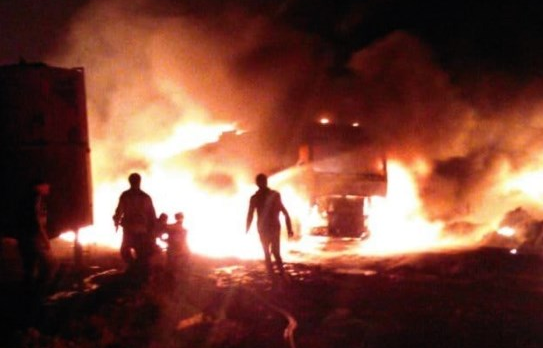 Several missiles struck the traffickers’ facilities and equipment, which are located in the village of Mazaalah southwest of the town of Jarabulus on the border with Turkey. No casualties were reported as a result of the strike.

Opposition activists said that the missiles were launched from the outskirts of the government-held city of Aleppo. The activists also shared online photos showing the remains of one of the missiles, a Soviet-made OTR-21 Tochka tactical ballistic missile. The Syrian Arab Army operates an unknown number of Tochka systems.

The OTR-21 has a range of 70 to 185 km depending on the variant and a circular error probable, CEP, of less than 70 m. The variant used in the strike on oil traffickers in Mazaalah was likely armed with a cluster warhead. 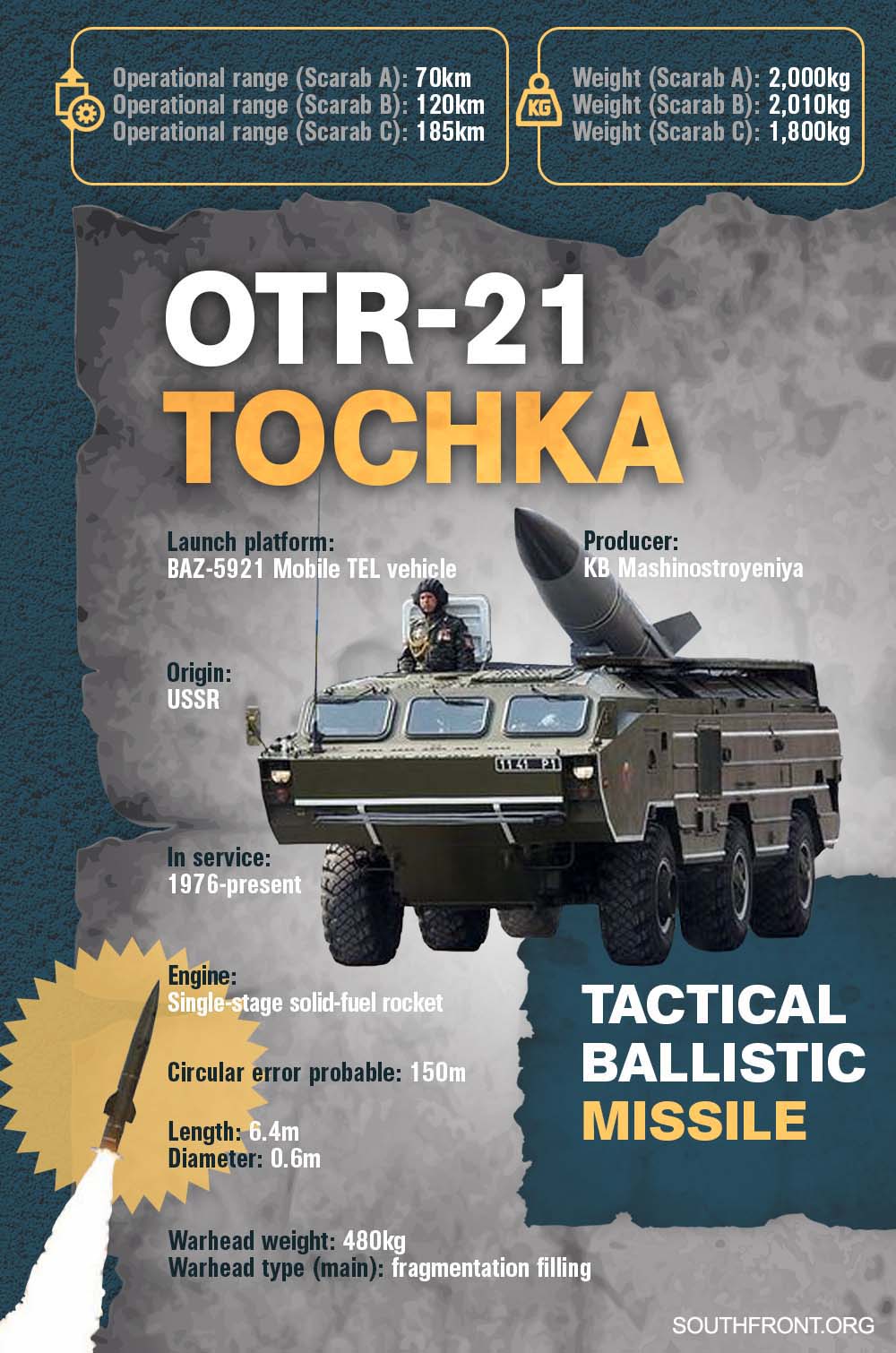 This was not the first such strike. Over the last year, several strikes with missiles and drones hit oil traffickers’ facilities and equipment in the Turkish-occupied areas. The most recent attack, which took place on February 9, was also launched from Aleppo.

Pipelines on Wheels are excellent Sitting Ducks for some Target-Practice & Testing all kinds of newly developed Missiles, Drones & Ammunition…considering the spectacular Effects & Results…BBQed AngloZioNazi Headchopping Oil Suckers are a very nice side effect….

The axis of resistance making sure the stolen Syrian oil does not move northward or westward.

It didn’t miss, you can clearly see the fire

Missed.. what fire?illustrative image thats all.

all militants should be eliminated from syria.

Turkey should target PKK controlled major oil installations since they are funding the terrorists budget.

It’s a start but most of Syria’s stolen oil is being shipped east into Iraq.

I meant to say east. Thanks.

More pretty fire works. :] But as to the reports of a ballistic missile being launched from just a few KM away from the target, I don’t think so, what a waste of an expensive ballistic missile, shoot it straight up and have it come down just a few KM away, any short range high explosive warhead could do that for a fraction of the cost. And I don’t think ballistic missile delivery systems are ever located so close to the front lines, so that also make me suspect there’s a mixup. Perhaps 2 missiles were responsible, a long range ballistic launched from a long distance and another short range missile launched from the outskirts of Aleppo. Whatever it was or wherever it was launched from it still did the job, they still made pretty fireworks, and I love pretty fireworks. :] The Russians lost their temper when they found out Erdogan and his son were buying oil smuggled from Isis, they bombed dozens of convoys with many dozens of trucks, hundreds in total, and they stopped the illicit trade between Isis and Turkey just like that [and provided the videos], so wouldn’t it be nice if we got a repeat of that effort now.