According to representative of the DPR Defense Ministry, Mikhail Tolstykh was killed by a shot from the Shmel flamer. 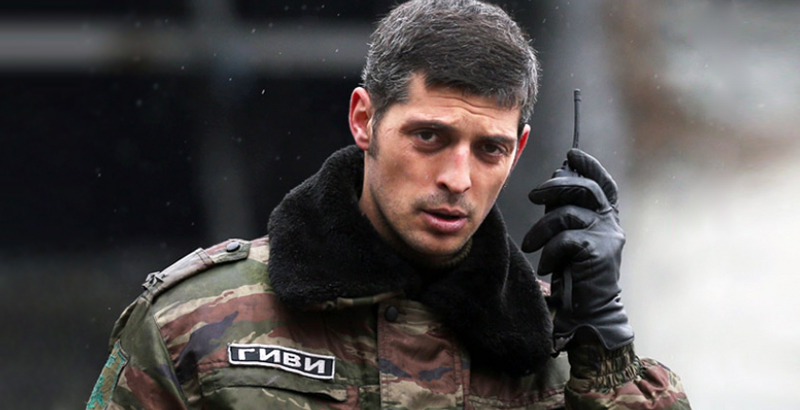 According to preliminary data, commander of the Somali battalion of the Donetsk People’s Republic (DPR) Mikhail Tolstykh, also known as Givi, lost his life as a result of a shot from the Shmel flamer, the RIA Novosti news agency reported, citing the Defense Ministry of the self-proclaimed DPR.

“According to preliminary data, Givi was killed with a shot from the Shmel flamer,” a representative of the department told the news agency.

According to commander of the Legion division, a deputy of the DPR parliament Sergei Zavdoveev, Givi was lying on the floor, his feet were turned to the window. One his leg was completely torn off, while the second leg was without a foot, as well as a part of his head was cut off.

Earlier, the DPR Defense Ministry said that the commander of the Somali battalion was killed in a terrorist attack, and called it “a continuation of the terrorist war, launched by the Kiev authorities against residents of the Donbass.” In connection with the death of Givi, the DPR has strengthened security measures.

The representative of the DPR Defense Ministry also added that the republic blames Ukrainian special services for the death of Givi.

“According to circumstantial evidences, we can easily state that this tragedy was organized by Ukrainian special services. We do not rule out involvement of adviser to the Ukrainian Minister of Internal Affairs, [Zoryan] Shkiryak, in this terrorist act,” the representative told journalists.

Meanwhile, press secretary of Russian President Vladimir Putin, Dmitry Peskov, said that the Kremlin hoped that there is a “sufficient safety margin” that would allow to avoid further escalation in the Donbass after the murder of the commander of the Somali battalion.

“Obviously, we are talking about attempts to destabilize the situation in the Donbass. Of course, we hope that there is a certain margin of safety, and those, who are behind such killings, will not manage to lead to further escalation. The situation is already, unfortunately, very tense, in connection with the aggressive actions, which are taken by the Ukrainian side,” Peskov said.

At the same, Peskov rejected accusations of involvement of Russia in the murder.

“We absolutely and quite clearly exclude any [involvement], deny charges of the Russian side of possible involvement in this, it cannot be considered. And as for those, who are behind the attempts of destabilization, they must be identified in the course of investigative actions,” the press secretary said.

Givi’s funeral will be held on February 10. Three days of mourning will be announced in the Donetsk People’s Republic.

Since May 2014, Tolstykh participated in the battles for Slavyansk, in the summer of 2014 – in clashes in the area of Ilovaysk. Since September 2014, he took part in the battle for the Donetsk airport. In September 2016, Givi was awarded the rank of colonel of the DPR.

Anyone else find that Peskov fellow intolerably slimy and servile? Again he spews the “just a provocation, we urge all sides to remain cool”..While people die daily..Pathetic.

It’s getting harder and harder to support Russia these days. It seems it does not wish to protect itself and its people so why bother?

Peskov have mentality of loser.If he was president,Russia would have ditched Assad and probably give up Crimea.

I remember reading somewhere that Putin was by far the most pro-Western leader in Russia, and that the forces opossing him are angry because he’s too soft with the West.

This could be true.The same thing with Syria before the war.Bashar wasnt so pro Russia.Putin even scolded him saying that he stays more in the Western capitals than Moscow/

President Assad, wasn’t he an opthalmic surgeon in London, before his father and brother were taken out? His wife is also English, is she not?

Yes and he was visiting the Western capital.He met even with the Queen.

‘The Media Coverage on Syria Is the Biggest Media Lie of Our Time’ — Interview With Flemish Priest in Syria… http://russia-insider.com/en/politics/media-coverage-syria-biggest-media-lie-our-time-interview-flemish-priest-syria/ri18870

He is not the most pro-Western for sure. But he stands somewhere at the middle of the scale. In any case, his days of glory are probably past him. His leadership has become uninspiring as of late..

Sure, that must be why there was a color revolution attempt in 2011. There are no significant not western-oriented forces in Russia wishing to get rid of Putin.

DPR should return the compliment by assassinating some of the Ukrainian hierarchy.