New details about the usage of Russian-made UAZ Patriot vehicles, equipped with the Kord 12.7 mm heavy machine guns and the AGS-17 grenade launchers, in Syria 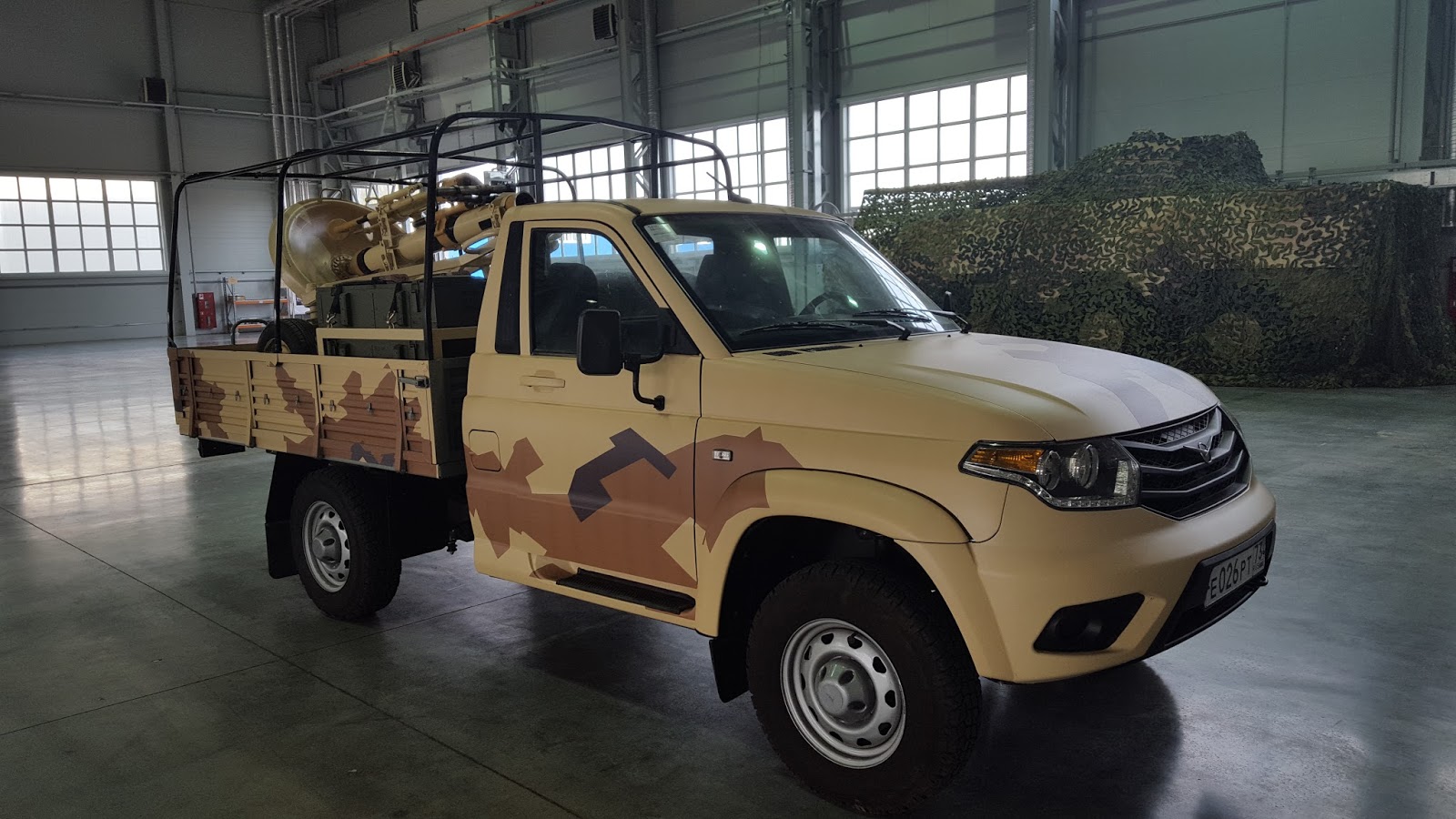 Recently, SouthFront reported that unique multi-purpose off-road vehicles, based on the Russian-made UAZ Patriot, were sent to Syria. Now, more details on this fact became known.

As the Komsomolskaya Pravda daily newspaper reported, citing an unnamed source in Russian Defense Ministry, the UAZ Patriot, equipped with the Kord 12.7 mm heavy machine guns and the AGS-17 grenade launchers, would enhance combat capability of the Syrian Army.

“The UAZ Patriot pickups, equipped with the Kord 12.7 mm heavy machineguns and the AGS-17 grenade launchers, have been dispatched to Syria in order to allow the government forces to better resist during clashes with terrorist groups as they give operators a fire power of 2 kilometers in radius. In addition, if needed, the vehicle can be equipped with the Konkurs or the Kornet anti-tank missiles, which are capable of hitting enemy targets at distances of up to 5 km. It can also be armed with a 120 mm mortar launcher with an effective range of 9 km,” the source told the newspaper. “The weapons can be mounted on a rotary turret, allowing the operator to instantaneously change the arc of fire,” the source added.

According to the source, features of the Russian-made gas-powered vehicles include an armor protection, upgraded all-terrain capabilities, a one ton carrying capacity, as well as special tents for protection against shrapnel, power plugs for night vision and a storage compartment for ammunition.

As experts said, the new vehicles may replace the UAZ-3132 Gusar, which is currently involved in military operations in Syria. The UAZ Patriot can be also used in order to protect humanitarian convoys in the country, “to engage agile urban combat, attack and pursue the enemy in the desert, and deliver ammunition to friendly checkpoints.”

According to Komsomolskaya Pravda, the modern UAZ Patriot pickups were sent to Syria by Moscow in response to over 60,000 Toyota pickup trucks, supplied to the Islamic State (IS) terrorist group in Syria and Iraq by the governments of several Middle-Eastern Arab states, in particular, Saudi Arabia, the UAE, Qatar and Jordan. The data was received via the Toyota customers’ list in the Middle East, revealed by the Toyota Company after the Russian Defense Ministry sent photos of hundreds Toyota pickups of the IS, seized or targeted by the Syrian Army, to the company in Japan.

As the list of main customers showed, 22,500 pickup trucks have been purchased by a Saudi firm, while Qatar bought 32,000 vehicles, the UAE – 11,650 and Jordan purchased 4,500 Toyota pickups. Loans from several Saudi banks were received by the Jordanian Army for the payments.

The most part of these vehicles has been delivered to the IS terrorists in Iraq and Syria. Informed sources also confirmed that the IS group has received over 60,000 Toyota pickup trucks.

Earlier, US officials announced that they are going to hold an investigation in order to know how the terrorist group has received these vehicles. However, later, analysts said that Washington also took part in export of hundreds of these pickup trucks to Syria. 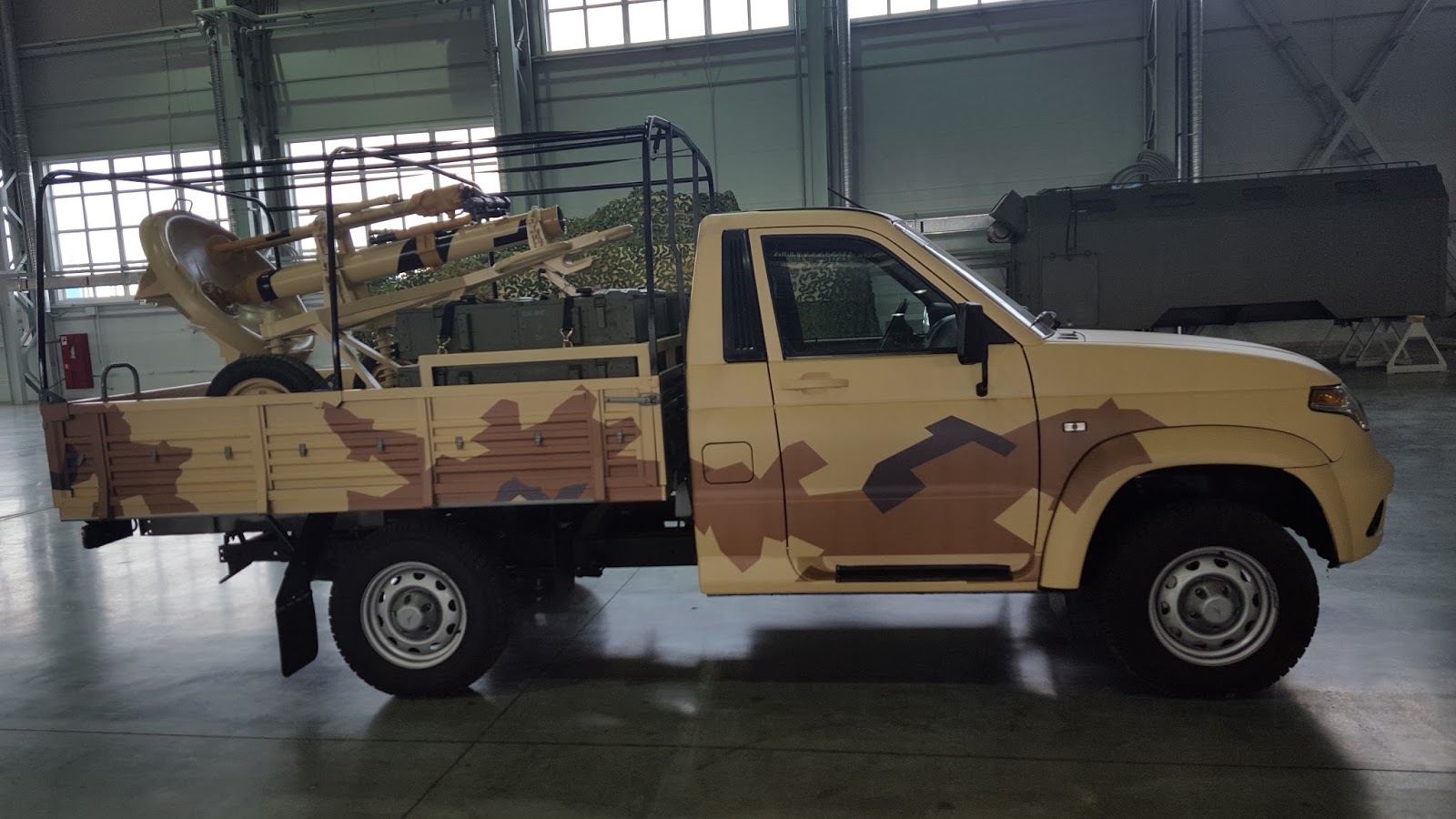 home made equipments and weapons are becomming more and more pop.

Very funny. Now the russians has the best cars as well. Next will be parking space – the whole sibiria.

They are working hard for it. The many dead killers are collecting firewood all over there for a swetty Gabrial.