Local sources said the explosion was caused by a heavy improvised explosive device (IED), which was planted near al-Balad’s Boys School. Three men were killed in the explosion, according the sources.

The casualties were identified as Issa Mustafa al-Akrad, Iyad Ayman al-Hammadi and Nour Al-Din Ayman al-Hammadi. The men were attempting to dismantle the IED when it blew up killing them.

Isaa, Iyad and Nour were reportedly former fighters of the Free Syrian Army. In mid-2018, they joined the reconciliation process and returned to civilian life. 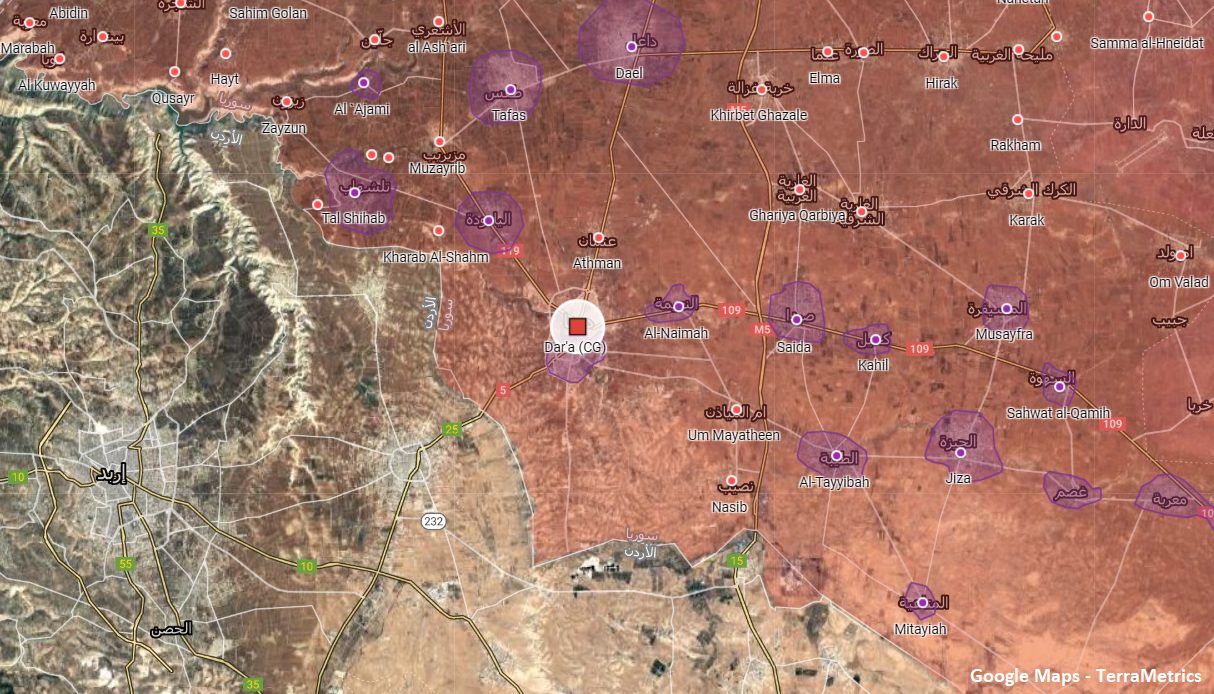 Two days ago, a similar IED attack targeted a civilian car in the eastern countryside of Daraa. Three people, including a woman and her daughter, were injured in the explosion.

No group has claimed responsibility for the recent attacks, yet. However, ISIS remains the main suspect. The terrorist group’s cells in Daraa became very active in the last few months. The Syrian Arab Army and local fighters are working to address this threat.

Syria has no Tiger Force anymore. The leftovers from them are included in some other unit.

i am turk live in Denmark support Gaddafi and Assad world best ;)

I wish You luck. You will need it.

Another example of how Assad deletes freedom in his country.

The FSA never really reconciled with the government, they were beaten into submission and then they were swiftly conscripted into the FSA, the whole 25,000 of them, and then they eagerly turned on their old allies HTS and Isis and helped the SAA bomb them into oblivion, LOL, that’s not reconciliation in my books. So if these guys were ex FSA fighters don’t feel too sorry for them even if they do work for the government, these guys are the same as the FSA fighters in Idlib, pure anti Assad, just because they were forced to work for Assad doesn’t necessarily mean they do work for Assad, it’s quite possible and highly likely they were working against Assad, even though they do supposedly work for Assad’s government. Any opposition fighters who joined the SAA or the government post august 2018 are most likely forced conscripts, the ones who joined pre june 2018 are usually pro Assad or at least loyal to Syrian sovereignty, but all the ex FSA fighters have to be viewed as probably unloyal, that’s way more likely to be correct than the possibility they are truly loyal to Assad.