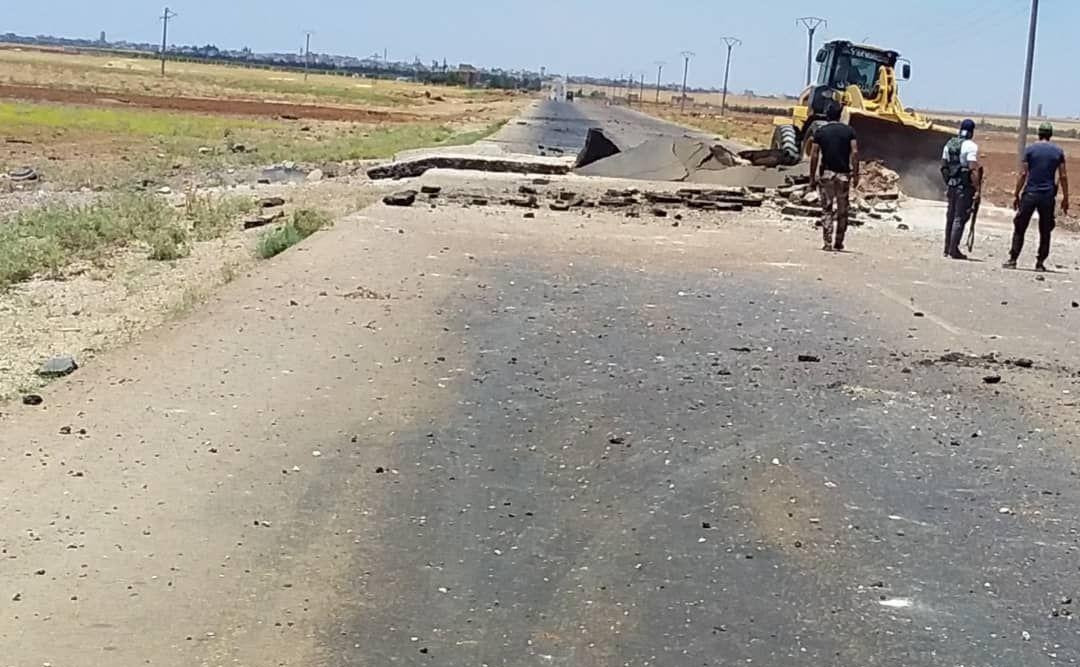 On August 19, an officer and four soldiers of the Syrian Arab Army (SAA) 112th Brigade were killed when their vehicle came under attack in the western countryside of Daraa.

Unidentified gunmen, likely former rebels, targeted the military vehicle with an improvised explosive device as it was passing on a road linking the towns of al-Shabraq and Ain Thakar. The attack was most likely carried out in support of former rebels in the southern part of Daraa city, known as Daraa al-Balad, who have been besieged by the SAA for nearly two months now.

This was not the first such attack this month. On August 5, a similar attack targeted a vehicle of the SAA in the eastern countryside of Daraa. Back then, two service members were killed on the spot, while three others died a day later of their wounds.

The new attack will likely lead to a serious escalation in Daraa, especially that it came at a time when Russian efforts to settle the crisis in Daraa al-Balad are collapsing.

Local leaders in Daraa al-Balad rejected a Russian roadmap to settle the crisis peacefully. The roadmap, which was presented on August 15, was guaranteed to reassure the locals, fulfill the demands of Syrian authorities and secure Daraa al-Balad.

Syrian authorities are still determined to collect all remaining arms from Daraa al-Balad, expel more than a hundred wanted gunmen and deploy troops in the area.

The repeated provocations by former rebels in Daraa could eventually force the SAA to kick off a full-on military operation in the southern governorate. The outcome of such operation won’t be in favor of the poorly-armed former rebels.

They are not former rebels they are terrorists filth.

“The repeated provocations by former rebels in Daraa could eventually force the SAA to kick off a full-on military operation in the southern governorate. The outcome of such operation won’t be in favor of the poorly-armed former rebels.” Okay, maybe you have not been paying attention, but those rebels have picked off hundreds of SAA and others over the past couple of years. SAA came in with an offensive and then called it off. Massed troops never really utilized. They could have swept through, but those poorly armed rebels would have inflicted massive casualties. This is why they backed off. SAA left behind a bleeding ulcer in Daraa and east in order to focus on Idlib (the 2019 offensive was a disaster). No wonder even pro Assad criticize generals in Damascus.

See what they did here. They tunneled under the road from the side , place their bomb under the tarseal, probably backfilled the hole and blew the vehicle up as it passed overhead with no sign on the road of a sizeable bomb. This is what they should be doing to those re supply convoys in Iraq not just making the drivers shit their pants.