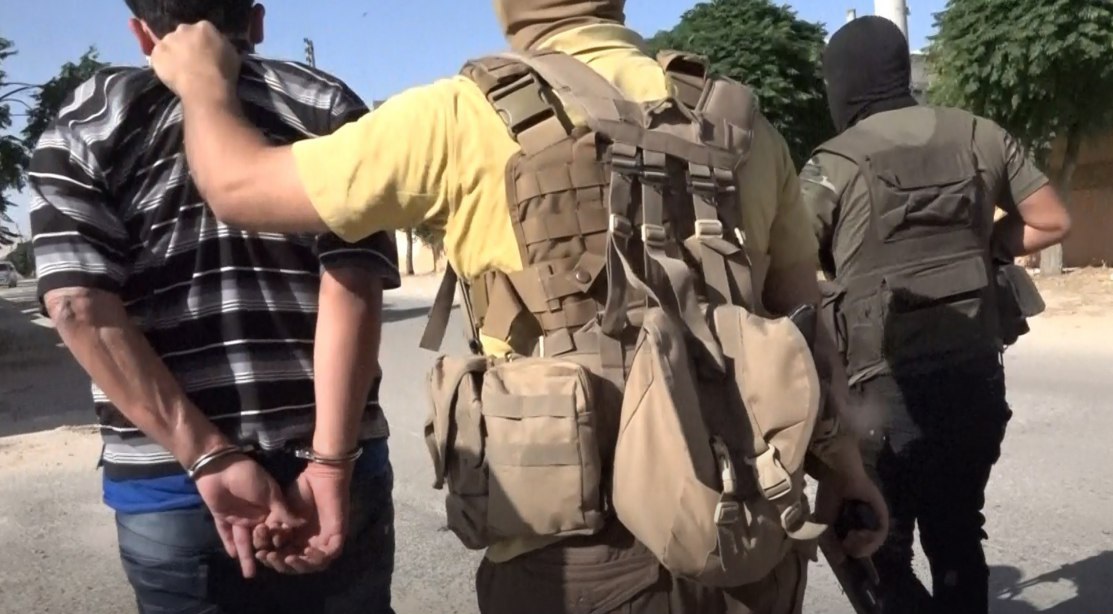 A new conflict between al-Qaeda-affiliated Hay’at Tahrir al-Sham (HTS) and Turkish-backed forces is brewing in the northwestern Syrian region of Greater Idlib.

On August 27, HTS arrested two commanders of the al-Sham Legion, a main faction of the Turkish-backed National Front for Liberation, for no clear reason.

The commanders were reportedly picked up by HTS’ security forces on one of five checkpoint established in the morning by the terrorist group around the town of Darkush in the western countryside of Idlib. HTS seized commanders’ personal weapons and a vehicle.

The captives were identified as Ammar Shartah, military commander of the al-Sham Legion’s Hananu Brigade, and field commander Maher Jabas.

The two commanders were reportedly taken to al-Zanabqi prison, one of HTS’ infamous detention facilities in Greater Idlib.

The arrest of Shartah and Jabas provoked locals in their hometown, Kafar Takharim, in the northern countryside of Idlib. Furthermore, the Sham Legion placed all of its troops on high-alert.

Initial reports indicate that HTS will release the commanders. Yet, the arrest of the commanders has already created tensions with Turkish-backed forces in Greater Idlib.

The Turkish military and its proxies supported HTS during the Syrian military’s last offensive on Greater Idlib. Nevertheless, the terrorist group continues to tighten its grip on Greater Idlib by oppressing anyone who dares to challenge its will.

Appears to be a propaganda stunt. hts are paid garbage playing the role of cannon fodder on behalf of the turks, for the SAA and allies.