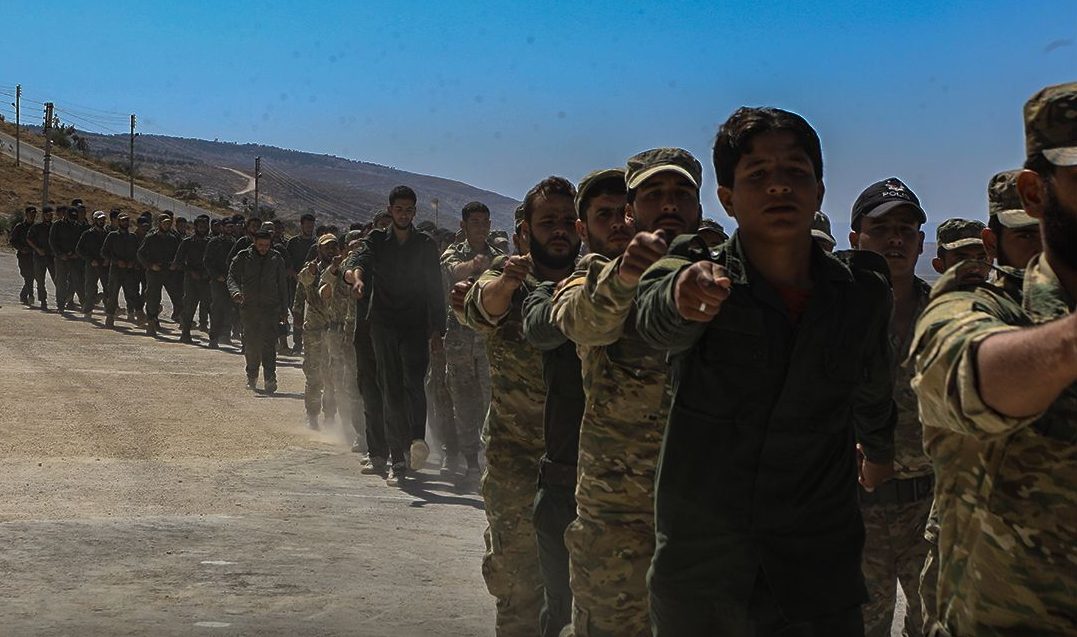 A new batch of 250 Turkish-backed Syrian militants has arrived in Libya to defend the Government of National Accord (GNA), the Syrian Observatory for Human Rights (SOHR) revealed on May 10.

According to the SOHR, the number of Syrian militants fighting for the GNA in Libya has risen to 8,250.

“The [new] batch includes fighters from the town of al-Atarib as well as others from other Syrian areas, they were recruited in the ranks of the Sultan Murad Division and the Sultan Mehmed the Conqueror Brigade by fighters who returned from Libya on a visit,” the SOHR report reads.

The monitoring group also revealed that at least 3,300 Syrian militants are receiving military training in Turkey ahead of deployment in Libya.

A day earlier, the SOHR said the number of Turkish-backed Syrian militants killed while fighting for the GNA has risen to 268. Recently, the dead bodies of seven militants who were killed in Libya arrived in Turkish-occupied areas in northern Aleppo.

Despite the mounting losses, Turkey is apparently still planning to deploy more Syrian militants in Libya. This plan has failed to secure any serious achievement for GNA forces, thus far.

Best solution for all: let’em fade away in the desert.

These stupid cunts want to go to Europe, they don’t even understand the Libyan dialect of Maghreb Arabic heavily interlaced with Berber. Libya has no history of Wahabbi cuntism either, so the local Senousi tribes will never accept them. Even though I am quite fluent in the Persian Gulf or Bandari Arabic, it takes me a while to understand Berber laced Maghreb Arabic.

The Turkish admin will put them in a nice pasture and give them all the grass they can eat until it’s time to go visit Karmaville.

Israel should use them nuclear weaps they supposedly have on these turkgay cockroaches … They ll earn respect for the next decade (at least). In fact nuc Tripoli the whole city. Grow some b@@ls Israel. Iran will soon have the bomb too…and then it will be too late.

Zionists are as queer coward cunts as their Turkey masters.

too insecure to fight their own wars, turkeys, like amerikans require proxies

Turks are historical cowards. Their Ottoman army kidnapped Balkan children and used them as Janissary cannon fodder. The Anatolian mongol half breed cunt is a born degenerate coward.

Sorry, you are incorrect!!…turks are historical cowards and STUPID so please, next time try to be more accurate!.. ;))))

Thanks, I stand corrected. You can add retarded morons and goat fuckers to that accurate description :)

Americans ARE the proxies –the proxy of Israel.

The evil and cowardly Turkish cunts are forcibly sending totally untrained headchopper cannon fodder to die in Libya. These morons have no air cover, heavy artillery or even transportation. They are simply dropped off on the outskirts of Tripoli to die as they have no leadership of command structure. The lucky ones will escape to Europe. The Turkey MIT shitheads are holed up in 5 star hotels on Tripoli and can not even converse with these dumbasses as the Turkeys can’t speak Arabic and vice versa. The goat fucker Erdogan needs to face war crimes tribunal for forcibly recruiting child soldiers.

Aren’t the Syrian Militants desperately needed in Syria? That’s 11,500 militants that could be fighting the Syrian government. I don’t understand Turkeys rationale.

“This plan has failed to secure any serious achievement for GNA forces, thus far.”

I don’t think that was the plan.